This is really a long overdue post which I suppose to do so (not for the sake of advert because nobody ask me to) last year but then only doing it today is because I found the photos.

I have been to Taiwan for many times and basically, I just get myself stuck in Taipei. Always. I don't know why but probably because I'm too lazy to plan for trips further down to other places like Tainan or even Taichung. I've been to Kaoshiung and so is their Liu He night market. Heard lots about Bear Paw Bun and I think was this Taiwanese variety show, 食尚玩家 (Super Taste) that I got to know about Bear Paw Bun. I'm a superb big fan of Super Taste. I get to know all about Taiwanese food through this show mostly.

We visited their main shop, Scape in August 2013 and now they have a 2nd outlet at Bugis Junction. Was quite looking forward to it because it is so convenience now that it is in Singapore. 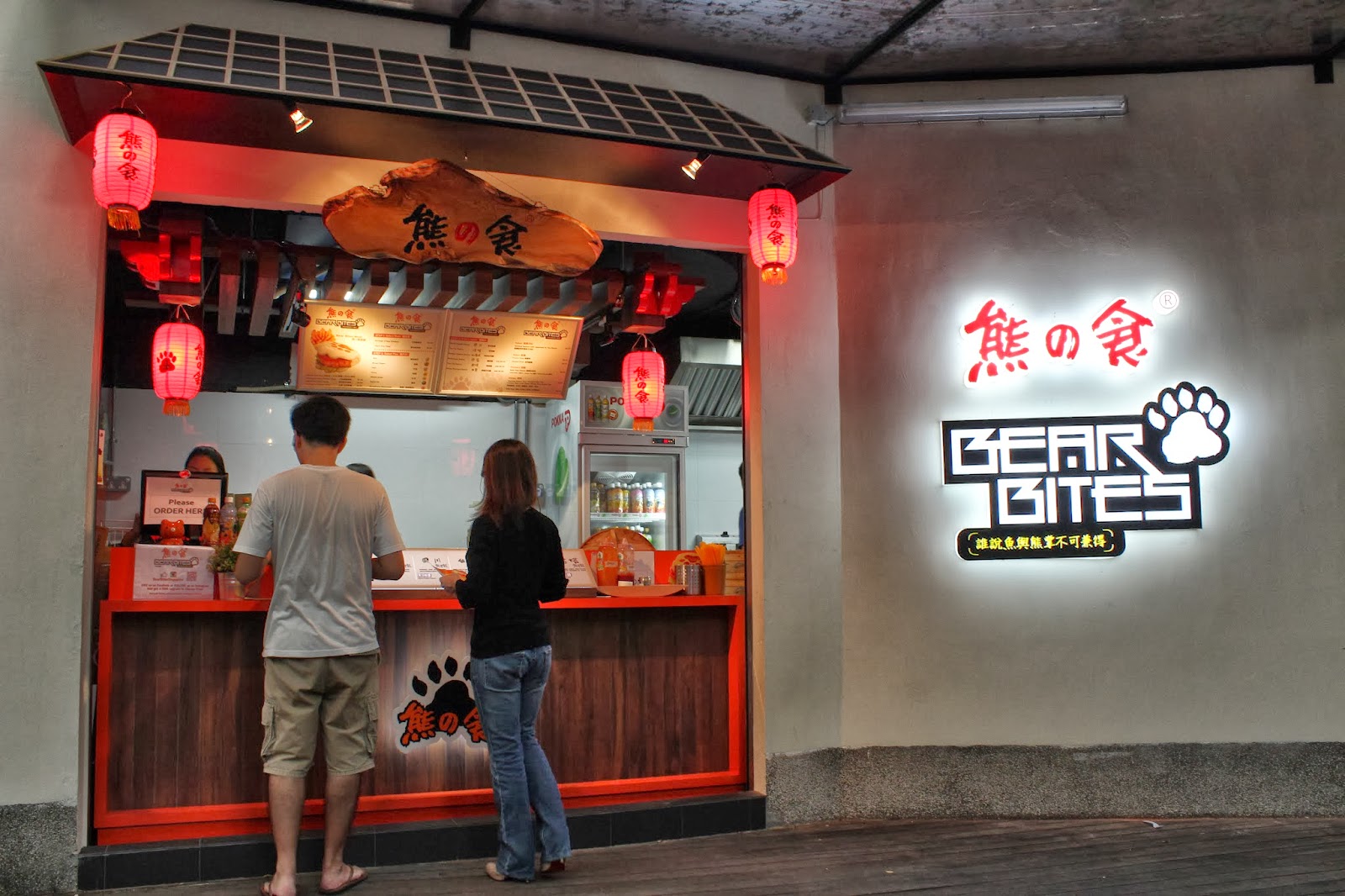 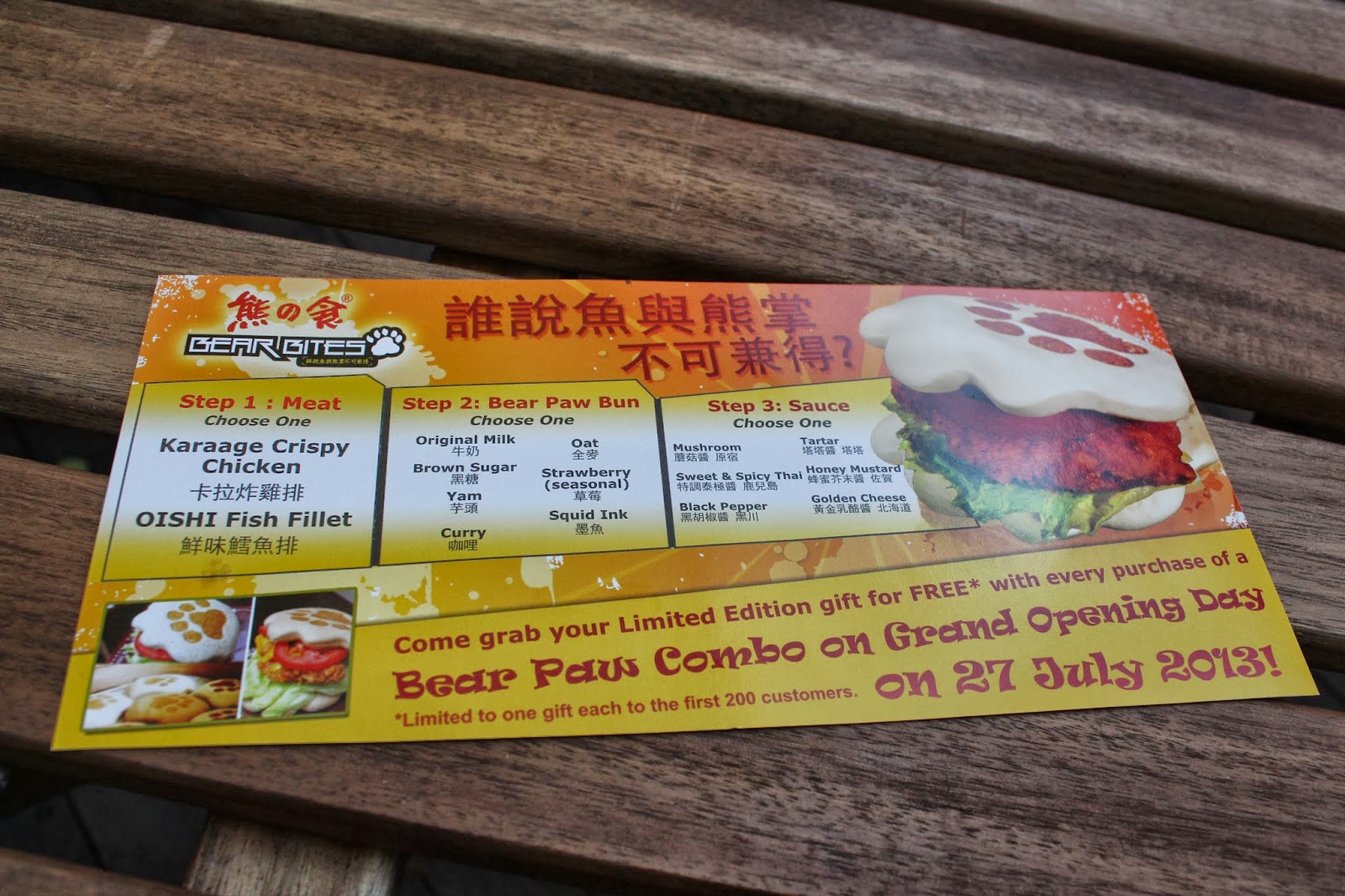 My friend and I ordered their set meal that includes a paw bun, fries and a bottle of drink that cost us about $8+ per person.

There are 3 steps for ordering our meal. First choose the meat, then the paw bun and lastly the sauce.

There are normal or cheese fries to choose from. And if you 'Like' their Facebook page, you can upgrade your fries to Cheese fries for free. If not you have to pay a dollar for that. But was only during that time (pls remember is an overdue post). 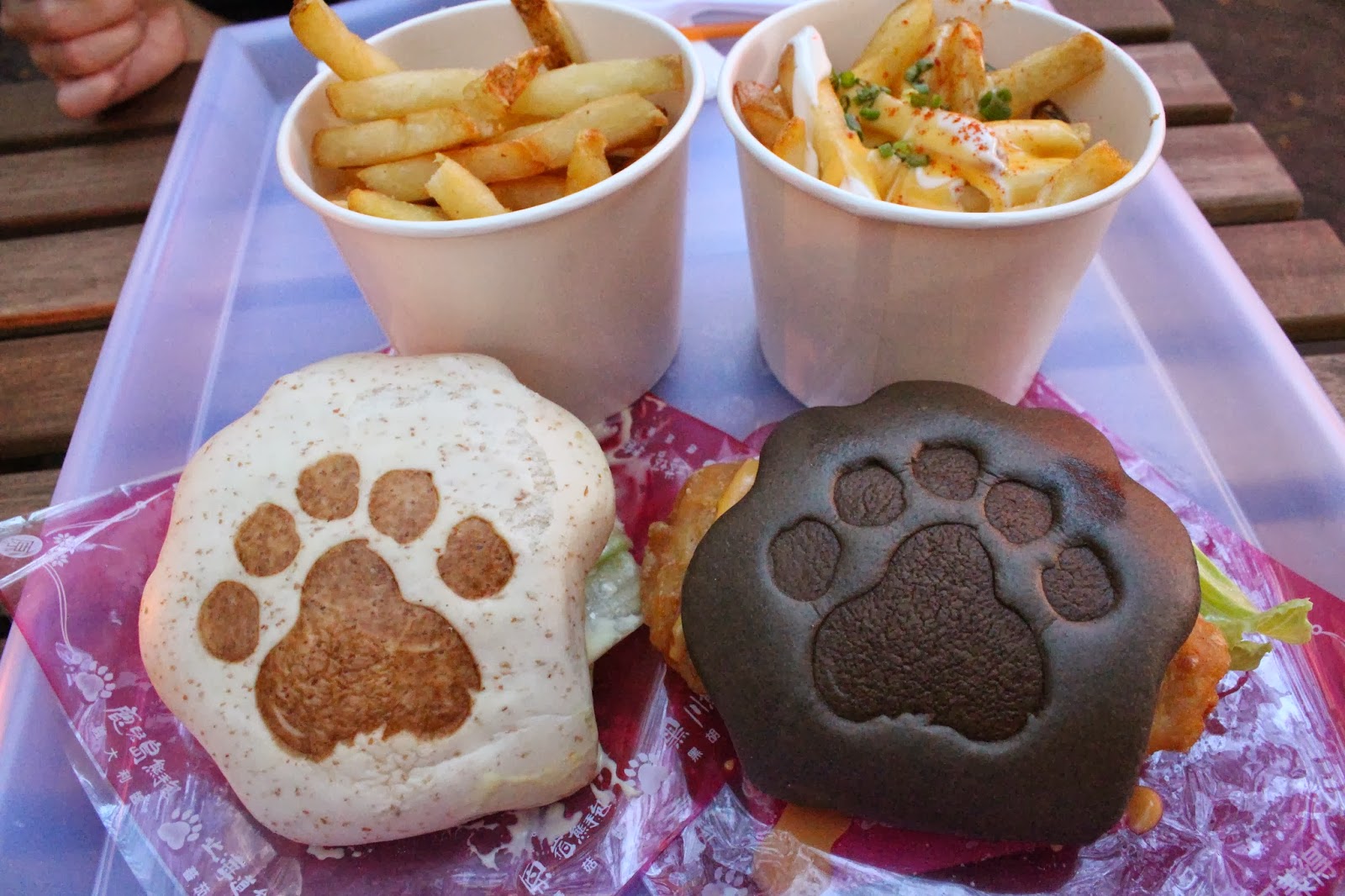 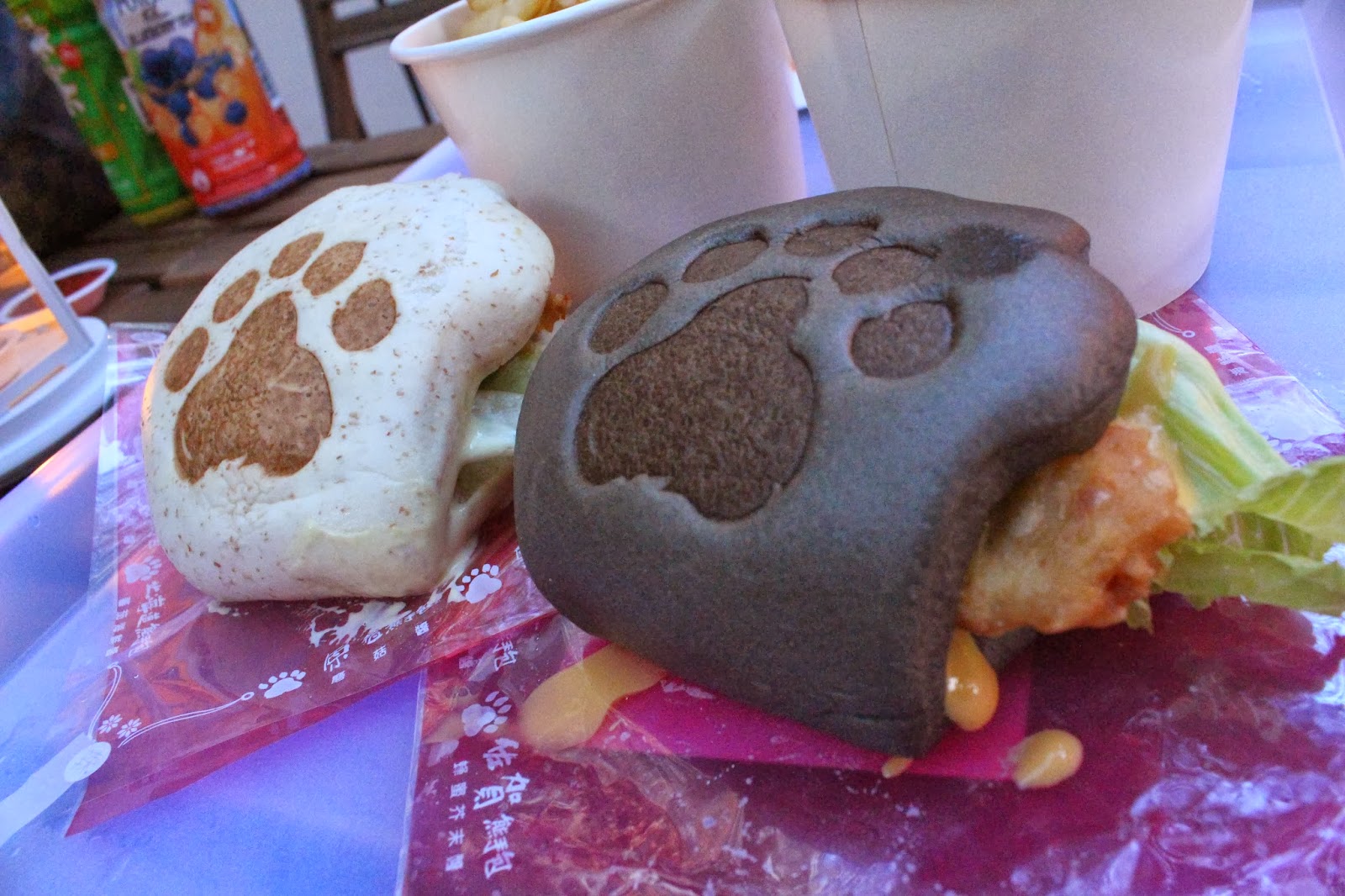 Something commendable about their steamed buns is that even if you have leave it in the open for awhile, the texture remains soft and doesn't harden up easily. Well done for that. But you won't feel that great eating something cold, don't you? So my advice is to eat it fast and furious!

The portion was big but I don't really like the taste of their fish because there is a smell coming from it which feels like it didn't defroze properly or the frying is not enough. But the cheese sauce was great, acceptable taste and not like some diluted ones.

Same goes to the crispy chicken for its portion. But nothing to 'WOW' about because it tastes like any other fastfood restaurants' crispy chicken patty. And I bite on some fats. But if I were to choose between fish or chicken, I will take the latter. Don't ask me why. I just have this preference on chicken than fish.

Oh... And I like honey mustard sauce. Yes! Freaking good. When I had Subway sandwiches, I choose that too. Yummy and it enhances somehow the taste of the chicken, which is way better than mayo sauce on a McChicken.

Mediocre but then we finished up everything. Cheese fries was good. And I love thick fries, or probably all french fries of different shape and sizes.

To me, it is a messy and dirty affair when having their bun. The carrier/plastic to contain that filled bun isn't ideal still because of their meat portion, sauce and veggie that keeps slipping away from the bun to have it in a whole. Get ready for that.

And for their seating capacity, quite limited like probably about 15 pax the most (during that time but not sure about now). And especially if you met inconsiderate customers who just take a chair from another table for their bags or whatever, that's it. Because there is no extra chairs for you even if you asked the staff. And beware of flies flying around if you do not have a candle lamp on your table. Very irritating actually. Luckily we got one for ourselves as another table's customers doesn't want it.

I think that Paw Bun frenzy has die down a little as compared from last year when it first launched in Singapore. I mean from what I see. At least there is something to look forward to. A steamed bun burger versus a normal fastfood burger. I personally feel that what stands out from them is that bun. That Paw bun! I guess everyone are attracted by the cuteness of their paw bun. So am I. A picture perfect bun which die die must take picture with. And also their cheese!!!!