I personally look forward to finishing up my undergraduate program with all passes. This is top priority!  I know is not gonna be easy but I must get over it.

Anyway is Christmas Day! I shall share with you my over-exaggerating month of December, full of logcakes. Reason because my mum wanna collect the cute Christmas figurines. I am wondering if Phoon Huat sells those figurines. If there is, I will go buy instead of spending so much on logcakes. Too much logcakes is fatness to me.

The first logcake is bought by myself. I went Jurong Point and happens to see that there is promotion at Prima Deli. And so I bought it. Promotion price at $35 but my credit card has rebates or whatsoever which I can redeem so end up paying only $31++. Not more than $32. To mi, is quite cheap already as compared to others which can cost up to $50-$60... Our first logcake of 2012 is Blackforest. I love it. 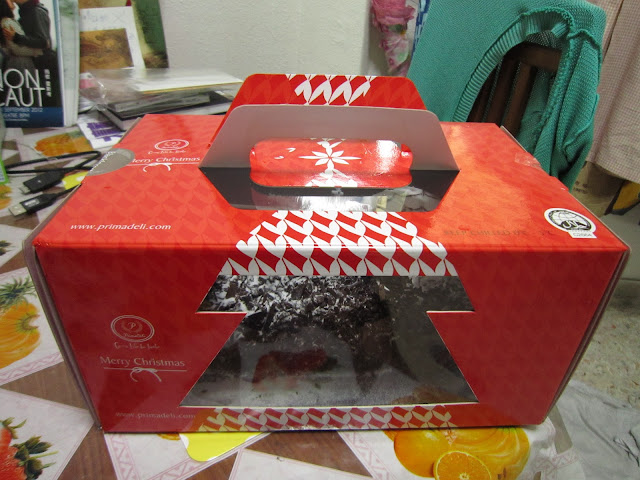 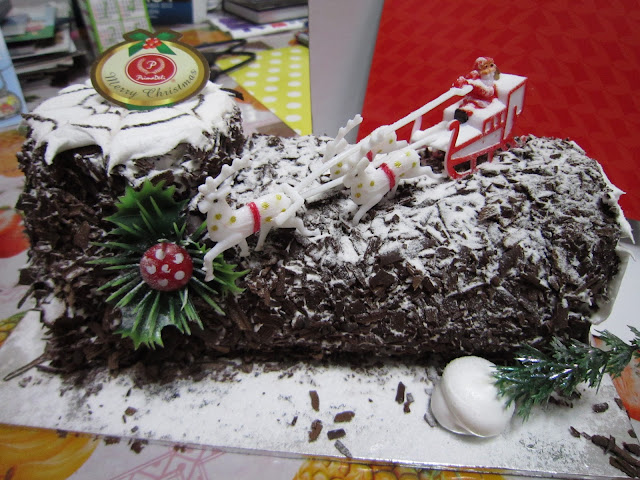 Yup the 2nd one was bought by mi as well. I wonder around Kopitiam at NUH and saw the beautiful logcakes Swee Heng have. Goodness... Is even cheaper at $28. And as I have the Kopitiam card, discount further and so I pay only $25++, less than $26. And is Blackforest again.  So happy that I call my mum to tell her about it. And funny thing is, she just called me earlier on but never mentioned that she actually ordered another one on the same day at the bakery near our house. OMG! That means total of 3 logcakes. *Faint* 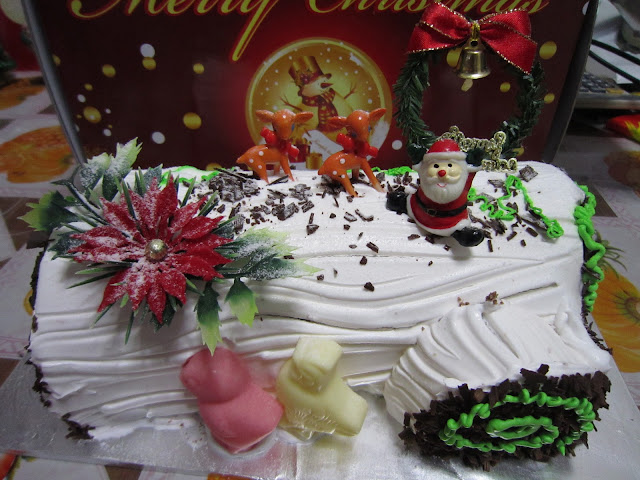 The last one will be from neighbourhood bakery. $22 and is the cheapest of all we bought. Goodness... So crazy in wanting to get the figurines. This time round my mum bought Vanilla flavour. Tink she had enough of Blackforest. Wahahahaha... Think is enough of figurines? U are wrong. 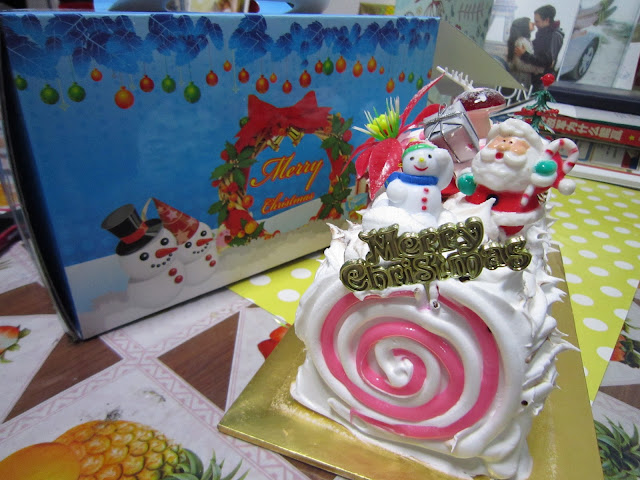 This time round, is not logcake anymore. Is cupcakes. I told my mum the other day that I saw lotsa mini logcakes at Causeway Point which has those figurines. I wanted to buy but I wonder who to finish up the cake. So I drop the idea but still in mind, to buy or not to buy. So on Christmas eve, I was at Jcube. Pass by Pique Nique and saw the cupcakes with figurines. OMG. I was thinking maybe I buy two of them, one for myself as lunch and one for my mum for her tea time. So I bought it. For the sake of the figurines again! And I never expect their boxes to be so pretty. So floral. I never expect myself to have a liking of floral. Ya... I like floral prints but not real flowers. Hee... 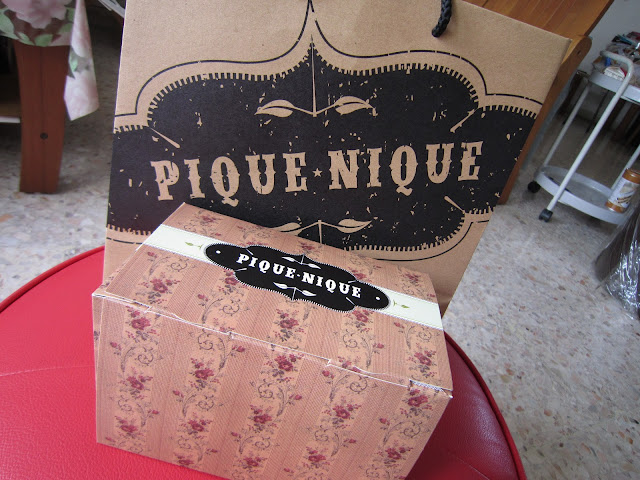 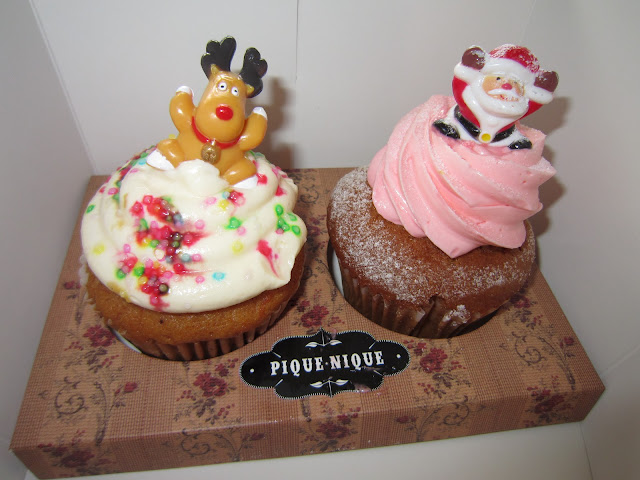 So this post is all about cakes. Wahahahah.... Maybe I do another post on Christmas again. Later on... I am heading for Christmas buffet lunch at my Uncle's house. Usual practice every year, although I seldom turn up and always with my guy but this year, I decided to go. I think my Uncle will buy logcakes too. I am going to snap down the logcakes again. Wonderful!!!! So stay tune to my next post. Hopefully by this week. Enjoy your day.