I'm back for more food reviews. Finally settled my first draft for one assignment but still got lots more to do. I hate assignments! Anyway it didn't spoil my mood in eating and I am eating more.

TGIF! Yes... Friday night! Time to chill out after 5 days of work. Met up with my ladies for dinner and drink at Boat Quay. Initially we chose Harry's Bar but freaking insane. Not even 7pm and is packed. So we went further down to Dallas. Same problem. Then finally settled for Red Dot Brew House which is just further down.

It is packed too but manage to get seats at their semi-indoor area. Service is not very good. See us no up is it? When we sit down and ask for menu, means we got money to pay. Don't ignore our presence when we want to order drinks! This is very rude. Even if you are short of staff, that is not the customers' problem.

Anyway finally we got someone to take our order. Had their beers and some finger food while waiting for the rest to come. While waiting, I do my usual thing. 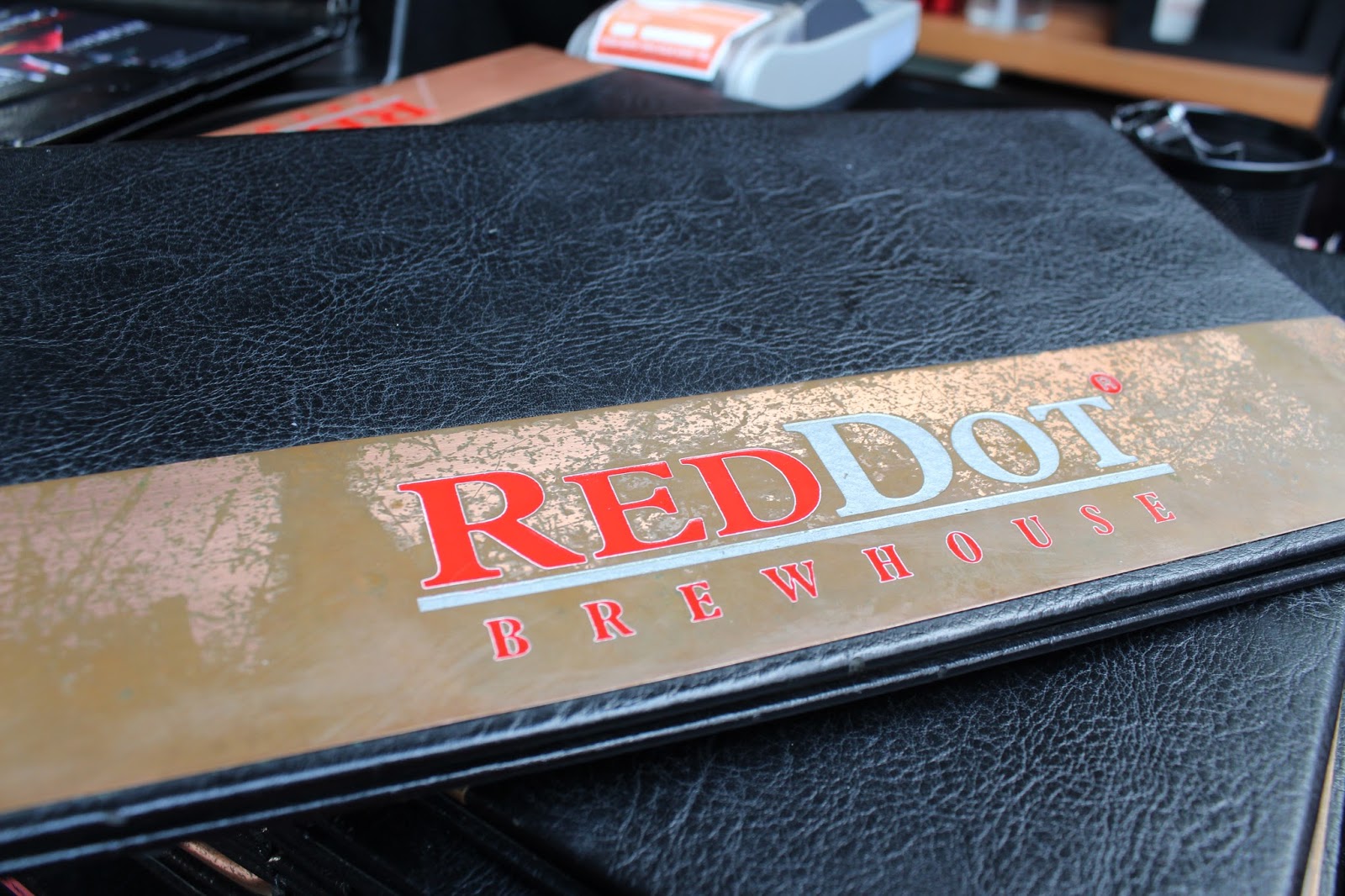 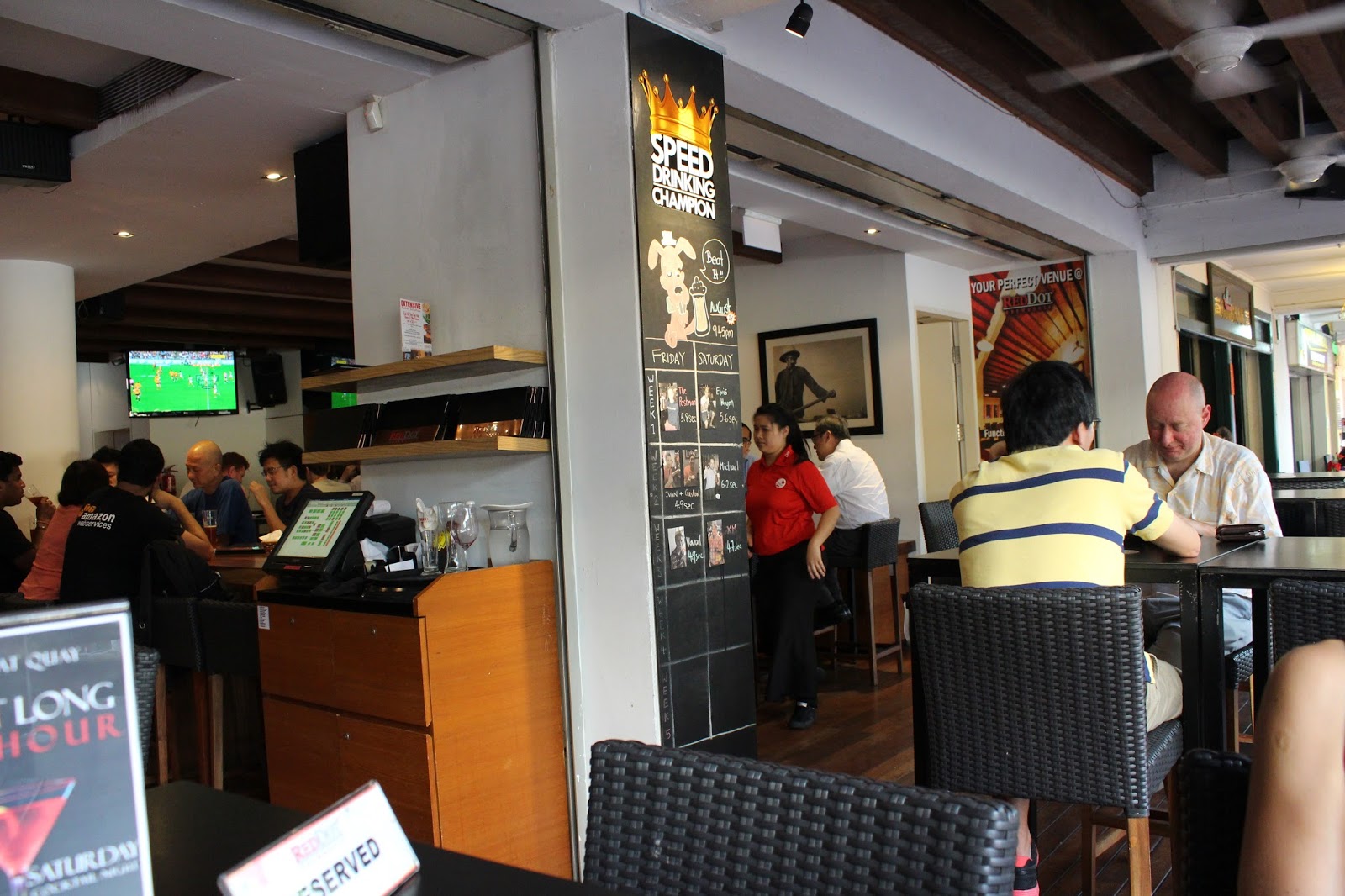 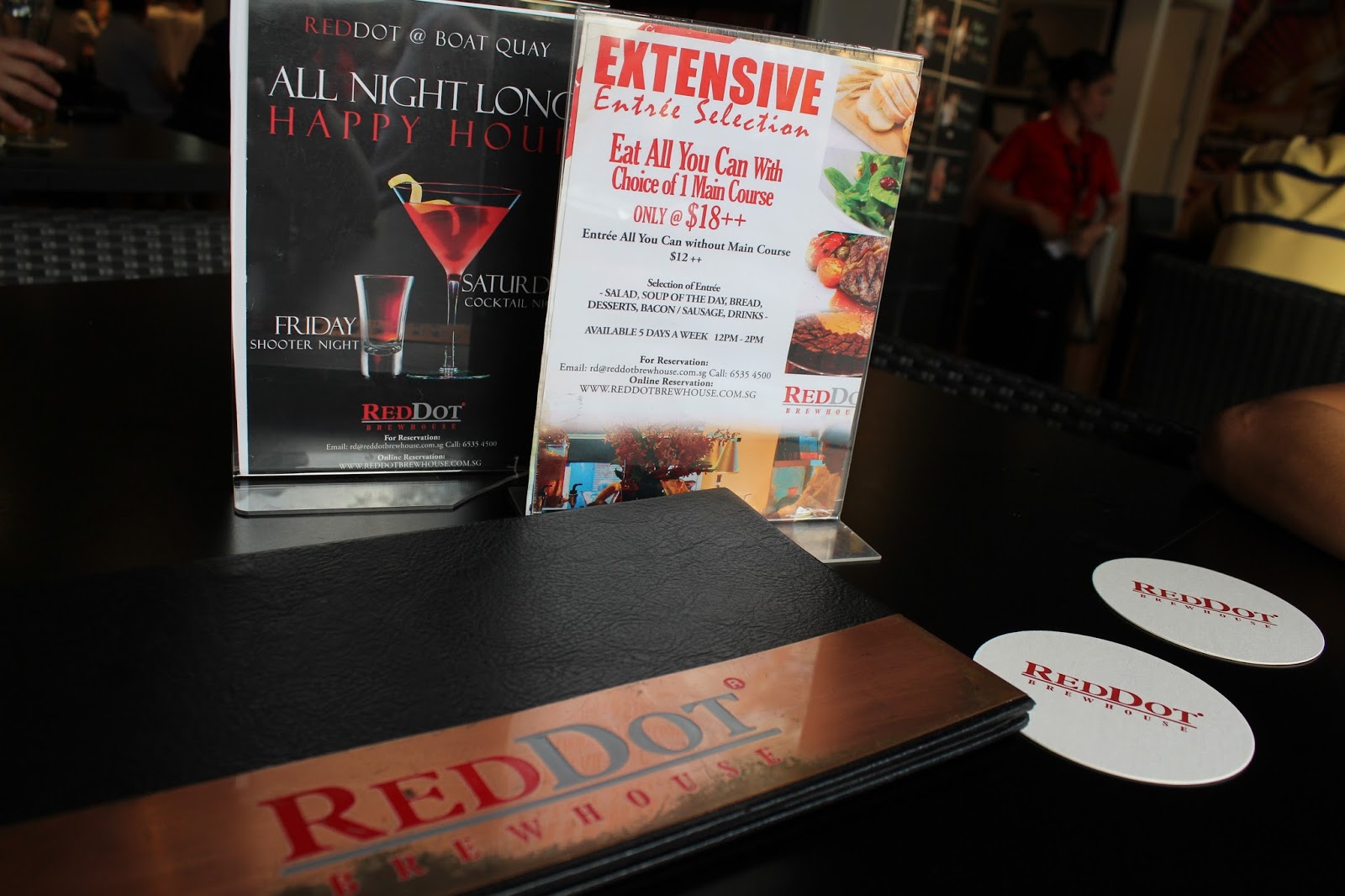 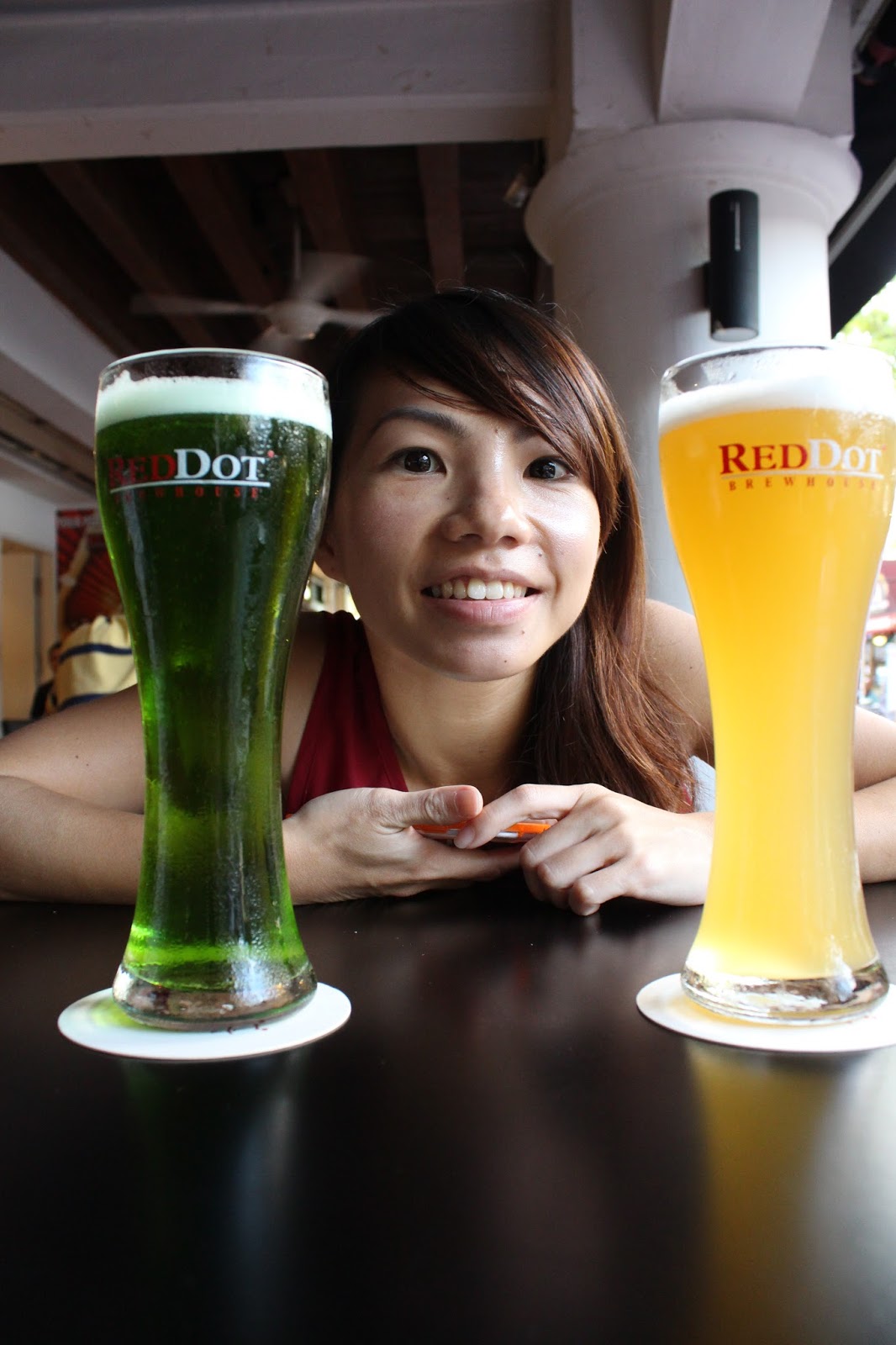 Here comes our beers. The green one on the left is Monster Green Lager Beer and on the right is Weizen. And excuse me. The taste is just like any other beers that we had before. Not like what they have really describe on the menu. Spicy, fruity. Whatever. Let's just drink. And don't bother. Simmer down first from that lousy service. 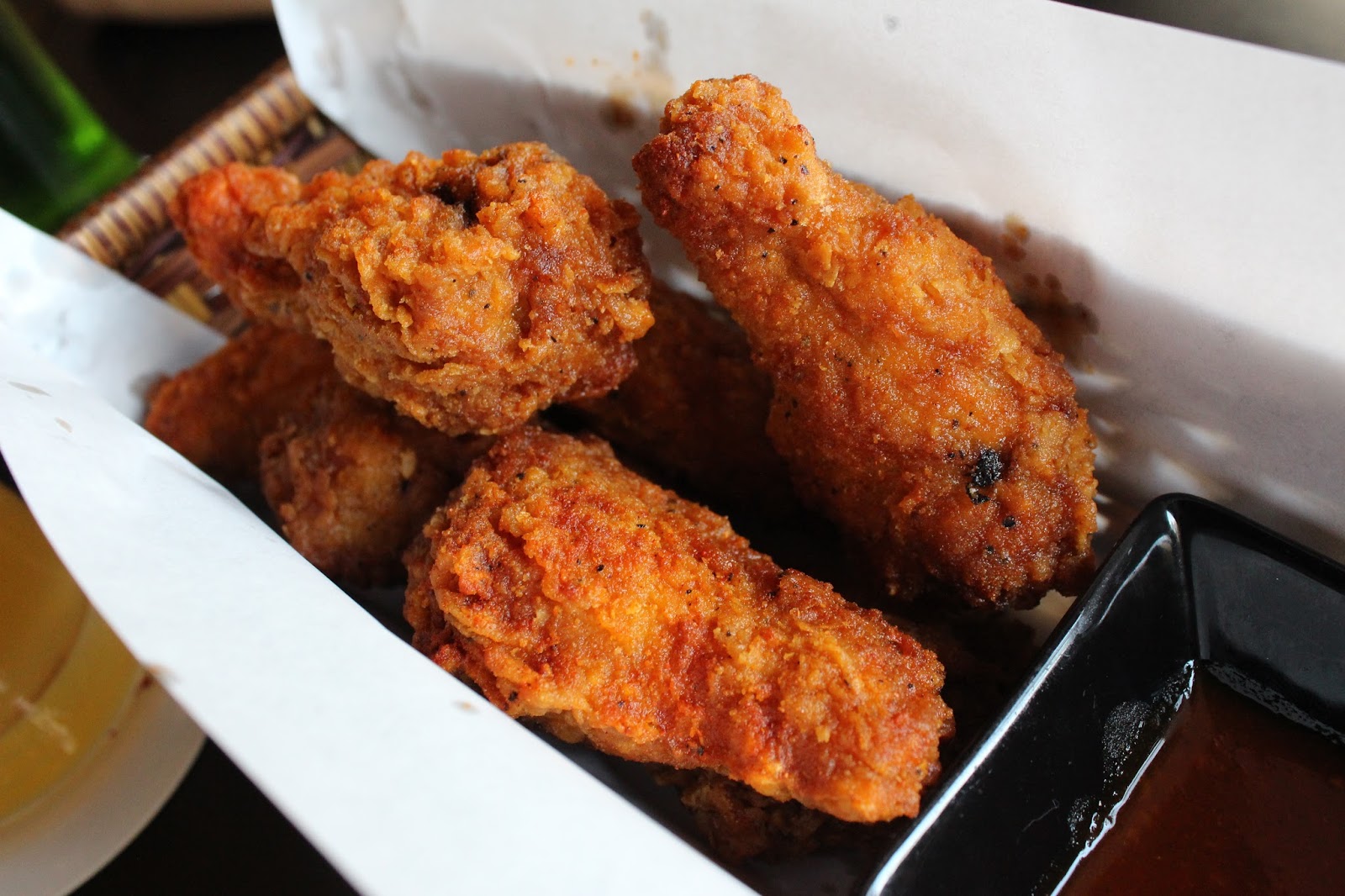 This is love!!! Spicy enough. Crispy and tender meat. But some fats within. But it doesn't matter. So long as every bite is crunchy sound in your mouth. However no 'WOW' factor because this taste is just similar at other chill out place where they have this similar one in their menu. 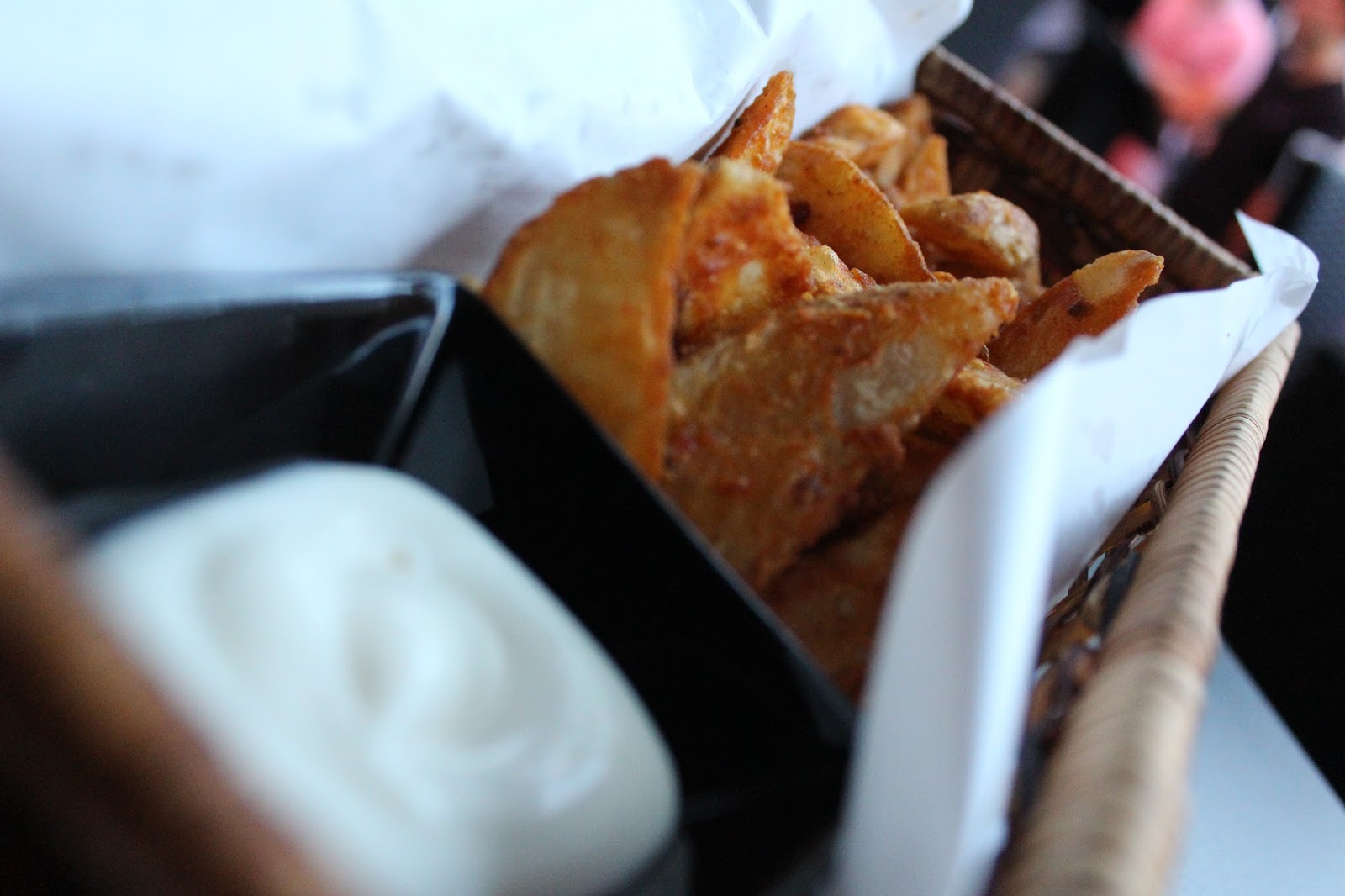 So here is another one. Why do I recommend these two finger food because it goes along well with our beer. I think most of the finger food in their menu can go well with drinks. And this potato wedges we ordered twice. Can't help it because it is so crispy. The seasoning they did on the wedges is awesome!!! One after another. Can't stop.

The rest of my ladies finally arrived and we are ready to order some main course. 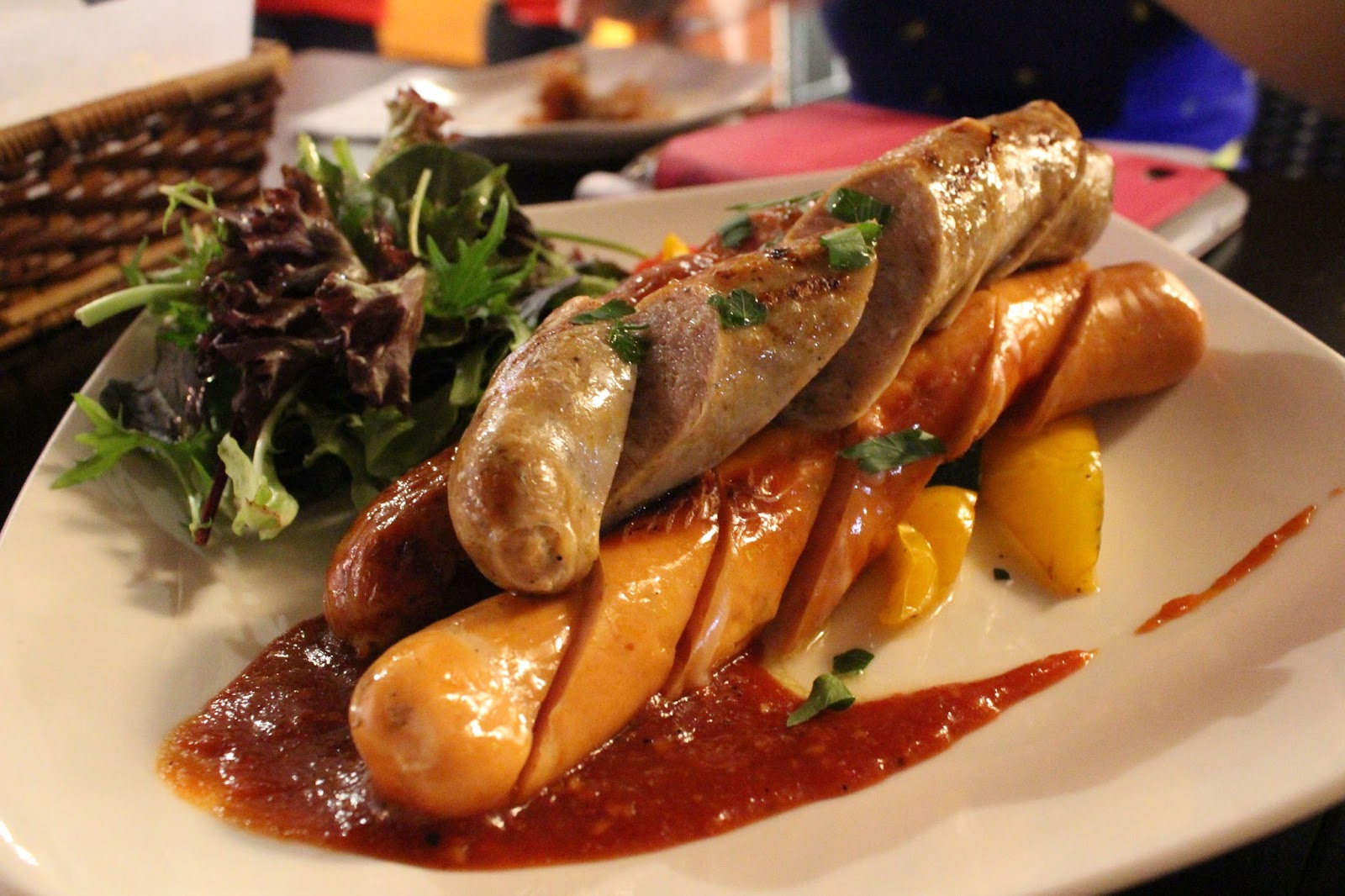 If you have been to Brotzeit, they have sausage platter too. No 'WOW' factor again. A mixture of their very own RedDot Beer sausage, spicy Italian and chicken cheese sausage. The serving portion is big but not as big like the one at Brotzeit. So if you want some sausages, you can try but I do advise you to share with your friends. You will not be able to finish alone. 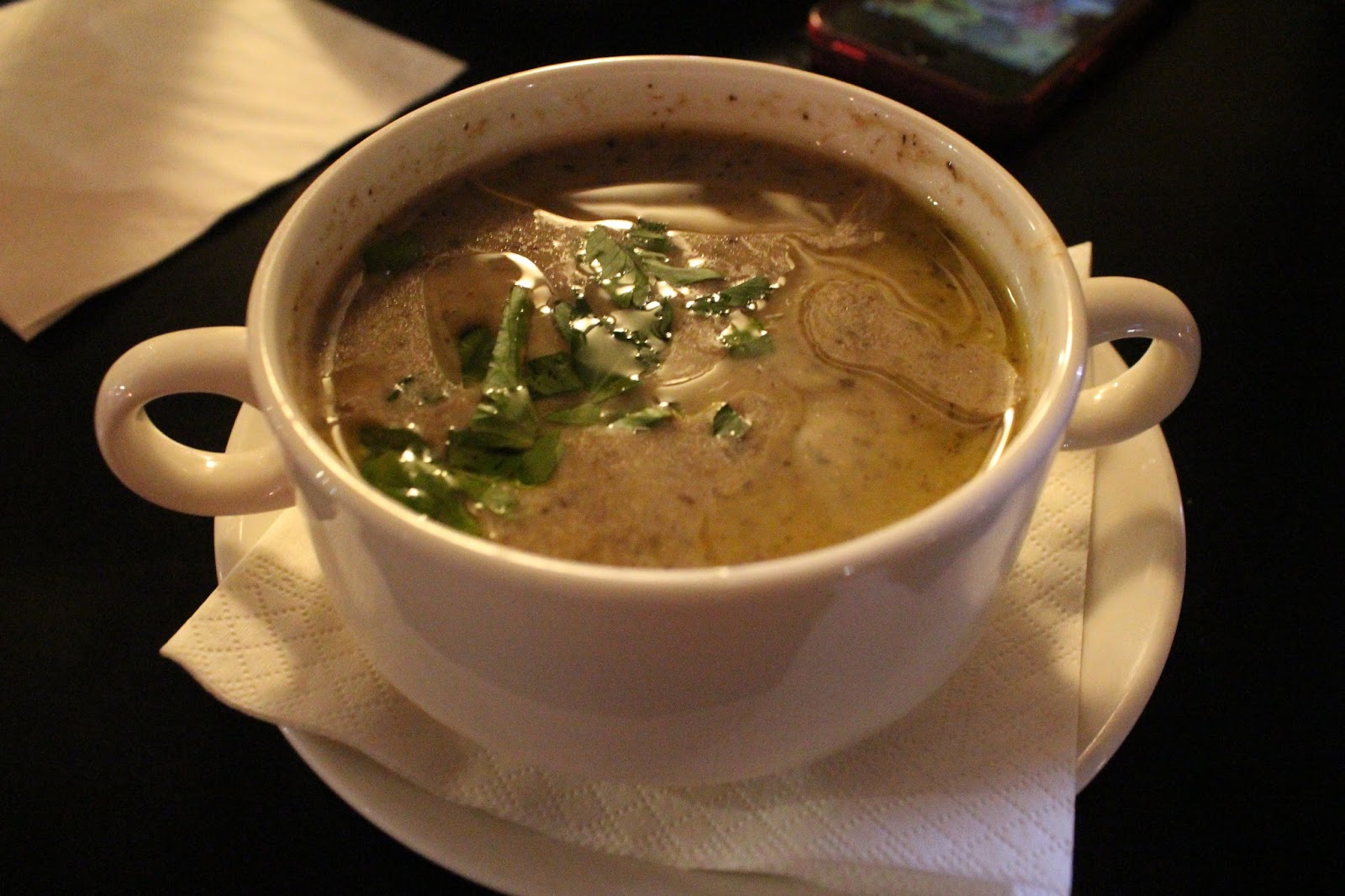 I don't have to comment too much on yucky stuff. There is a layer of oil on top which worsen the overall taste. It makes you feel nausea. There are better ones elsewhere. 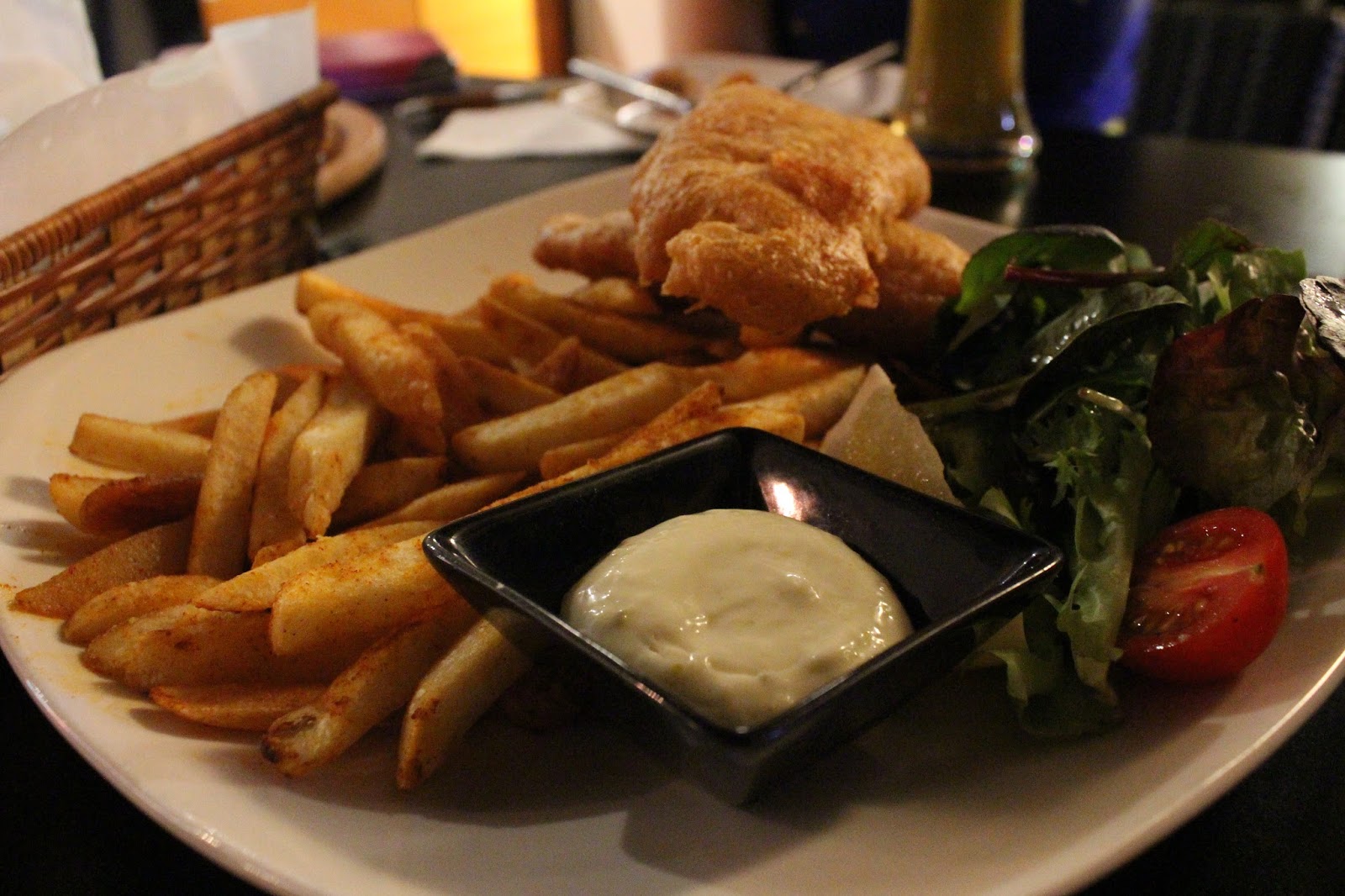 If you are health-conscious, then opt this out because every bite is oil and beer purging out. They use beer batter, their own recipe. And it tastes a little salty. We never finish that up. But you might probably like their chips which is sprinkled with paparika. 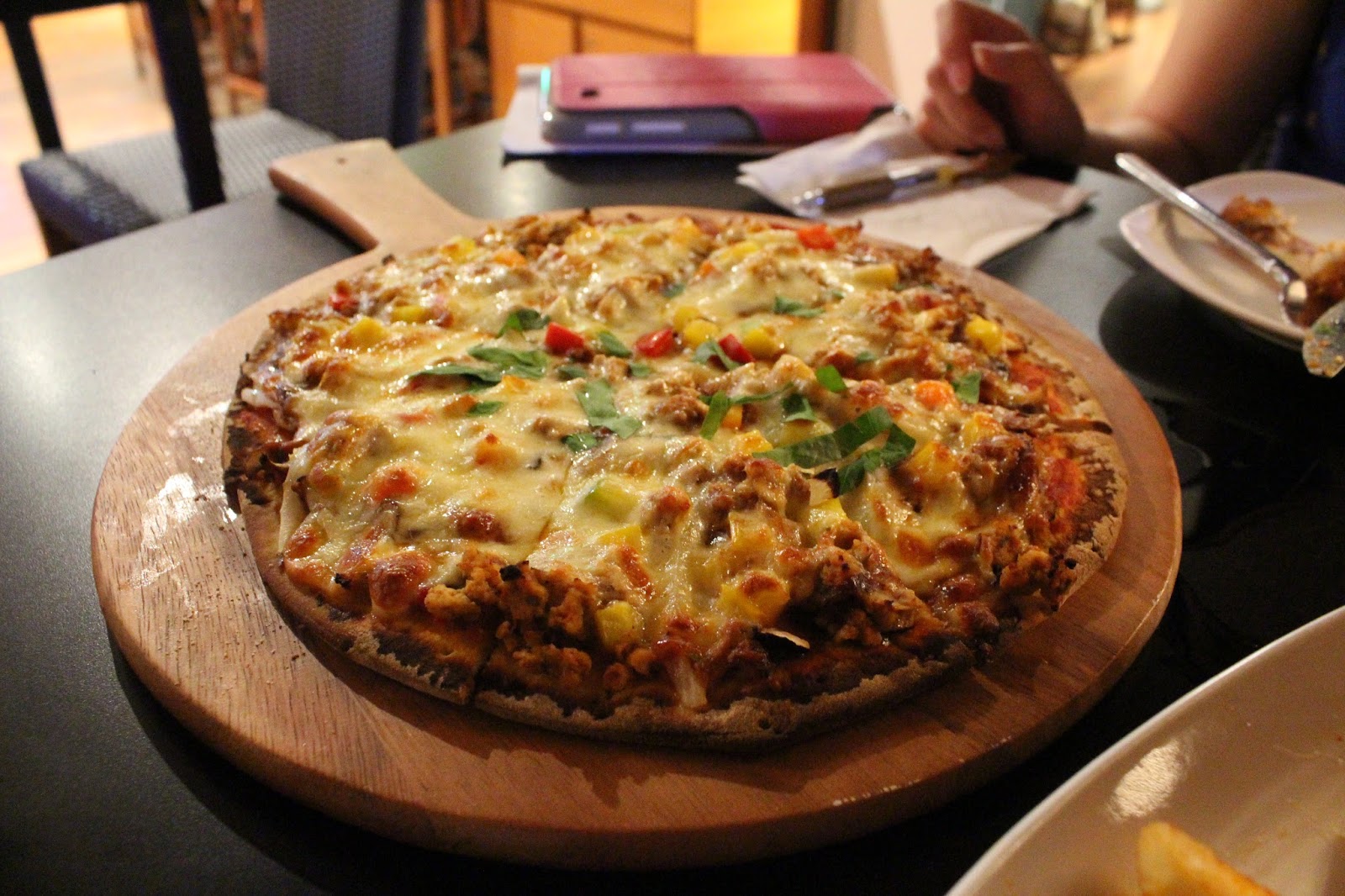 Lastly is their thin-crusted BBQ Chicken Pizza. Topped with bbq chicken, mushroom, onions and bell pepper, somehow it doesn't taste fantastic and instead, bland. Compared with other pizza restaurants, it fails to allure you even with the aroma and the attractive appearance. 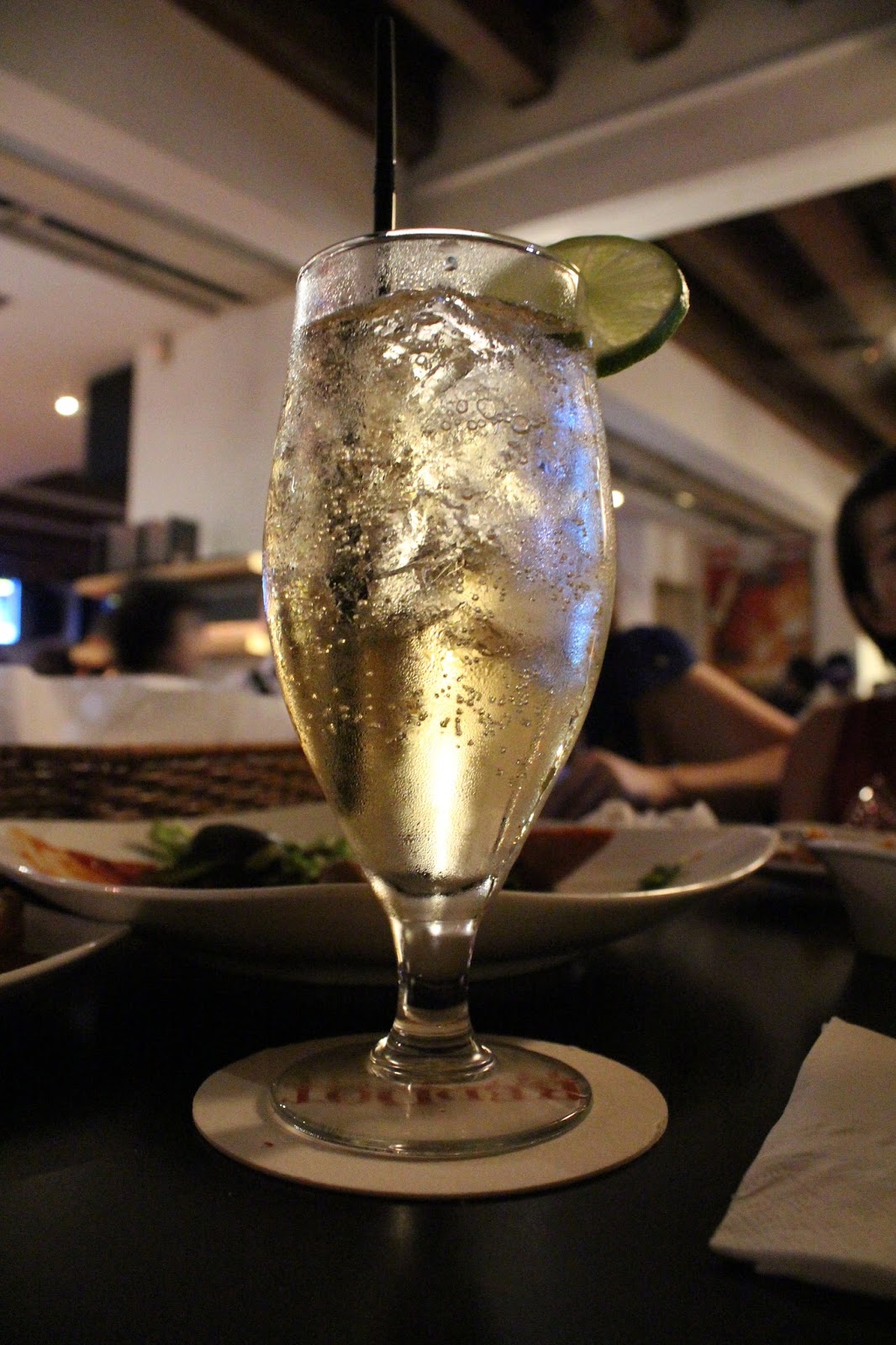 My friend was drinking this that night so I tried myself after finishing up my beer. Nice!!! Why didn't I find this earlier???? It is a little sweet but adding that slice of lime and stir, IT IS AWESOME!!! Superb refreshing. I'm gonna grab from supermarket!!! Very sure about that.

So if you are interested to hang out with friends, come on down to Boat Quay. There are live band and a telly which you can watch soccer match, maybe.

Short summary review can be found at +OpenRice Singapore.