The basement of Raffles City is yet another food paradise and no doubt, you can find not just Vietnamese food, there are also Korean, Japanese, Chinese, Western food and many more. Hard to choose at times but I do wish to try everyone of them one day. Still, I watching my calories. Weight-watching.

My first visit to Osaka Ohsho was with my girlfriends and I was so in love with their salted egg menu. Guess what? I forgot to take a shot. When I came back here again with my husband, couldn't find it in their menu. Maybe it was for a limited time only. I actually wanted my husband to try. So again, browsing through the menu again and found Fuwatoro Tenshin Han that was so eye-catching because of the round, yellow appearance.


Definitely better than omu rice because the omelette was creamy and velvety from the inside. Plus it was placed in the bowl with a very savoury gravy that I made me first thought of shark fin. The mixture of gravy, omelette and rice was a good combination and taste good. But the portion was a little huge for one person and as you finished half, you felt full already. Especially when you still eyeing on the gyoza. That came with the set and also a tasty and light bowl of egg-dropped soup, 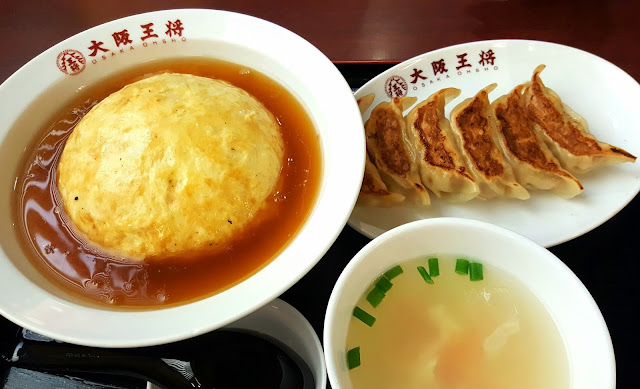 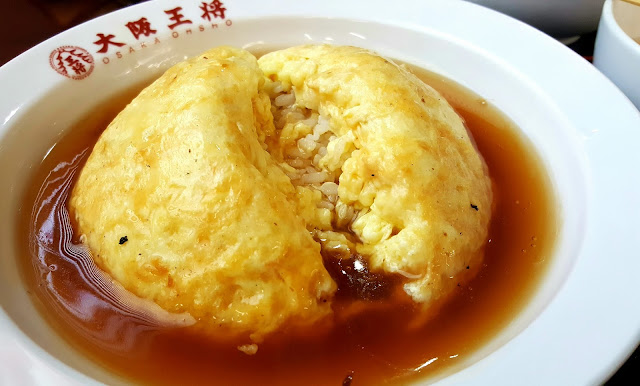 
This was the same as above but with a portion of chicken teriyaki. Try dipping the chicken into the gravy. Nice. The set added another level of fullness because of the chicken teriyaki. What we do with the gyoza was to takeaway. Reduce food wastage and this became our supper. Or even breakfast. 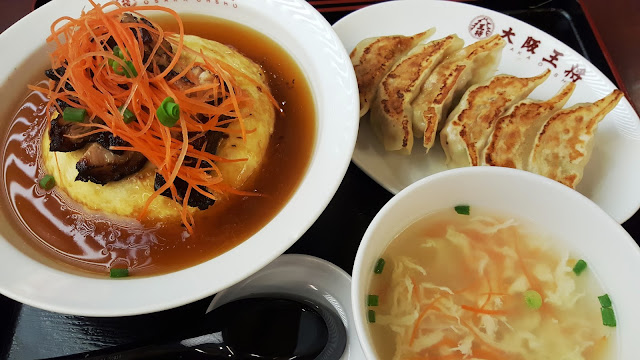 They have others on the menu and you can find them here. From what I see, their set menus come with a plate of  3 or 6 gyoza because that is their Signature dish. 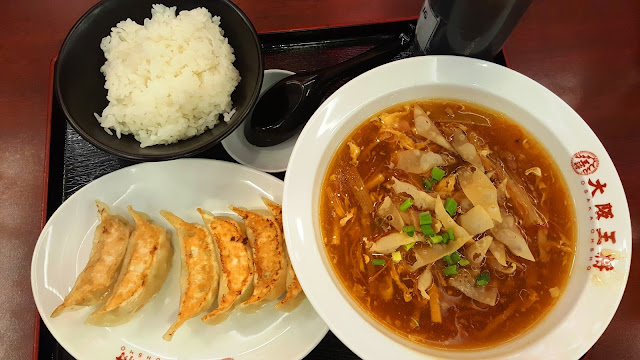 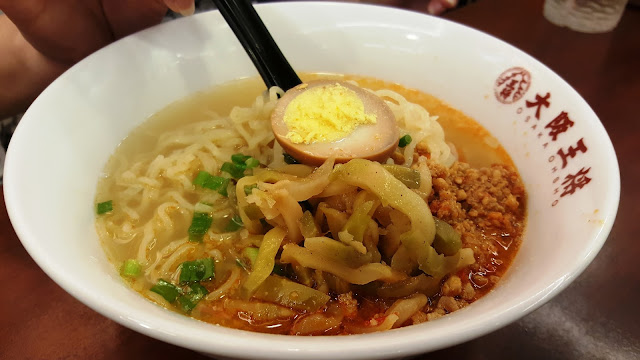 Gyoza is my all-time favourite and if there is any chance, I can just have them alone for a meal. The ones here at Osaka Ohsho was good. Neither oily nor charred but juicy from the fillings inside. 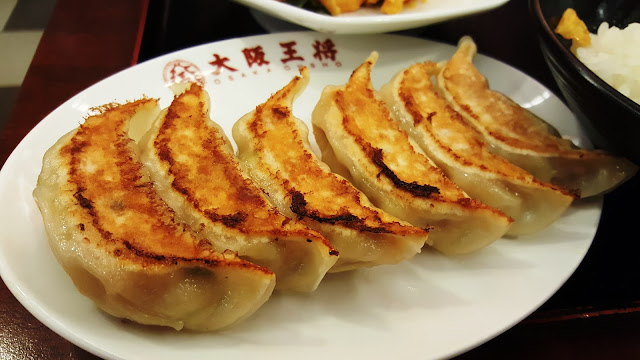 After 2 visits here, I do think of coming back again for their gyoza and also for my husband to try their Saba set which he likes so much. You can probably come and taste it to believe. At least this is one good Japanese restaurant that I favour.