Food Review | Cafe on the Ridge 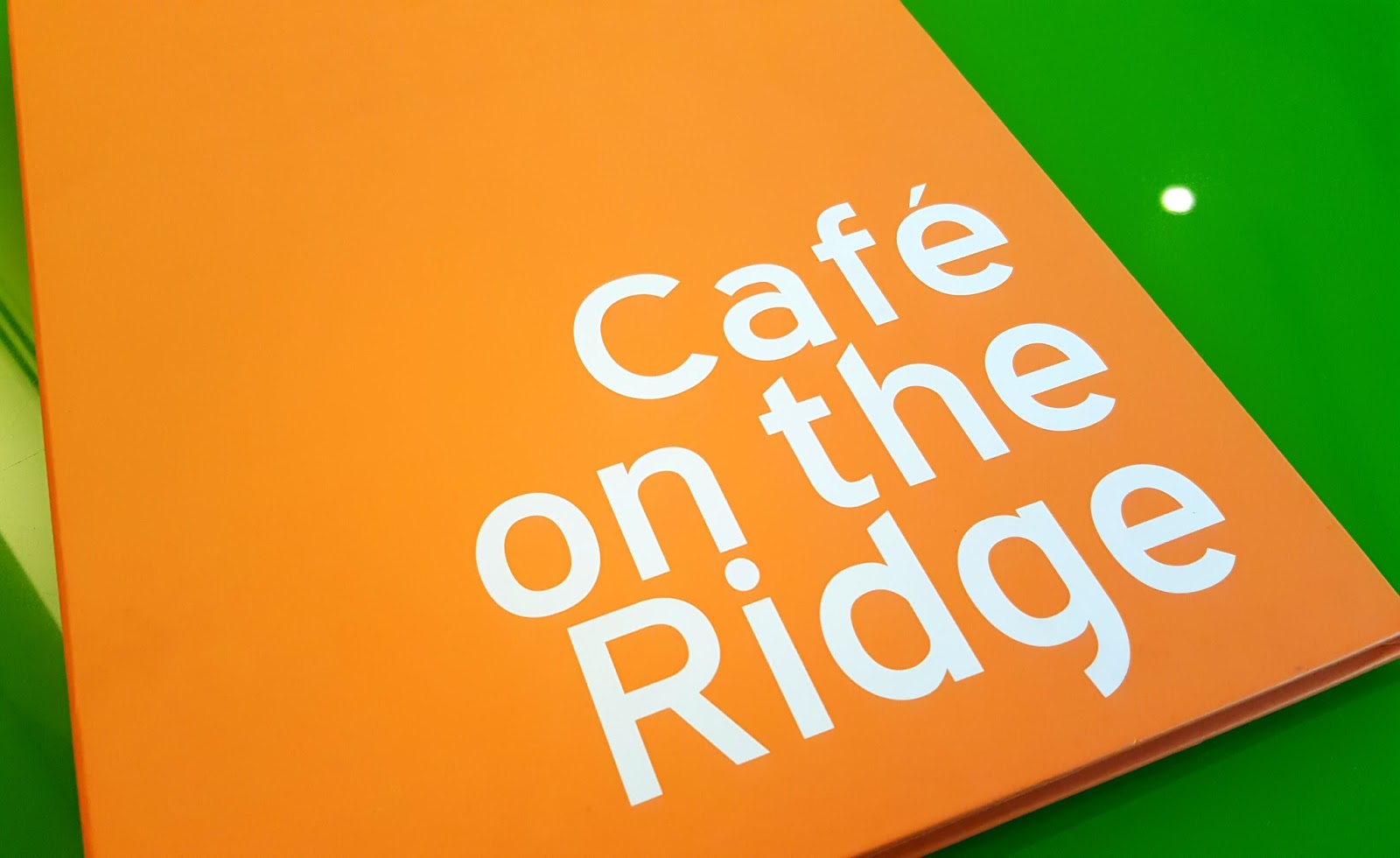 Cafe on the Ridge is a casual dining place situated inside NUS Kent Ridge campus and they serve up Western and Asian cuisine like their Signature Kent Ridge Chicken Rice and Kampung Nasi Goreng for example. They also have kids' meal which is great for members who are bringing their kids and family and also to enjoy the facilities over at Kent Ridge Guild House.

Finally get myself here for lunch because I have been hearing about this Cafe from my colleagues the longest time but never did I make effort to come. It is convenience for us working in this campus so yeah, a must to visit for at least once.

Simple settings with seating capacity that can cater big groups. But you have to make reservation if that is the case. Don't give them a shock during peak hours like lunch time with a large group appearing out of nowhere. 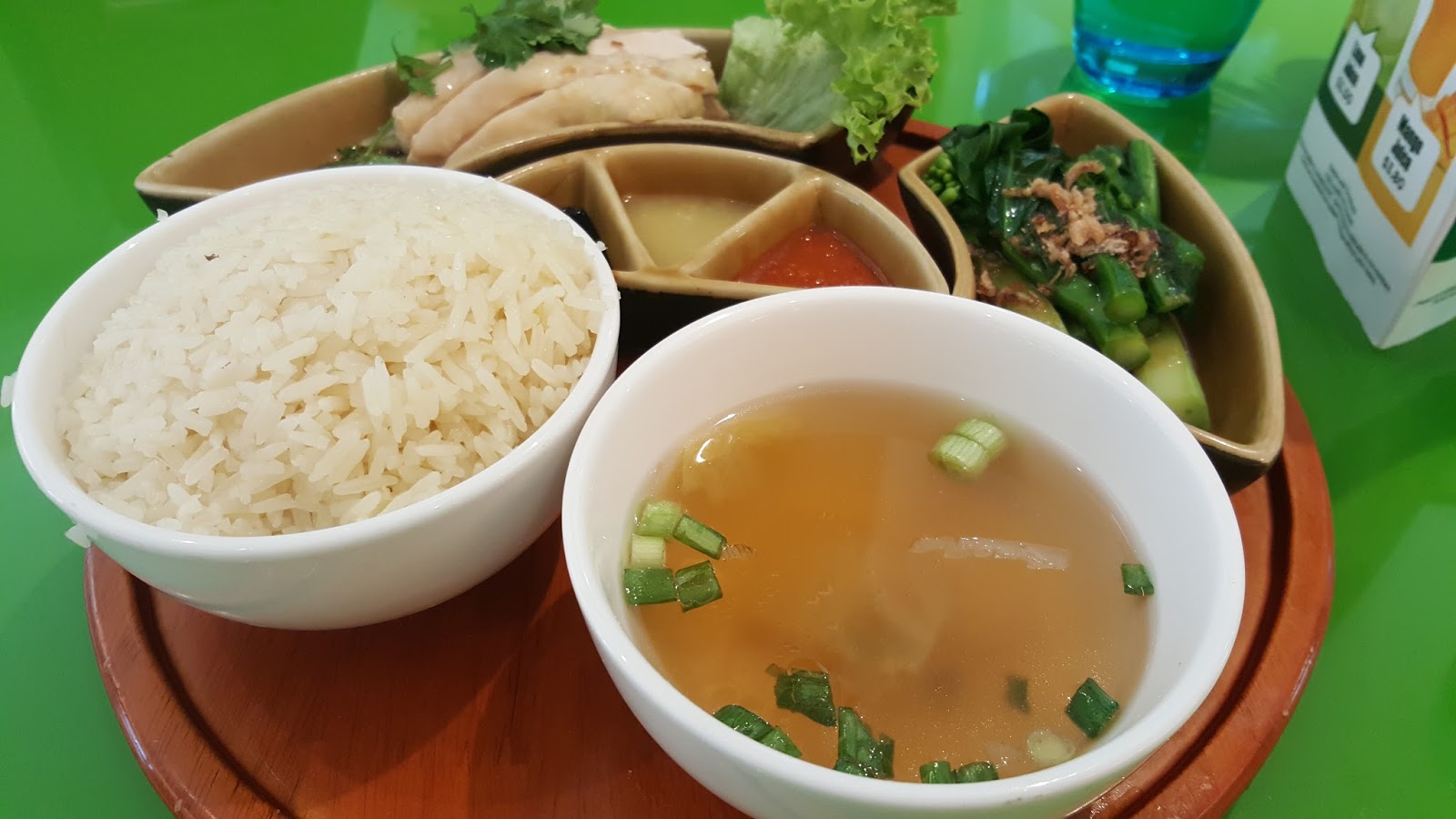 The rice was so fragrance on its own. I could have just the rice itself to satisfy the hunger. Needn't much say for their succulent chicken, crunchy vegetables and a tasty bowl of soup that made up their Signature set. 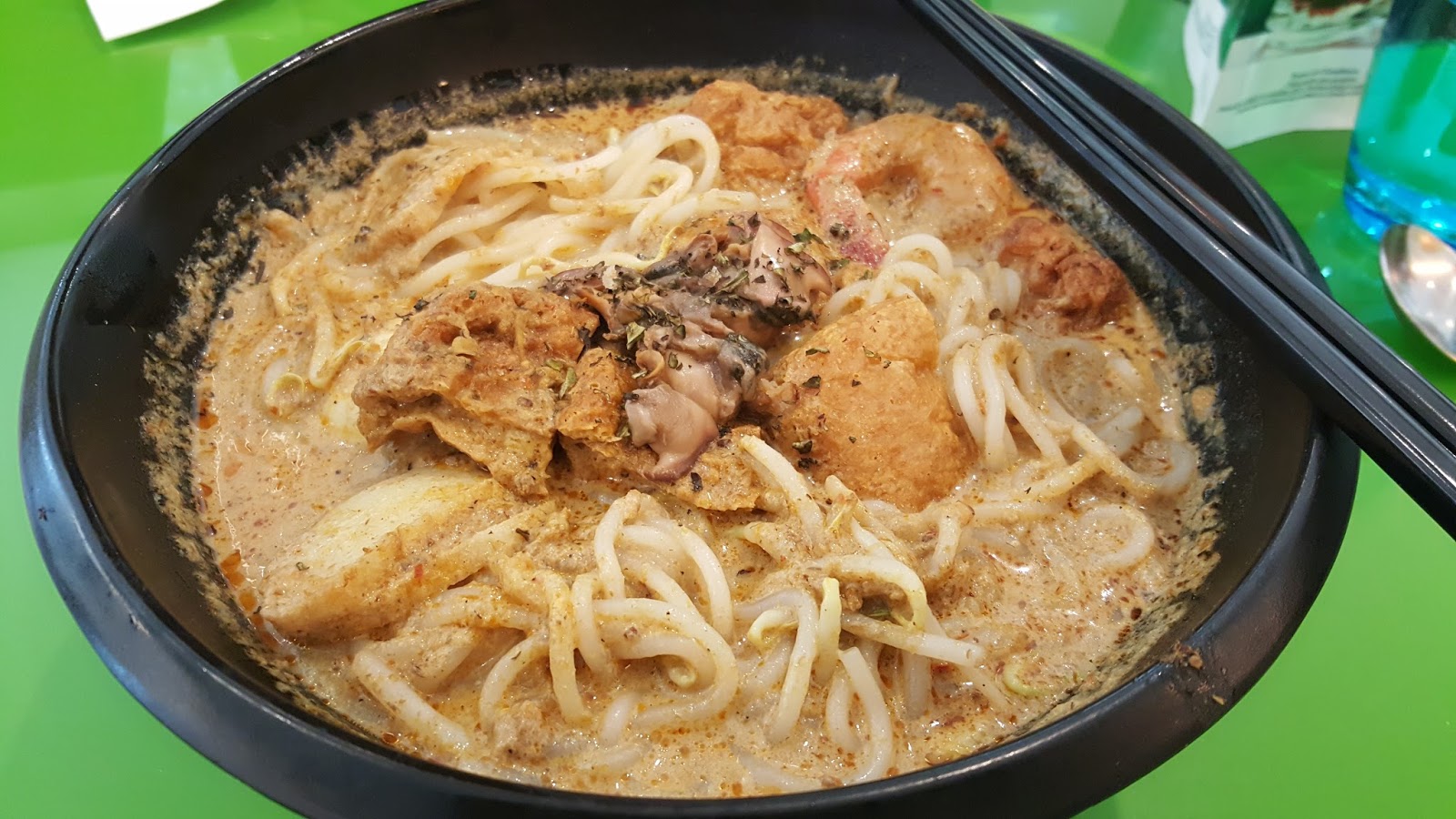 Wasn't expecting a huge bowl of Laksa but it actually was one. According to my colleague, the gravy today was thicker as compared to what she had the other time. Lucky me or what? This is simply sinful yet irresistible. But money worthwhile especially when you get fresh ingredients like the prawns and cockles. So don't judge just because it looks like any other bowl of Laksa you have out there. 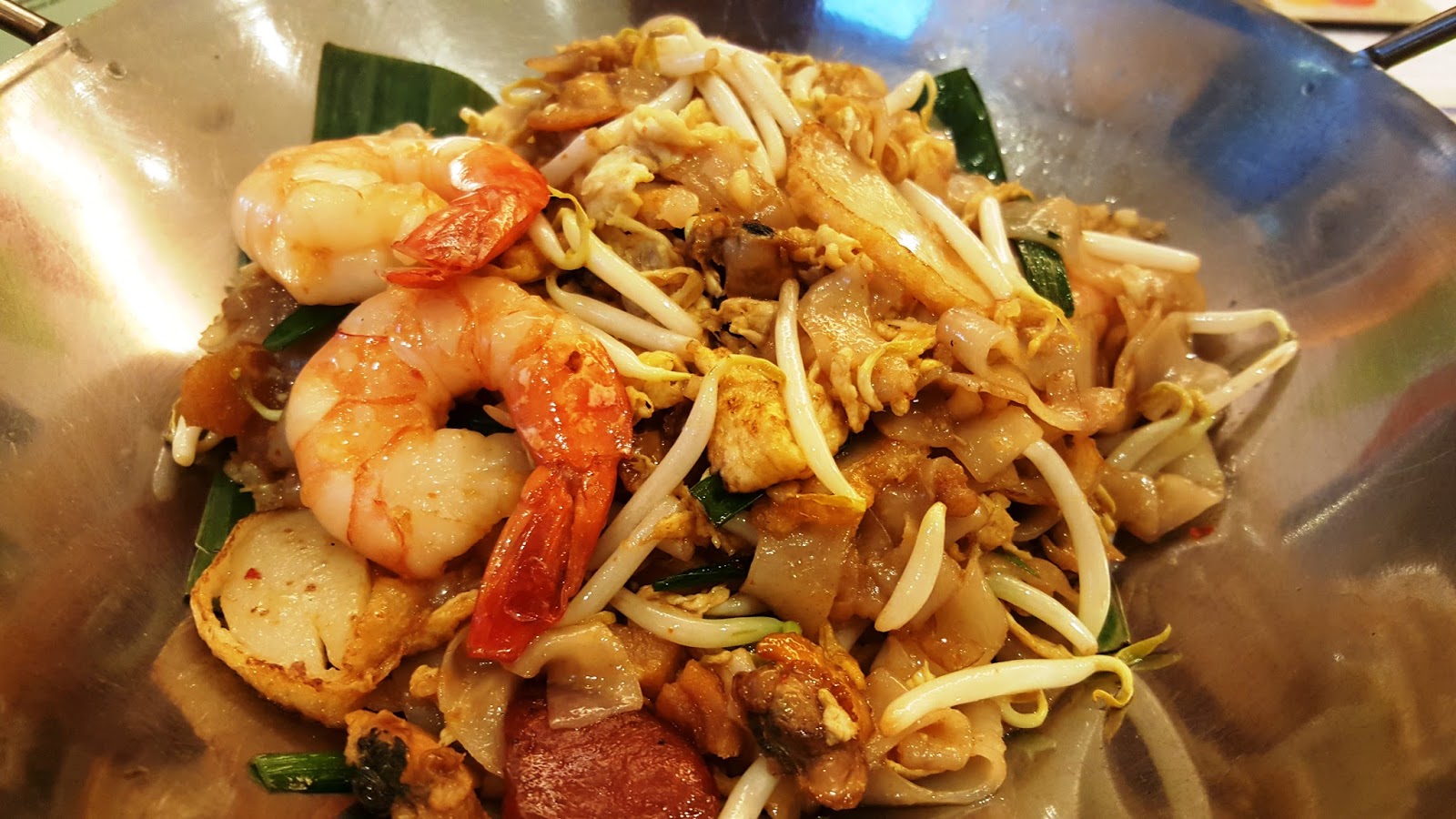 Enjoying every mouthful of wok taste. Cooked with pork lard. But too many bean sprouts, which I don't really like. 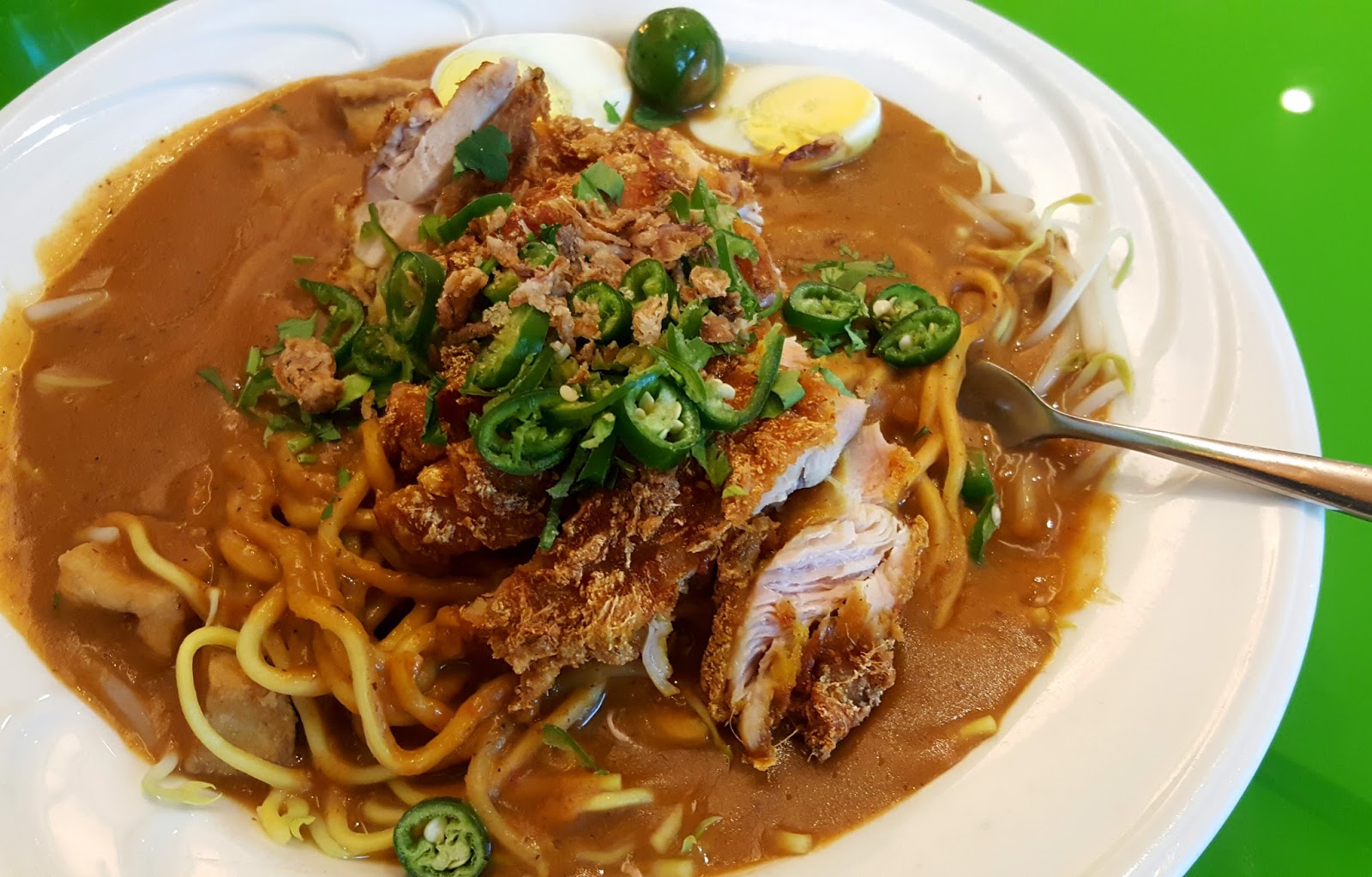 The little spicy curry-like gravy was just right along with slices of flattened chicken. This dish was quite creative because of the chicken. Usually you would just get hard-boiled eggs sliced into half or I do get crispy ikan bilis as toppings. But here, to add in the fullness every meal, they chose to go along with the flattened chicken. I had ayam penyet on its own before and some were bland except for the crispy layer of skin on the outside. So with the Mee Rebus gravy, it added flavour to the meat. Great idea though. And the husband agrees too. 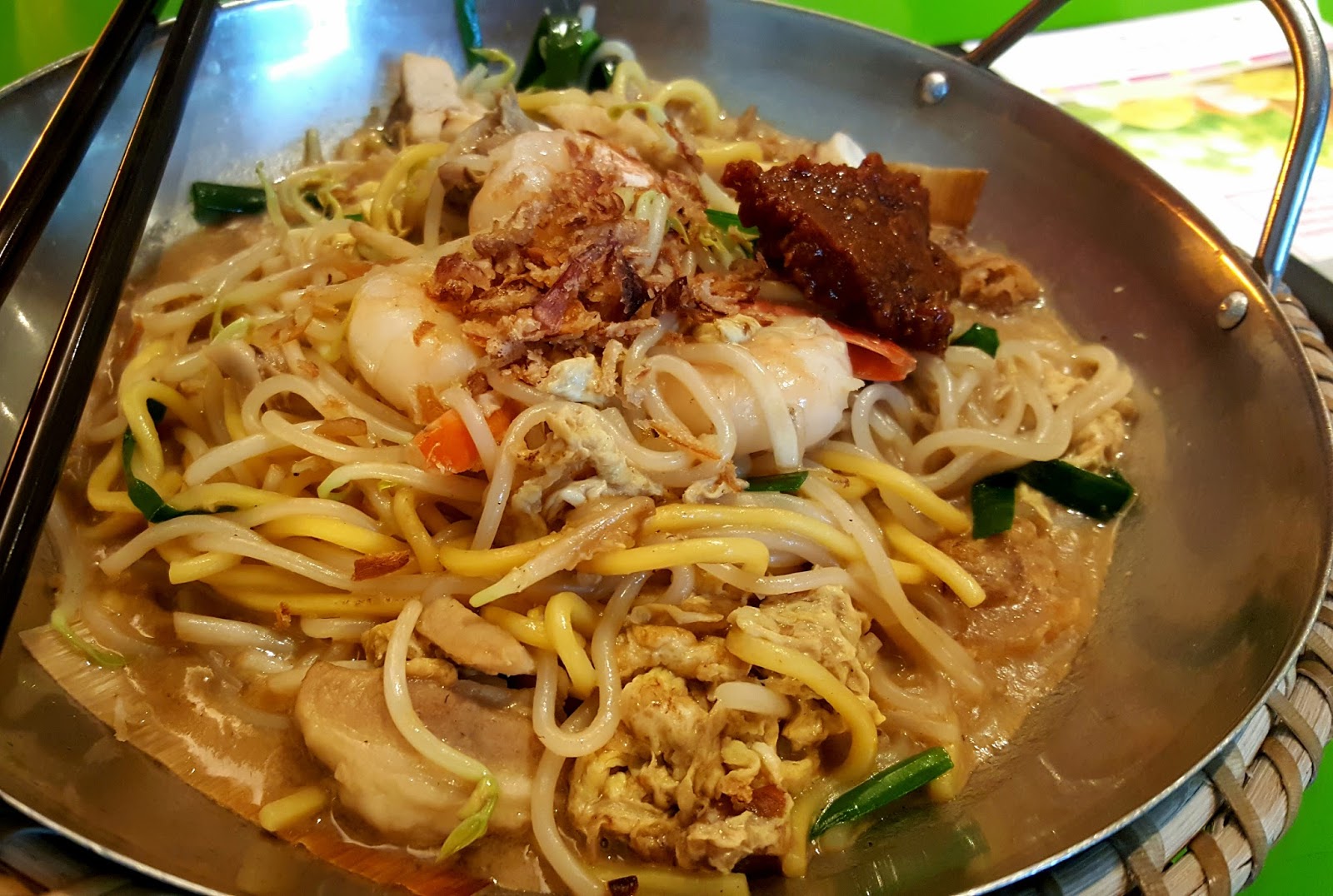 The big portion of this dish was not the point. You get the wok taste on every mouthful and moist. How about that? On point for everything! Fresh prawns and nice sambal chilli. And you have a choice to have it with Slipper Lobster at $16.90. 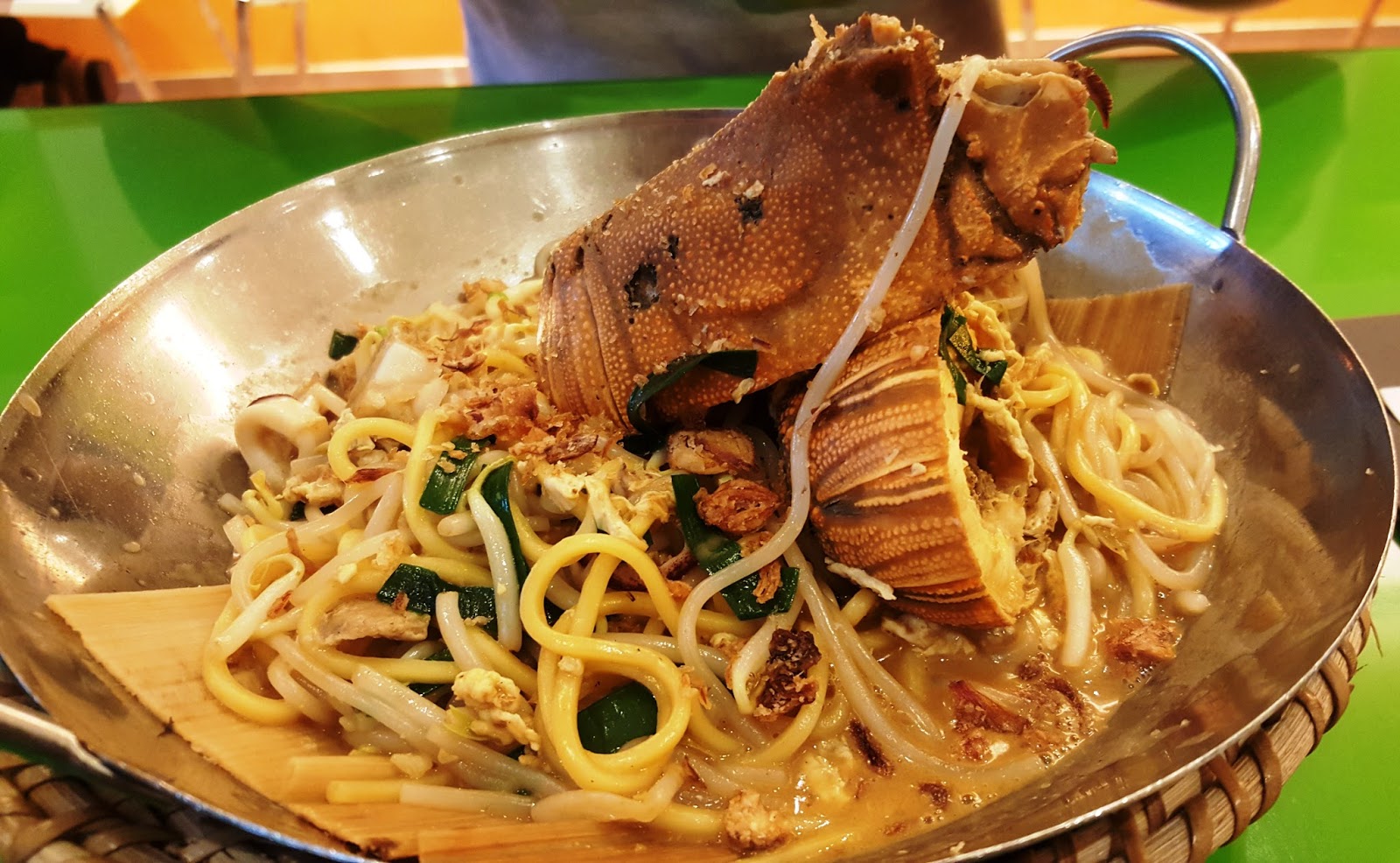 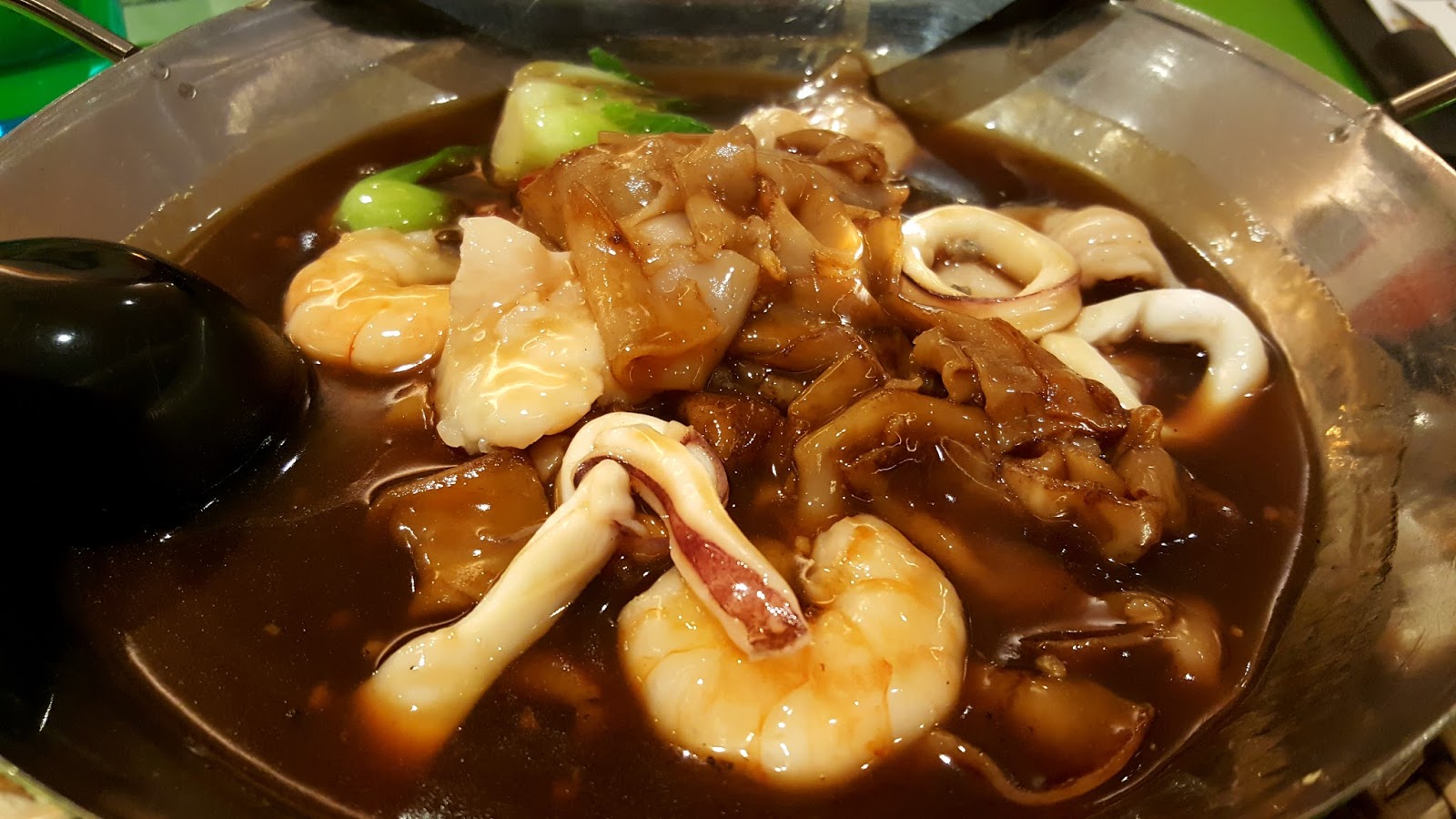 You can choose to have either a dry or gravy style. Of course I go for the latter because it will never go wrong. The hor fun were fried before cooking in the gravy so that it doesn't taste so bland. And that is why it tastes so smooth and shiny. Lastly that nice wok taste.

I realized that the essence to the decent plate of our local dishes is the control of the fire and having that wok taste. Finally some enlightenment after so many years. Oh well... 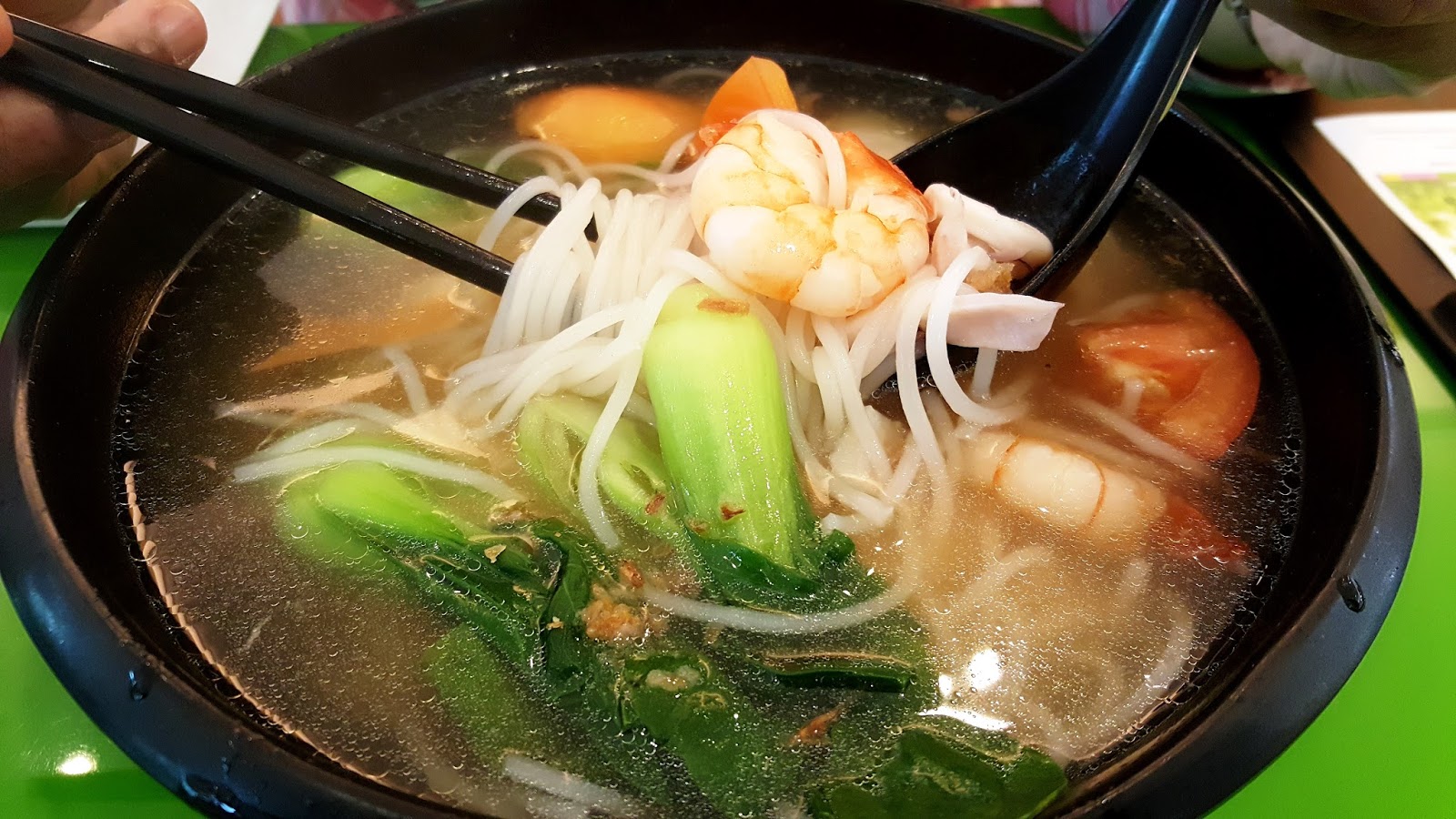 The soup was light but could be richer in flavour. You got to choose between thin or thick noodles and even kway teow. Fresh seafood given and I would think this is very healthy though. 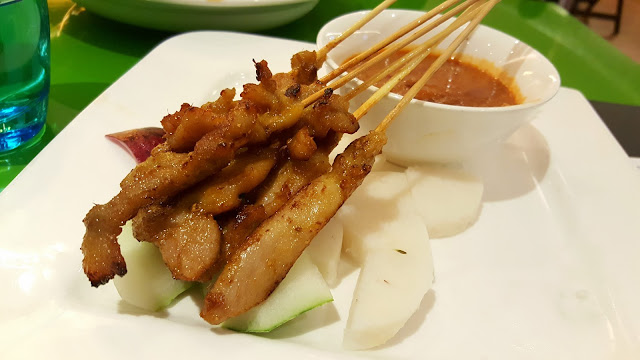 Served with a spicy nutty sauce, it was quite flavourful and appetizing with the tender chicken satay that my husband even dipped a slice of ayam penyet in it. The chicken meat on the outside looked nice and not much of charred though some might prefer. 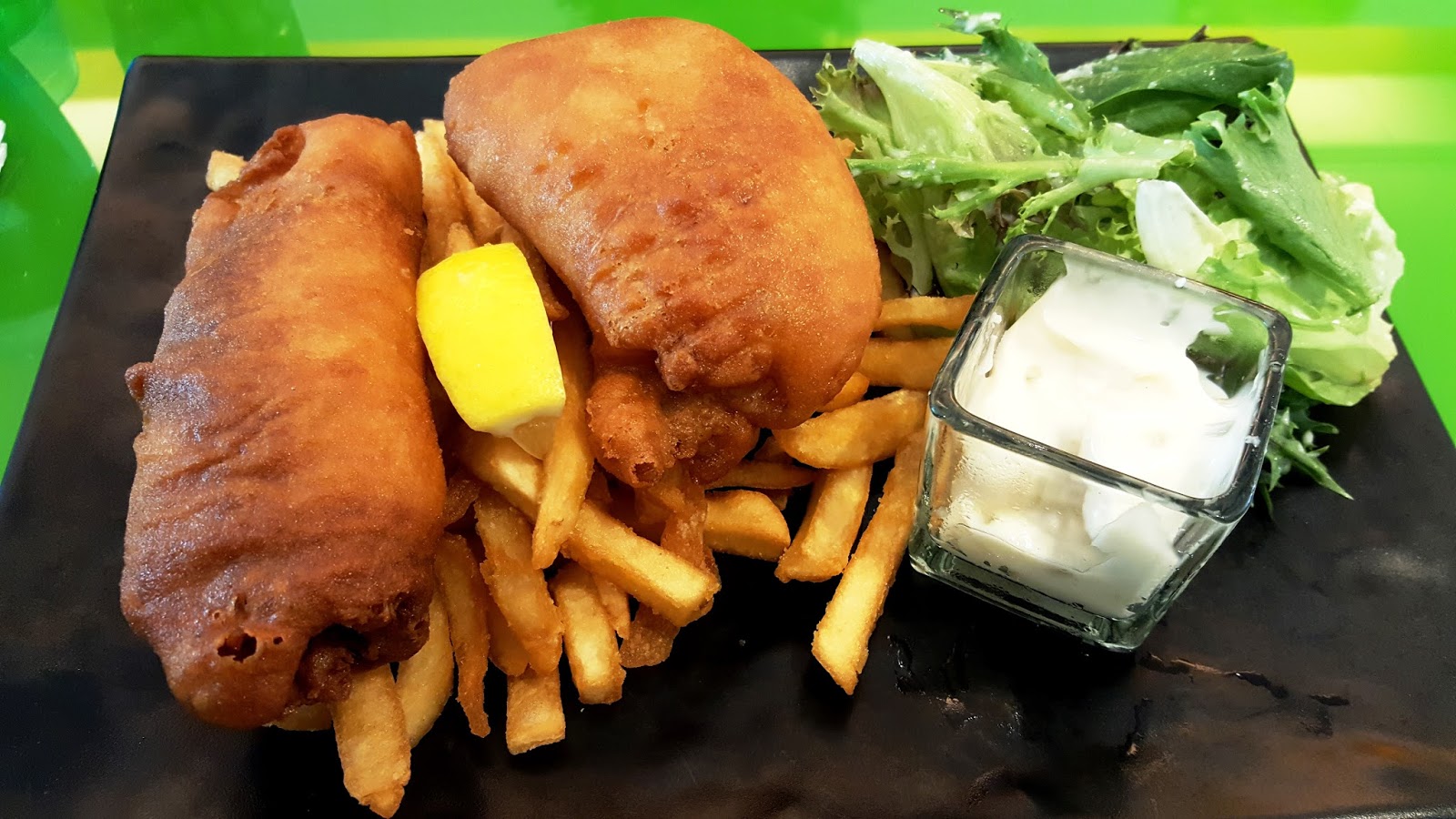 I would say that the fish and chips was not that awesome. The batter on the outside was hard and also almost darken. Seems like that they nearly over-fried it, although the fish within was fresh. I will not give another try for sure. Had a hard time swallowing.

I'm too Asian so whatever I have shown above were mostly local food. There are more to it like pizza, burgers and even cakes. Prices are a little steep here but worth it for that generous portion. To taste is to believe so try it. They live up to the standard of quality in food. They have buffet dinner too. This month is Chicken Rice buffet. Check it out.
They will ask for staff card or member card. Get someone who is a staff of NUS to bring you here.