- December 16, 2015
I remember I was attending a half day workshop (I think) and before it commences, was talking with my colleagues. And out of no where, the air-fryer topic popped out in mind and out from my mouth instantly. So talking about what we cook with it and I concluded that I'm a processed food lover. I admit I am and I love frying frozen food. One of my colleague was asking how to use (as in temperature and timing). But because I use it to cook like hashbrowns (my top fav), fishballs and blah blah blah. I can only tell her that the only proper food I fry with it was marinated chicken wings or mid joints, which you peeps have probably saw it in my Instagram or previous posts.

So I wanna be one best blogger to share my year plus experience with my airfryer, as in sharing the temperature and timing for those food that I have air-fried so far. All these takes trial and error. Not fully cooked, fried again and so on. Till you get the hang of it, an airfryer at home is all so convenience for working professionals and anyone else too. Taste wise, of course it won't be as good as oil frying (deep frying) but at least, you feel guilt-free.

So we found a frozen pre-made dough fritters at NTUC (as usual) and being the lazy couple, we decided that having it in our fridge will add some 'spices' to our weekend breakfast which is home-cooked porridge. Superb convenience and turns out crispy, though a little hard. But once you dip in the porridge, it softens and no more worries that your dentures will fall out. Oops... 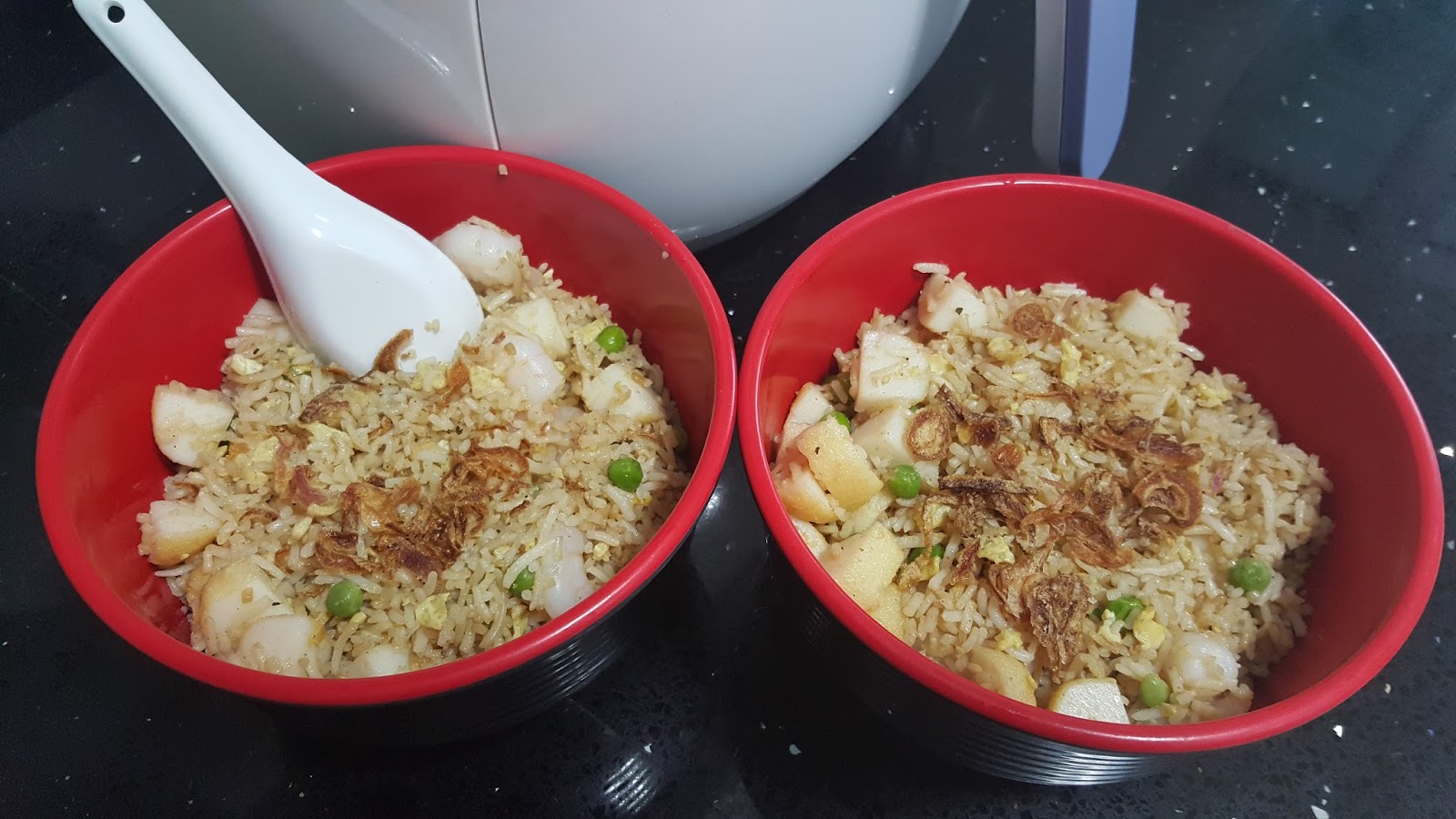 Okay basically be it whatever, use that temperature and timing. I tell you it is freaking shiok to see it becoming so big and round but after you take out from the airfryer, it shrinks back to normal and wrinkled (fishballs/fishcakes/sotong balls especially). You will love it. 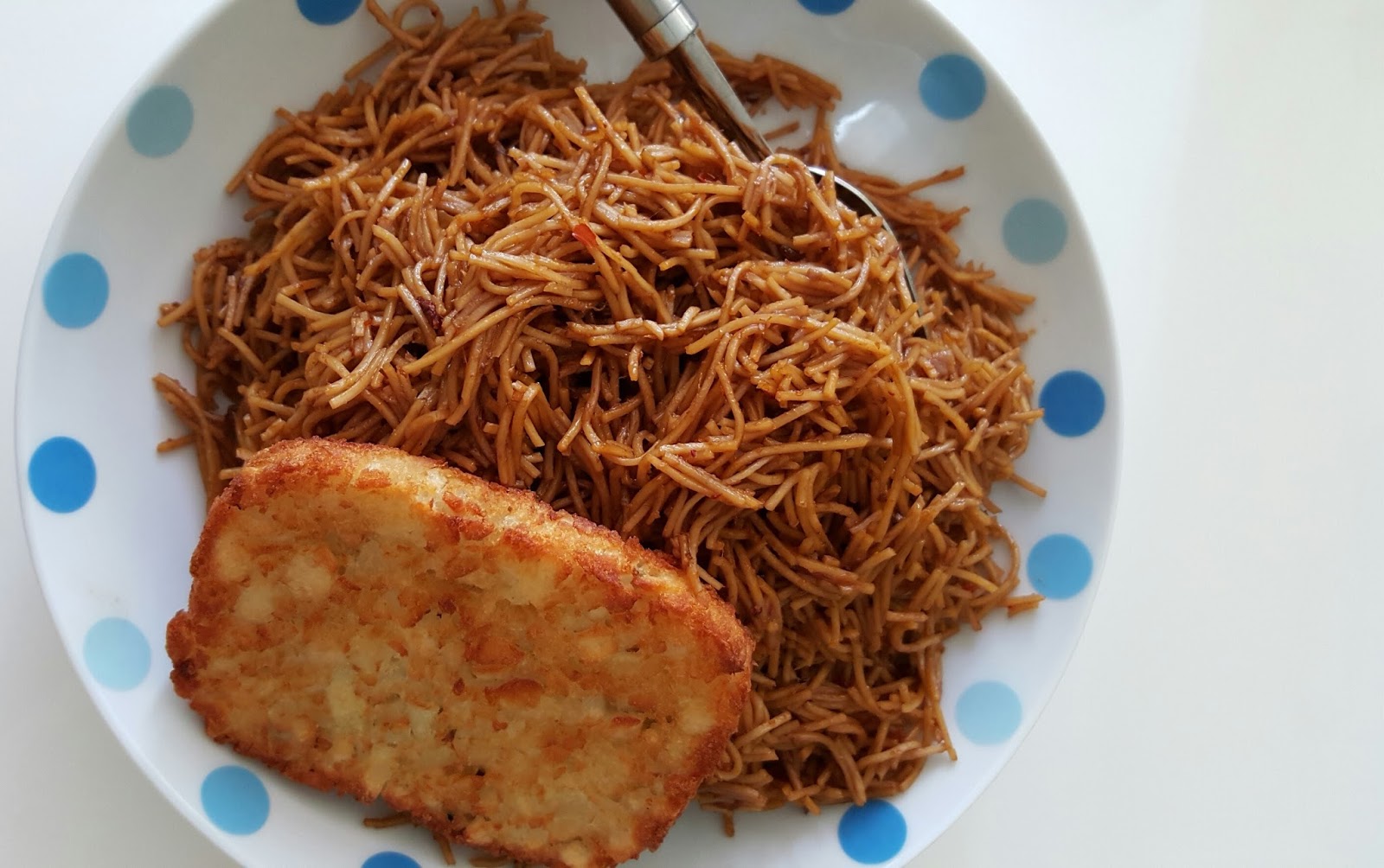 My love for hashbrown never dies... I can have that whole lot of hashbrown in the fridge on my own, spread over months to finish though. It has to be crispy and learnt from my hub's friend on my Christmas gathering years back. So it is good. Then you can lessen the guilt of oiliness in your meal. 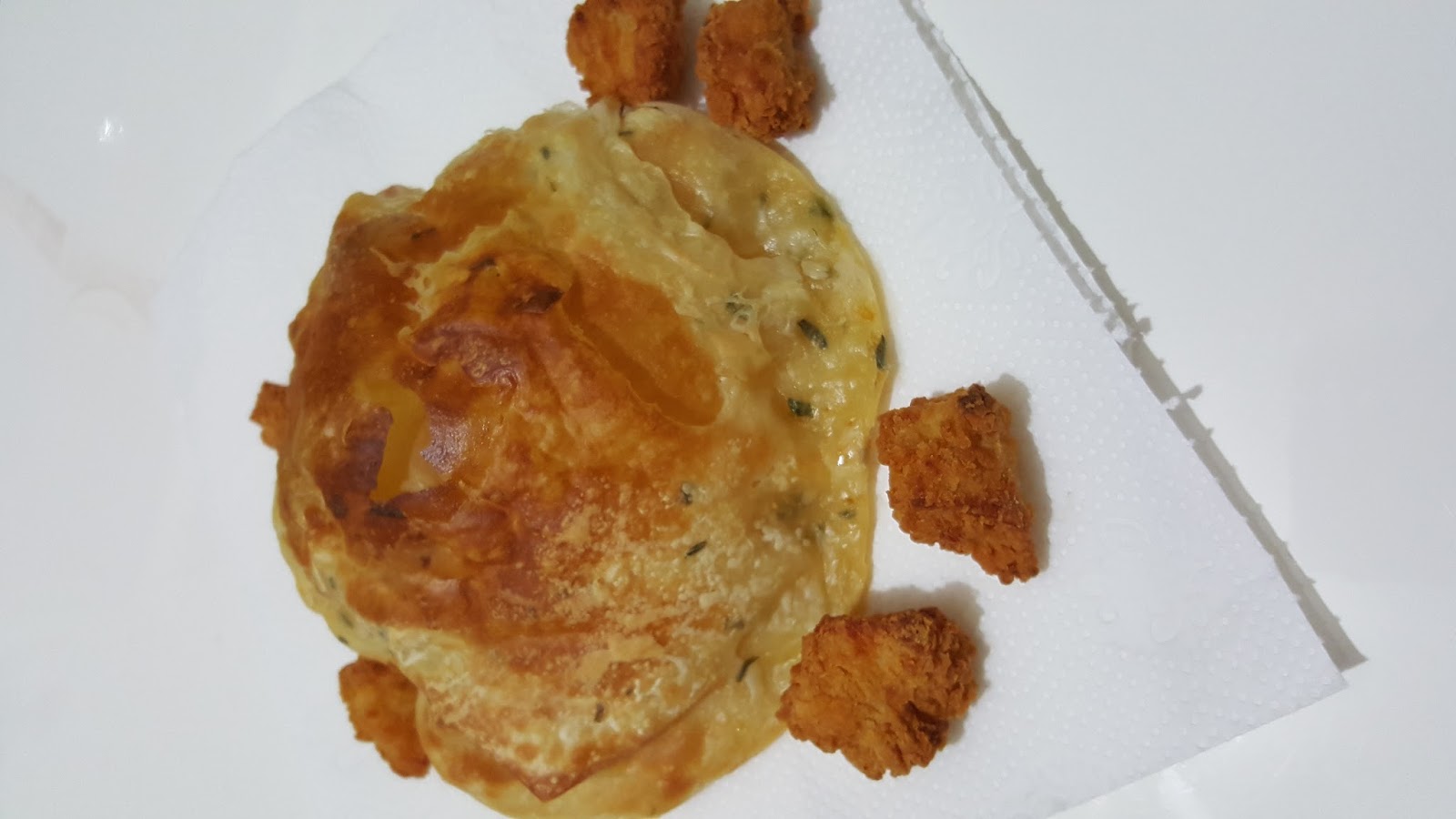 Okay this one is coincidentally my husband just throw in to test if it can be done through air-frying and it really works! UFO shape! Awesome right? So crispy one. I can't believe it when he shown me. Any instant prata found at supermarkets. Try it and let me know if it works like mine. We tried thrice. And the turn out is the same. I call it UFO Airfried Prata. 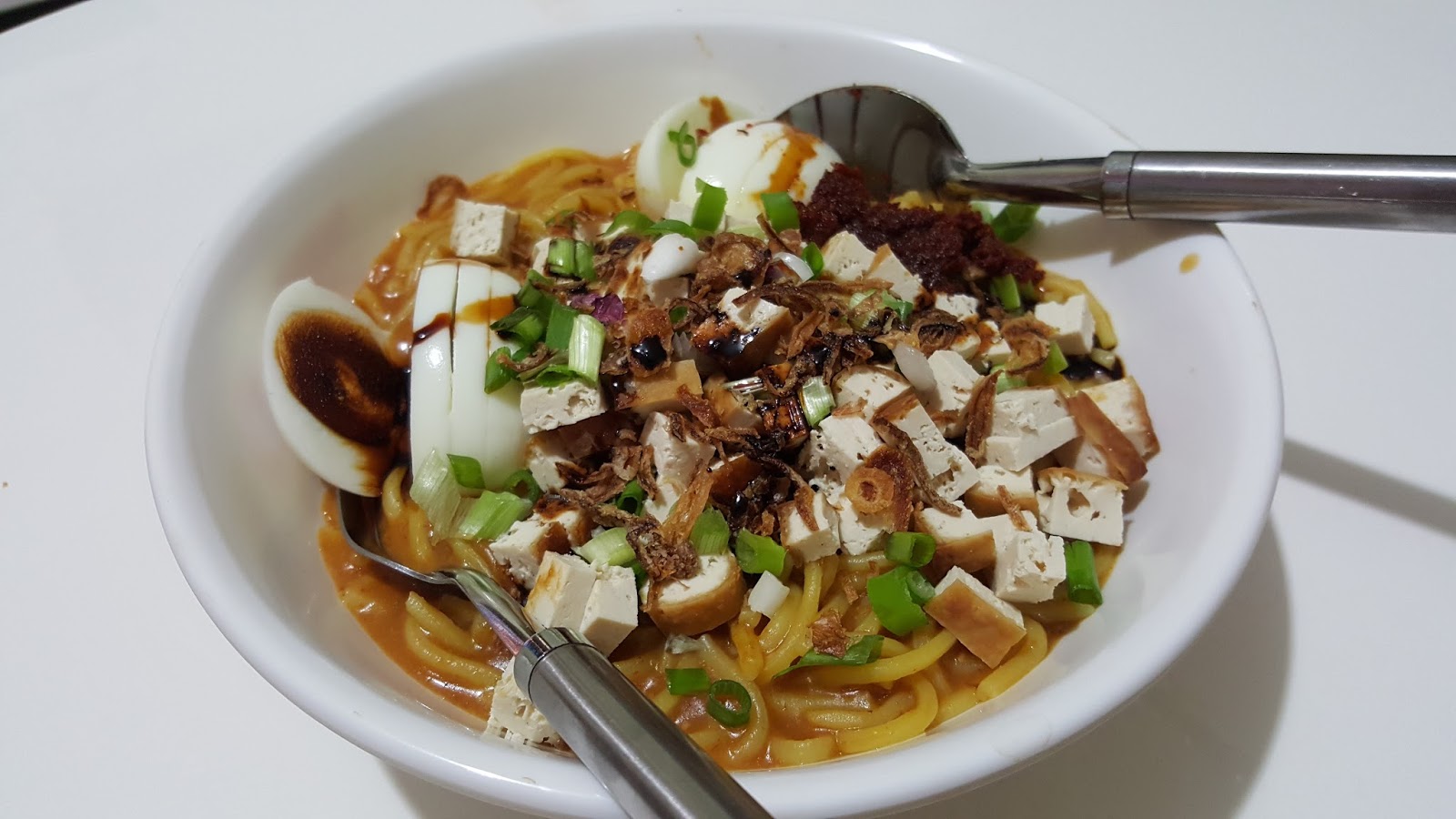 I tried once only just because my hub said should use less oil. So what to do? Healthy or lazy? Healthy and lazy of course. Hahaha... Okay lah. So long as it is cooked and not too drying, anything also okay. Try it! 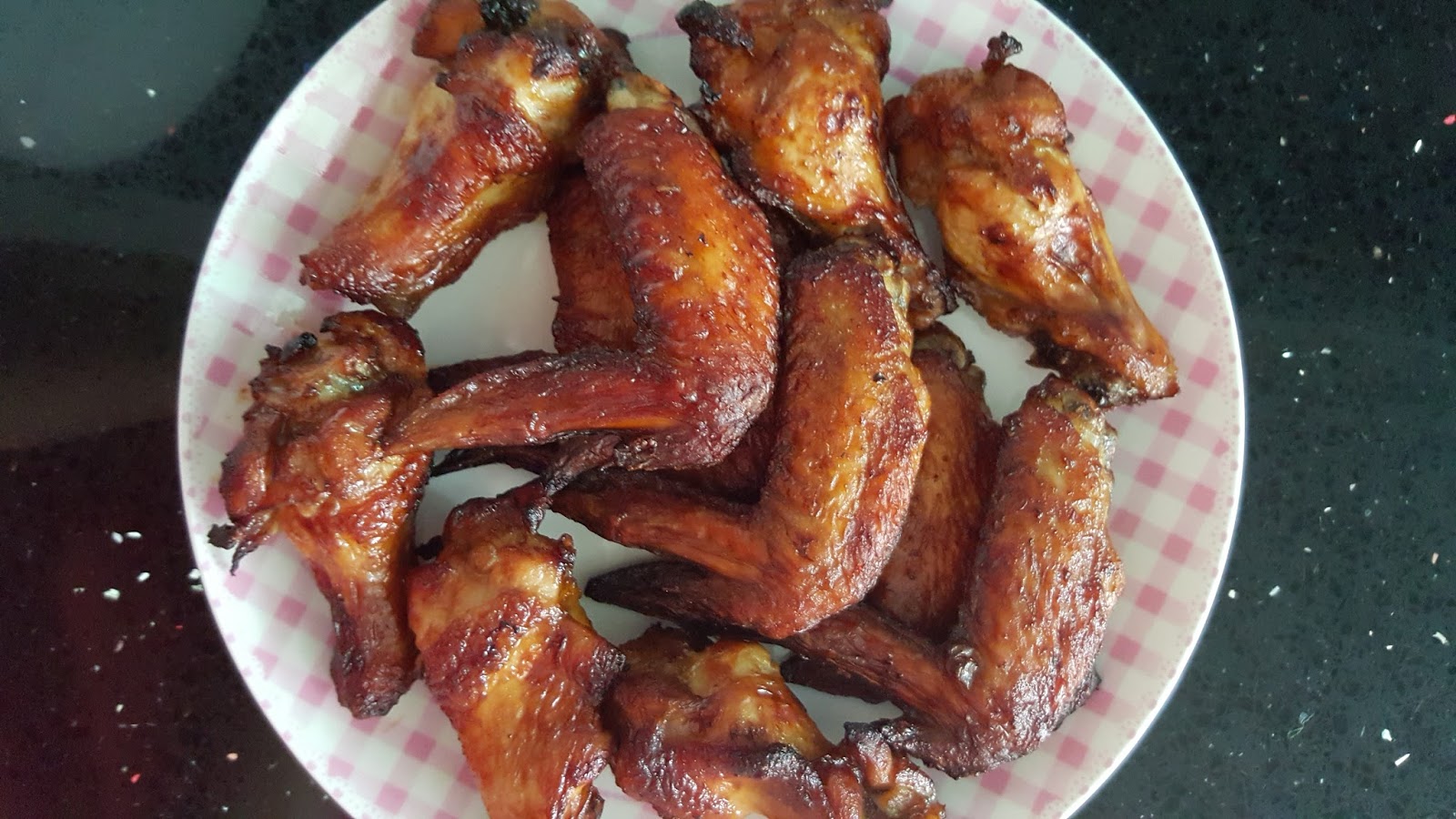 It has been many a times we marinate our (frozen) chicken and airfry it. I must say it turns out damn well. We even tried buying prawn paste chicken premix to marinate with the same temperature and timing. It turns out good too. All you need is flip on the other side at half time mark. Trial and tested. Cooked well and no 'blood' trace on the meat. Wahahaha... 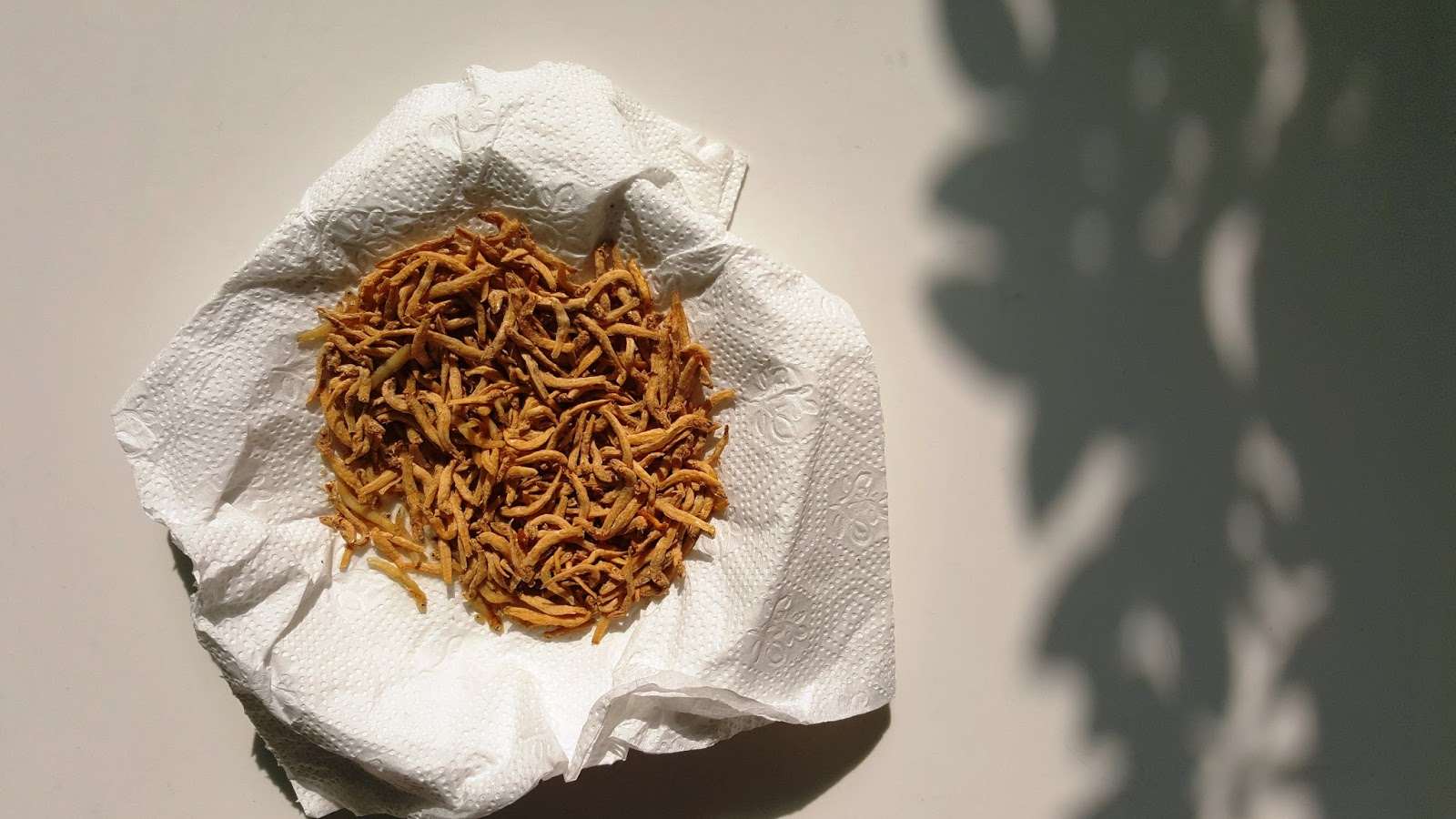 Because of its tininess, you have to be quick and attentive to prevent from charred over the heat. Now with this method, I don't have anymore worries. So try it. I suggest using aluminium foil to contain it because it will 'fly' all over inside the airfryer. 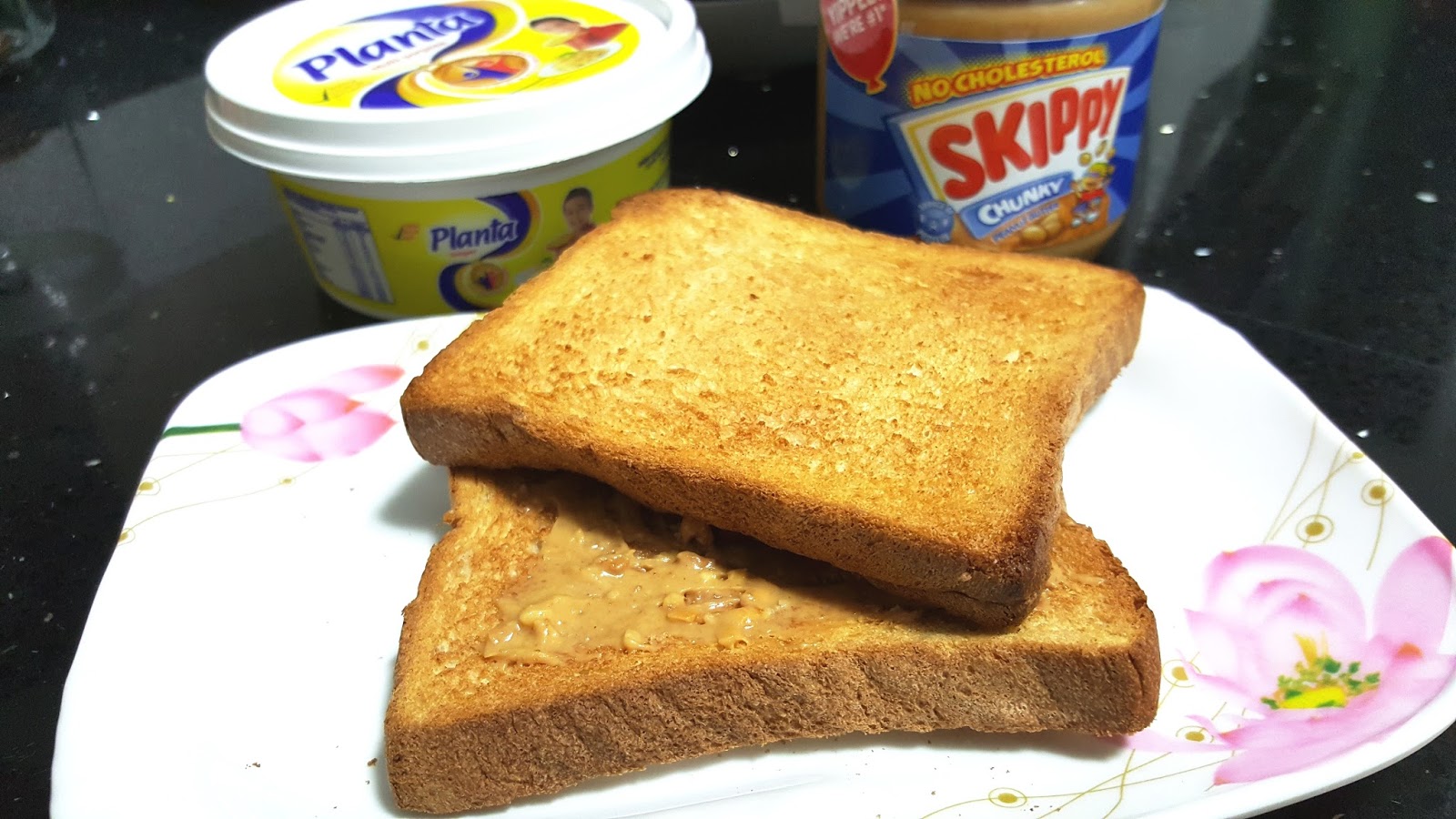 Impromptus try. Seriously, I just throw in my expired bread slice (since not mouldy) and tried. It comes out just as good as those in toaster. YEAH!!! Go away toaster. Airfryer for the win! 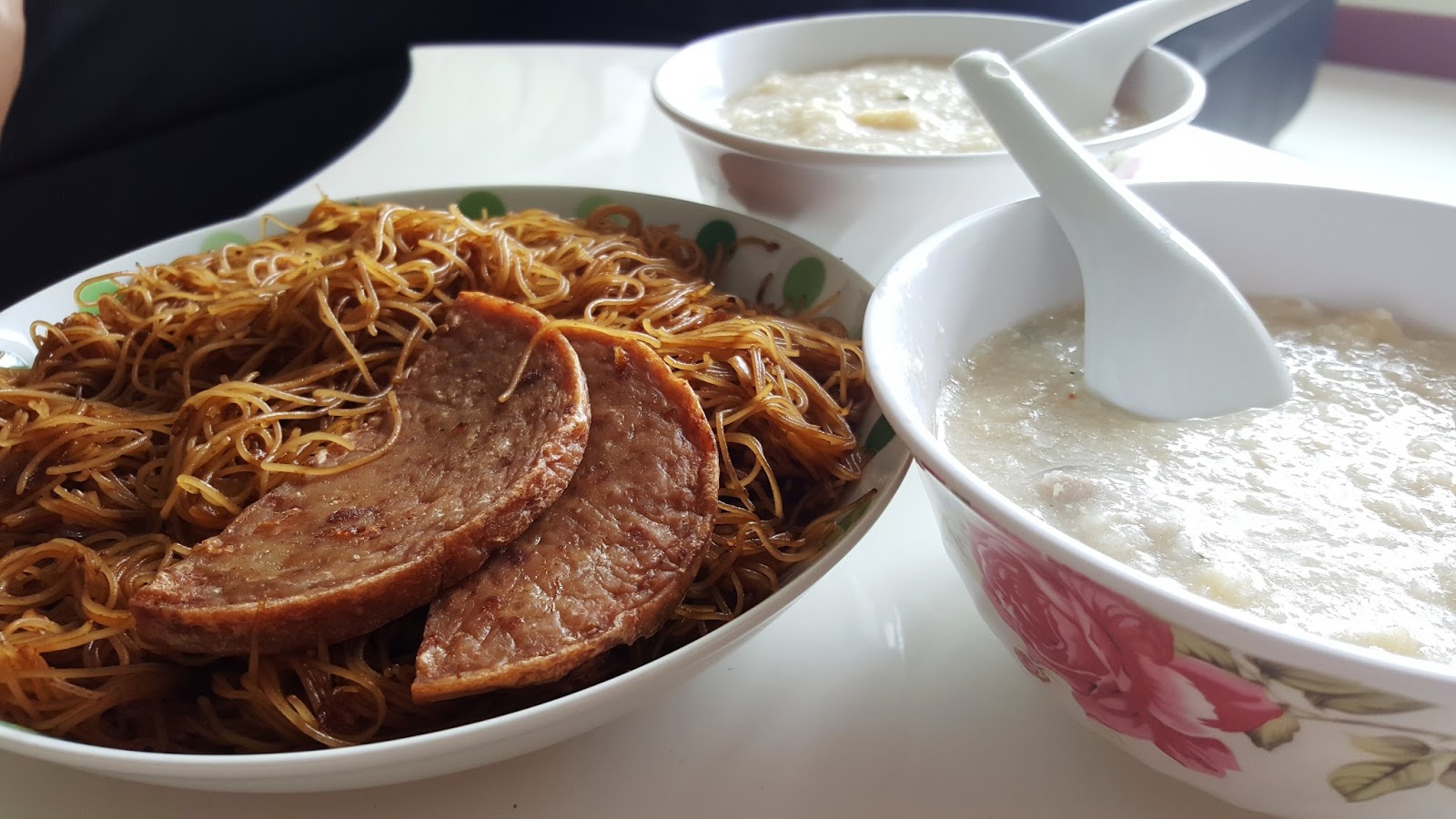 It all depends on how thin a slice is and from there, you gauge yourself. A minimum of 5 mins is actually enough but if you want it more crispy, don't be afraid to do for another 1 - 2 mins. It will at first look weird but eventually when it cools down, it will look normal. Texture wise, I would suggest doing it for 5 mins and that's it. 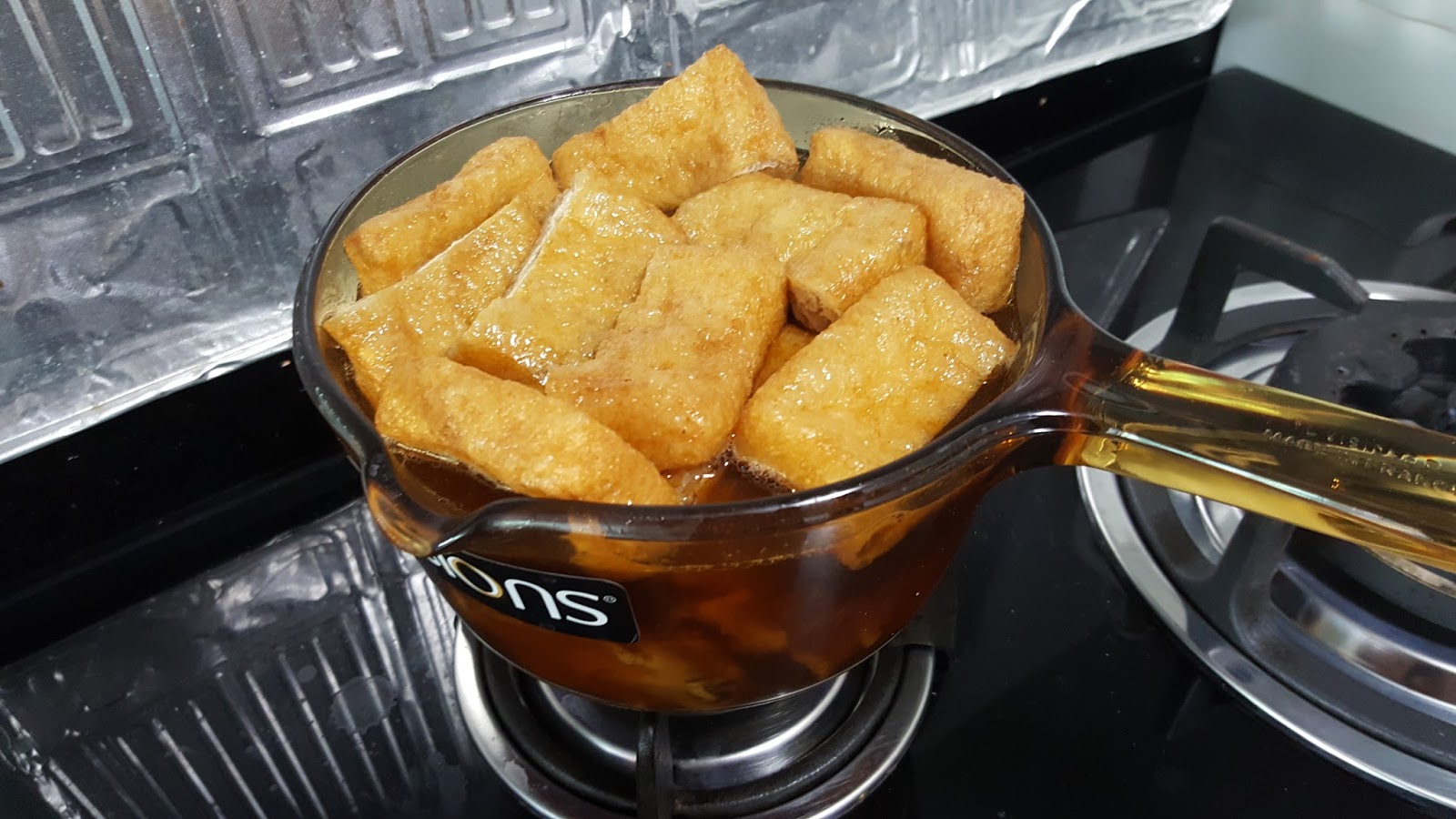 Actually is my husband's idea to airfry it before putting into the soup because first of all, airfrying it suck up the moisture. Secondly, when you boil in the soup, it won't become soggy although it will still absorb the soup. What I'm cooking was Bak Kut Teh and that explains why an overflowing of tau pok in the pot because I really love tau pok in this soup. 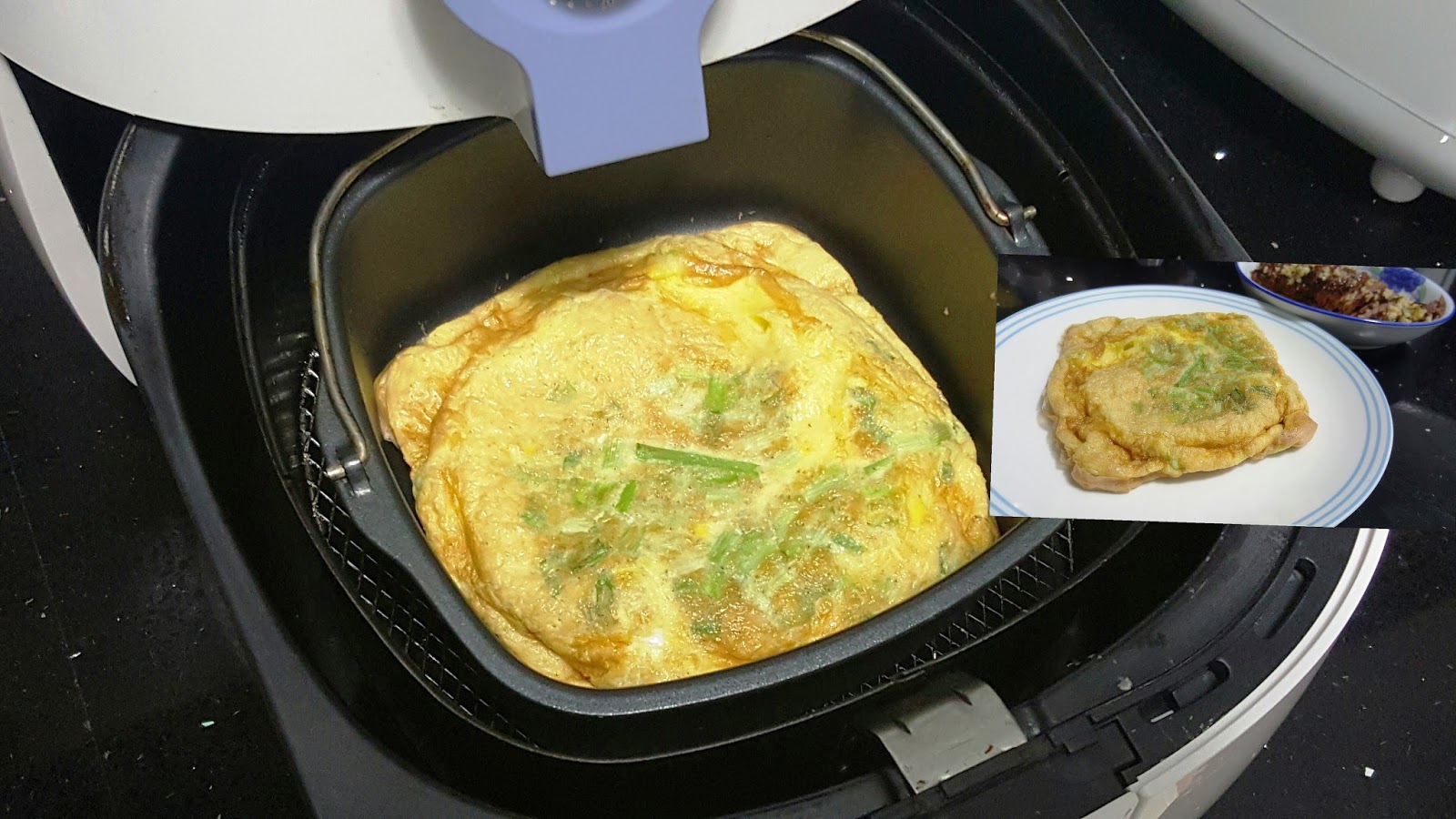 
Recipe: 3 beaten eggs, chopped spring onion, minced garlic, sesame oil, salt and pepper. The quantity is your own preference. No specific amount. And that is all you need to put in the baking tray and you will get a thick texture omelette which tastes just as good as in the frying pan over the stove. Most importantly, it is not oily as you only require little to none amount of oil. 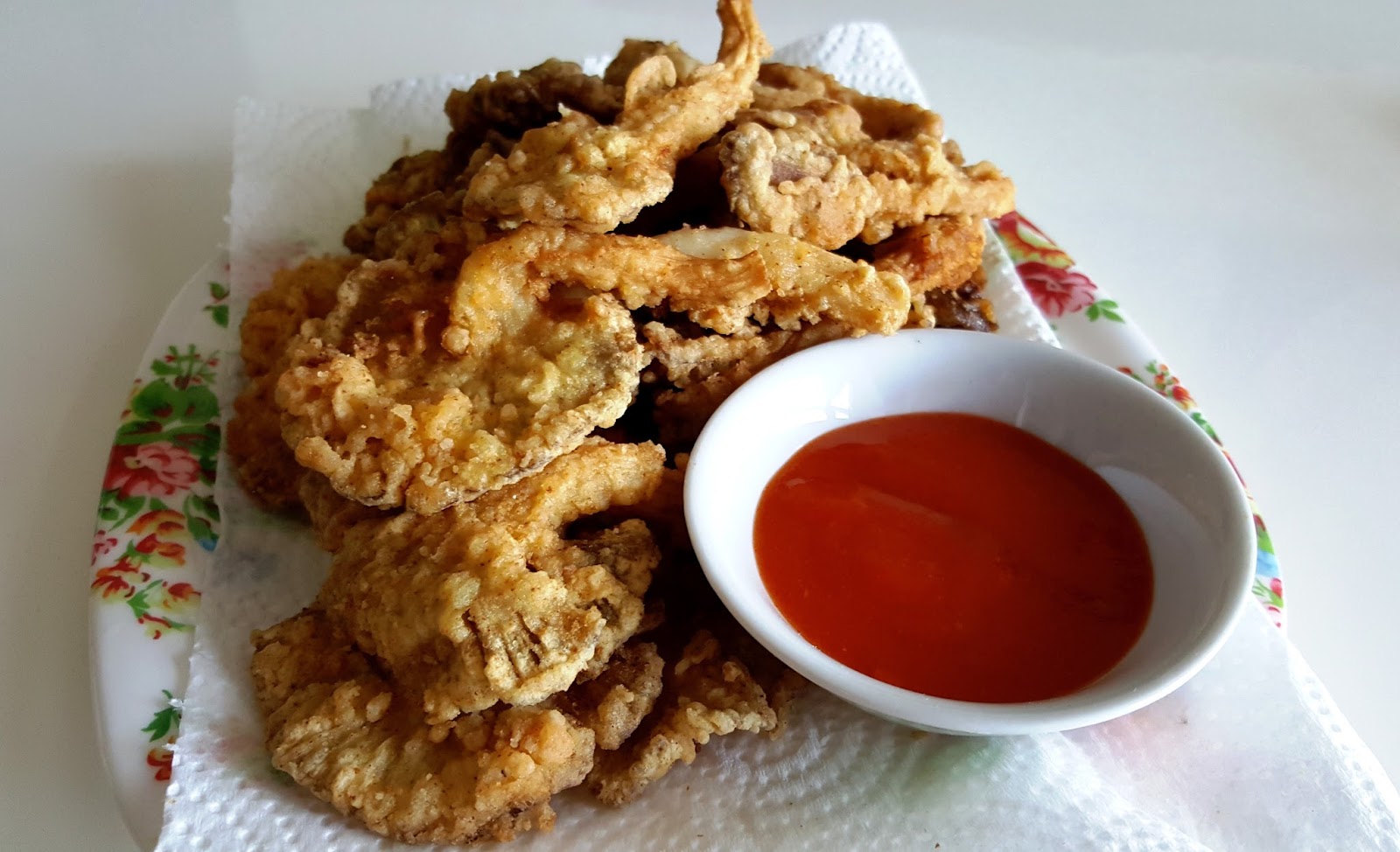 I must say this. It is not entirely fry with air-fryer. It is just to restore its crispiness. Because after you fry in the oil and if you are not gonna have it while it is hot, it will get soften or soggy. So before tucking it your meal, probably you can throw them into the air-fryer to restore its glory again. It really works for me (at least). Crispy as it is.


Disclaimer: It may varies on different airfryer (I think) but mine are all done by Philips Air Fryer HD9220 (the older version). So please trial and error. It won't go too far wrong.

Popular posts from this blog

Never really go to any restaurants open by the Chinese except for steamboat buffet which is also in the vicinity of Geylang (it is quite a huge place with eateries, restaurants, on top of that 'red light district'). This place was hidden along shophouses and our friend brought us there on a Sat night after attending a baby shower in the afternoon. It was almost full house (if you never come early) and you know who are the patrons most of the time. They really can eat. 很吃货.
They serve up the dishes quite fast. But anyway most of their dishes are sides or maybe I miss out from their menu. Very local (I mean to them in terms of locality) taste.

The many skewers ordered by the young boys (our friend's students). Wow... I got myself Taiwan Sausages. Yumz. There are wings, potatoes slices, Chinese chives rolls and meat skewers. I suppose is mutton skewers. I love the Chinese chives skewers. You can't believe it tastes so good. 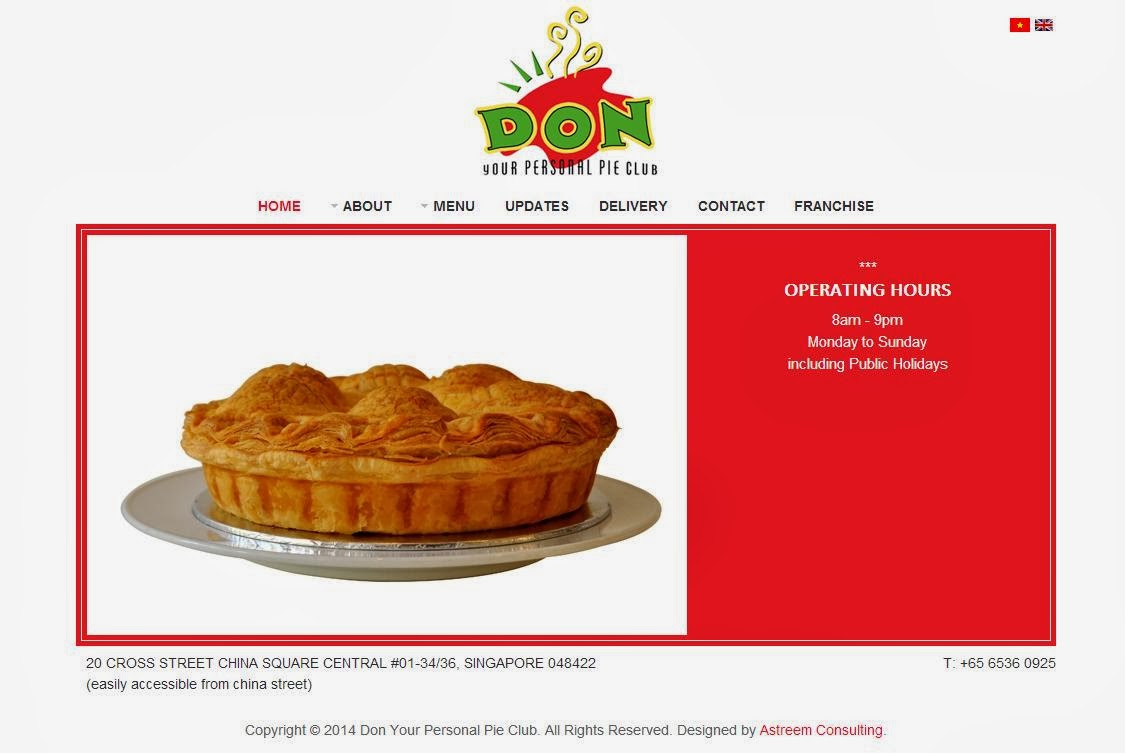 Okay... I know normally you won't make your way down to hospital *touch wood* and nobody wants to step in hospital but hey... don't think that way! If you are working nearby and have lack of choices for your lunch, why not go down to the new NUH Medical Centre? Their F&B and Retail areas are growing. Explore for more choices.
It is very convenience as the entrance to NUH Medical Centre is just at Kent Ridge MRT station (Circle Line). The first shop that welcomes you at the entrance will be Uniqlo and the aroma from the bakery.
At Level 1, you can find Don-Your Personal Pie Club. (CLOSED)
I think I did not do any review on their pies but certainly submit one at +OpenRice Singapore and my advice is to share with your lunch partner, even if it seems like a 'small' pie to you.

Just beside Don is the newly opened QQ Rice - The Rice Magician. At Level 1 too.

Basically they have opening promotions going on now and is always long queue so I never go for that. However, I have a…
Read more