Back to the kitchen for more weekend cooking after a week (or more) of hiatus. I miss my kitchen, although once a while use it to cook instant noodles. Haha... so we are into the 9th day of 2016. And decided to go easy on a Saturday with a one dish meal, Soto Ayam (or Mee Soto) for our dinner. I love Mee Soto and you can find it at Malay food stalls. But I couldn't find a good Mee Soto, yet. So meanwhile in search for some good Mee Soto, I shall try cooking at home since having the paste in my kitchen cabinet.


First of all, I thaw my frozen chicken wings. Wash it clean and cut away fats (if any). Bring it to boil with water, salt, pepper and ground turmeric. Why turmeric? To add some color to the dull white chicken. I let it boil for at least 45 mins to an hour for the softness later so that the skin and meat can be easily remove and rip off. Yes indeed. I got my shredded chicken meat in less than 5 mins. Remember to go through running tap water for a better texture. Do not throw away the water from boiling. Use it for the soup later on. See that layer of chicken oil/fats from the boiling? Awesome.The soup is gonna be savoury!

And yes... I used this paste from Sing Long. Bought it at Giant. Nowadays, there are lots of paste at supermarkets for working professionals like us. Convenience and a quick-fix to our meals on any days of the week. And for cooking noob like me. *clap clap clap* 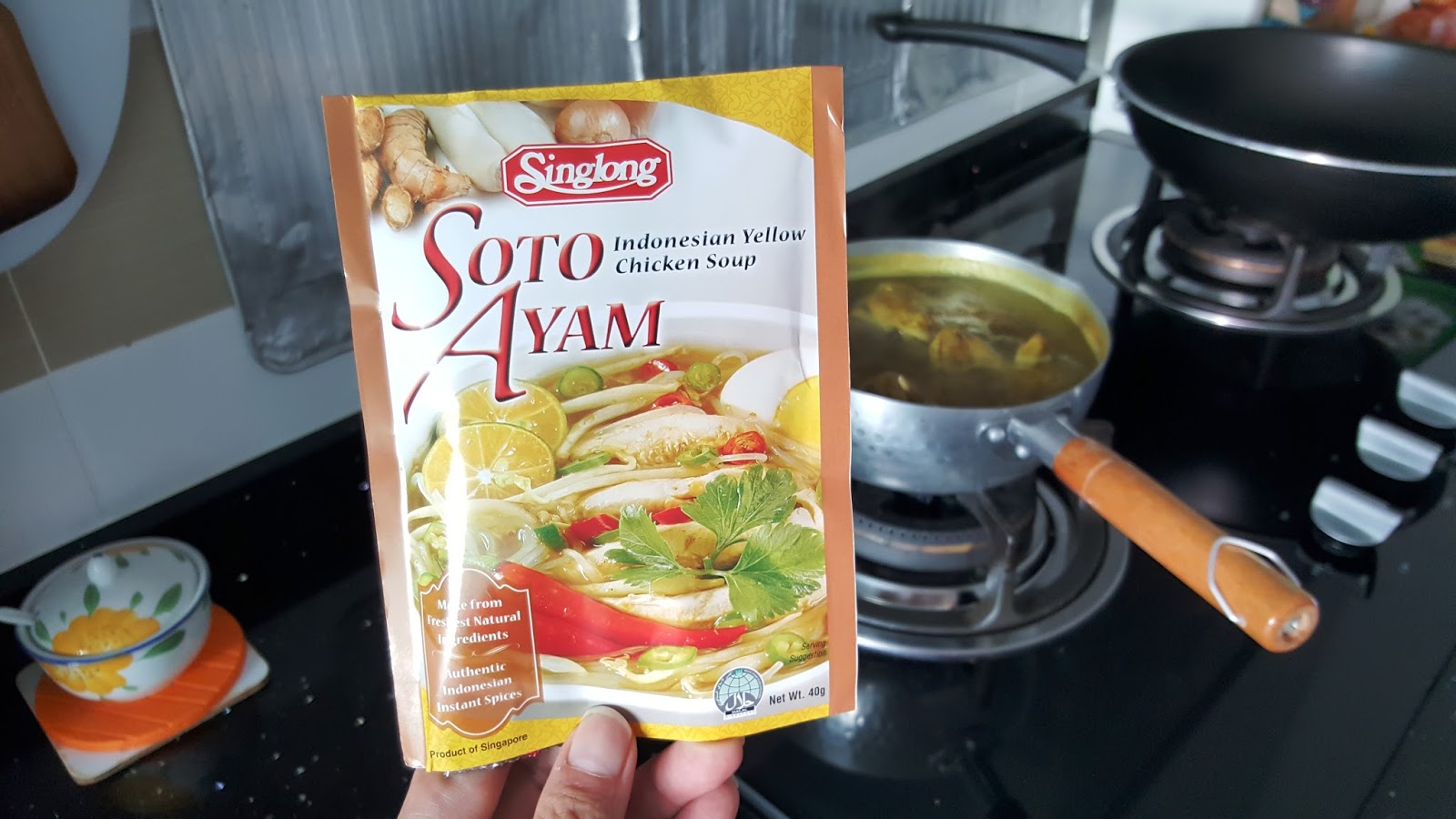 On top of the paste and chicken, we added 1 potato and onion, chopped into cubes and bring it to boil in the soup. We don't really like beansprouts so omitted. Look at the boiling soup. When it is done, I get a clear pot of soup. Nice. 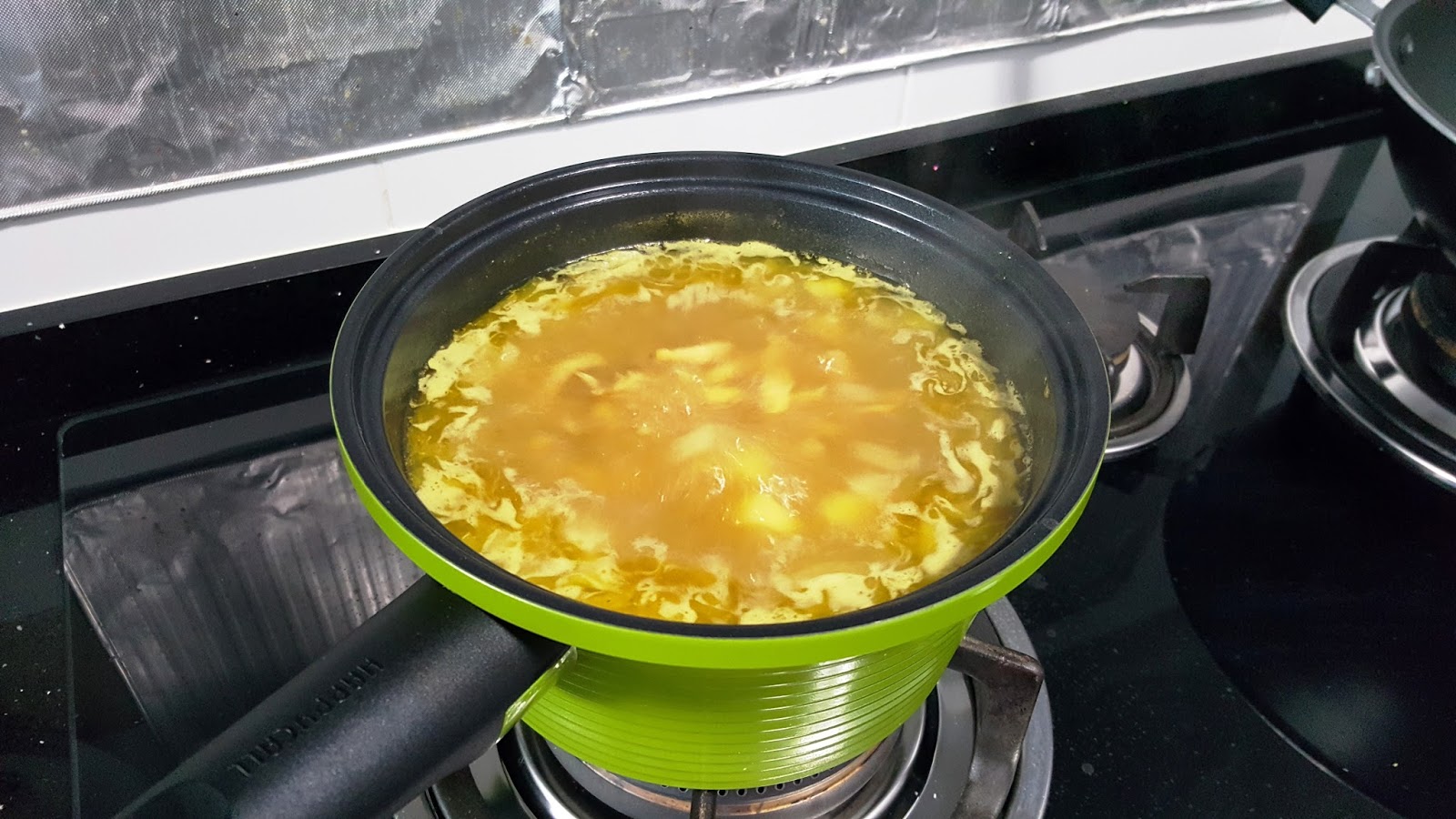 And there you go. My Soto Ayam. Husband go with yellow mee and beehoon (vermicelli). Wifey go with just beehoon. Nice try. Topped with chopped chilli and spring onions. A very simple one dish meal for two of us. 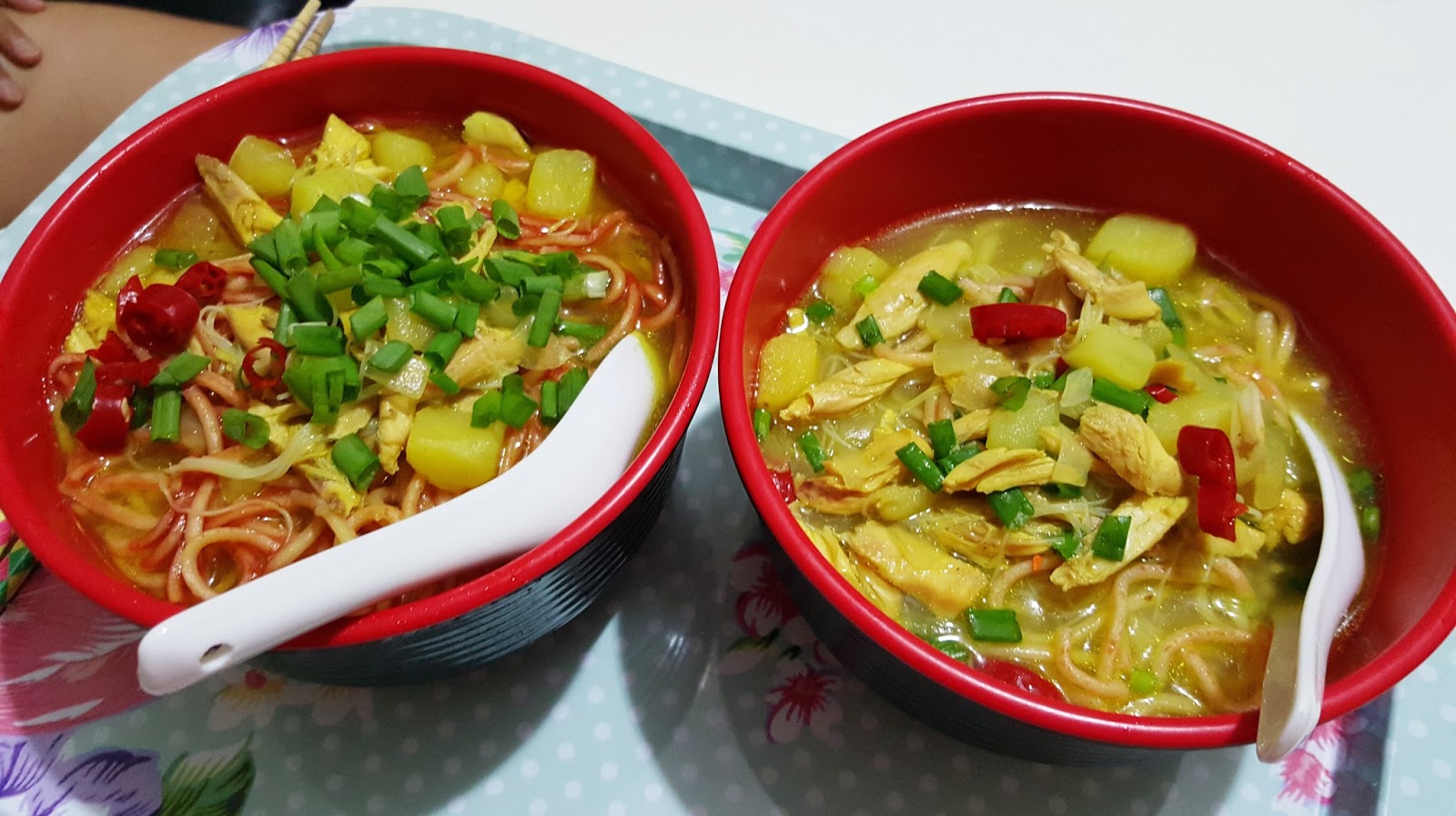 Method:
Okay that is not all. In order not to waste the leftover soup, we decided to use it for our breakfast the next morning. We gonna cook porridge with the soup base. So what do we call that? Soto Ayam Flavoured Porridge. Woohoo...


All I do is just grind the rice grains and pour in to the soup and cook. My husband finds it nostalgic because he tried before such porridge at Malay food stalls and now, not many stalls are selling porridge. He said the taste is near similar. Wow... the spice pack is awesome. 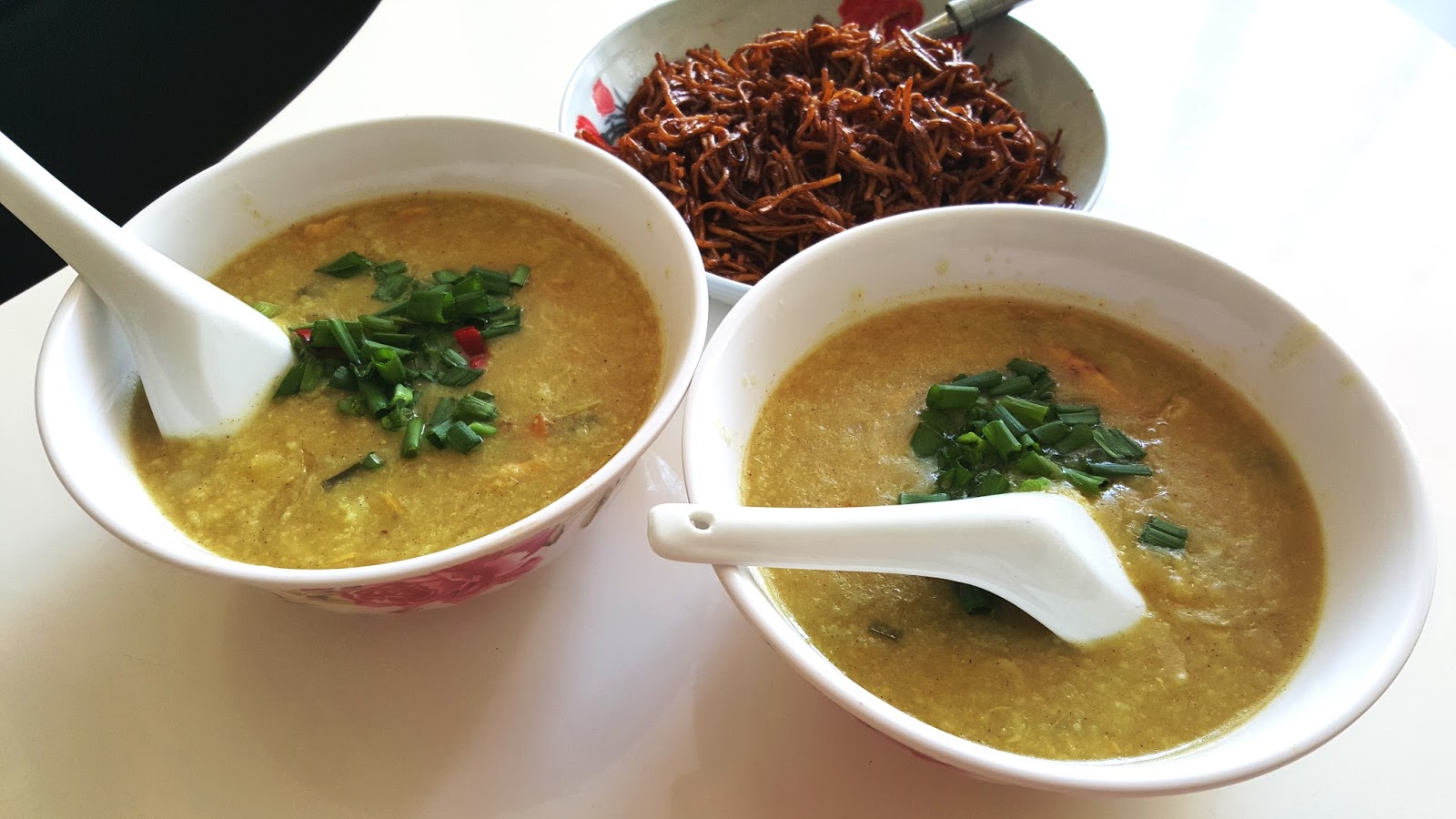 Do let me know if you have come across nice Malay food stalls that sells such savoury porridge. Would love to try it. And by the way, that spice pack is Halal certified so to my Malay readers out there (if I have the honour to have them as my readers), try it.

Hope you enjoy this post (I hope) and it is wonderful that one spice pack can whip up 2 one dish meal (Soto Ayam a.k.a Mee Soto and my very own Soto Ayam Flavoured Porridge). Food wastage is reduced. Feeling happy today. Bye!