The space that Kaffe & Toast took over was previously Yakun Toast. Finally. At least I get to have some decent mee rebus or laksa here. FINALLY!

Long queue and their recommended Signature Thai Boat Noodles (beef or chicken version) which my colleague had tried was good but the taste was ruined by her drink: lime juice (or honey lemon, I can't remember). It makes her feel ultra salty and keep wanting water to wash it down. Now you know what not to have with the boat noodles. And also, they have limited seating capacity so please come early to chope a seat. Price range is about the same as those at Yakun and Toastbox. 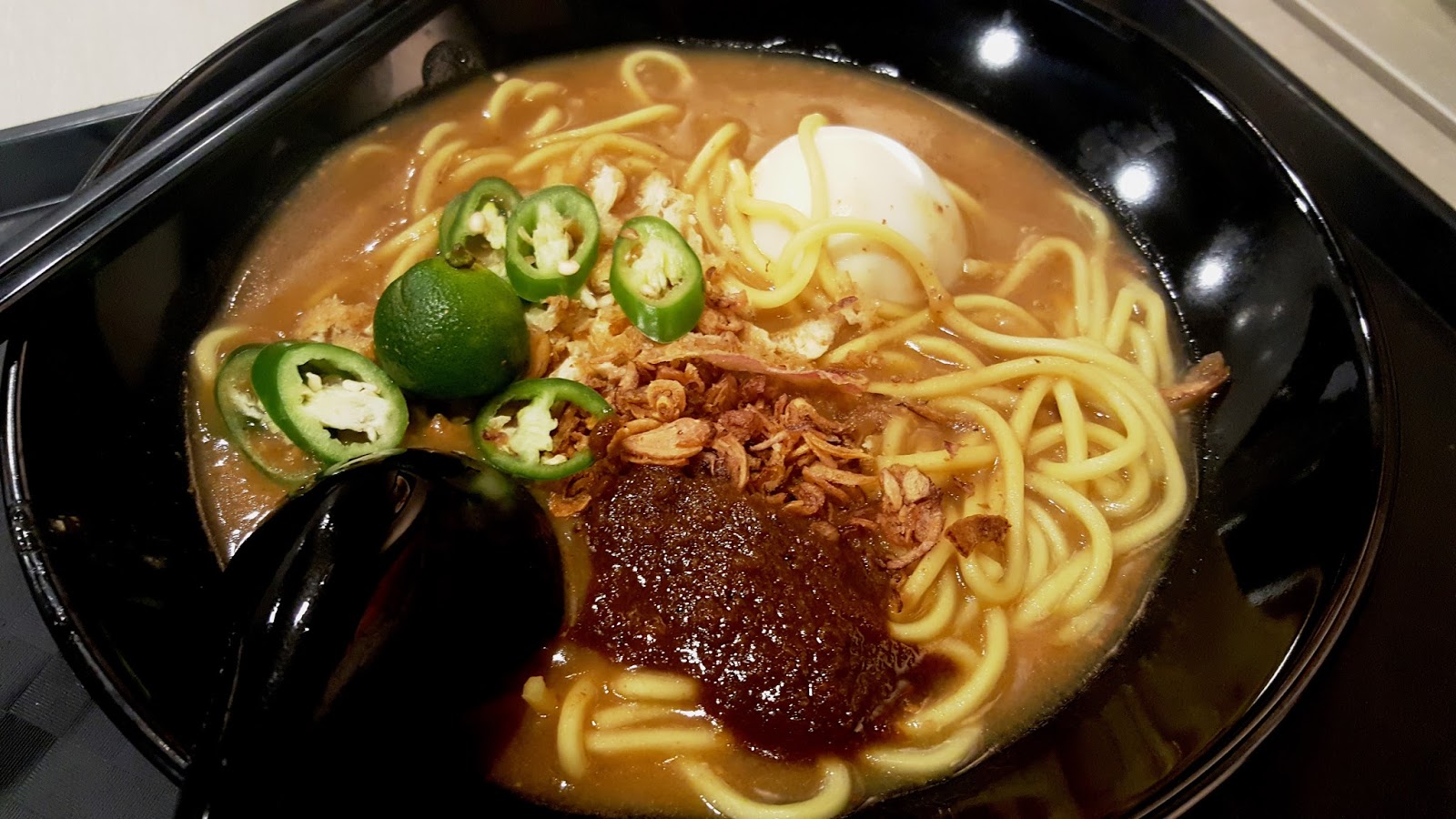 It has been long since I had a nice bowl/plate of Mee Rebus. To have one now, it is within reach from my workplace. This one here suits my palate. No need for a fancy bowl of Mee Rebus to stand out from the crowd but the gravy plays an important part to the overall taste. Not to diluted nor overly thick. This one is good with the standard toppings. 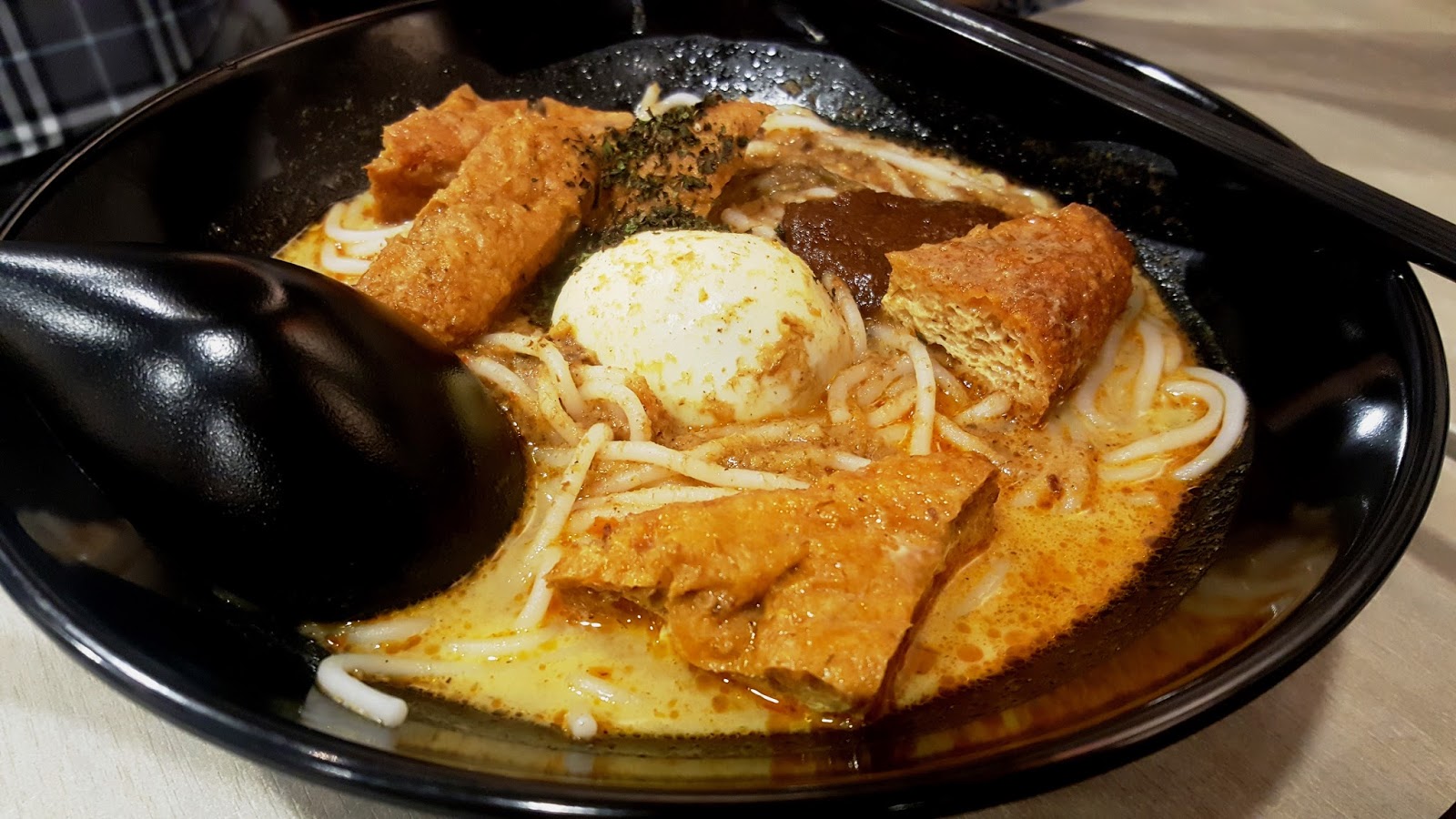 In general, the laksa gravy has this tell-tale sign whether it succeed or fail in taste, even with the freshest ingredients to complement it. That is through the colour (in my opinion) and thickness, and also depending on how much coconut milk/cream is used in the making. For this one here, it is neither here nor there. I can't say it is bland but it just met the standard requirement of laksa. Definitely better than what I had the last time at elsewhere. Not gonna tell. 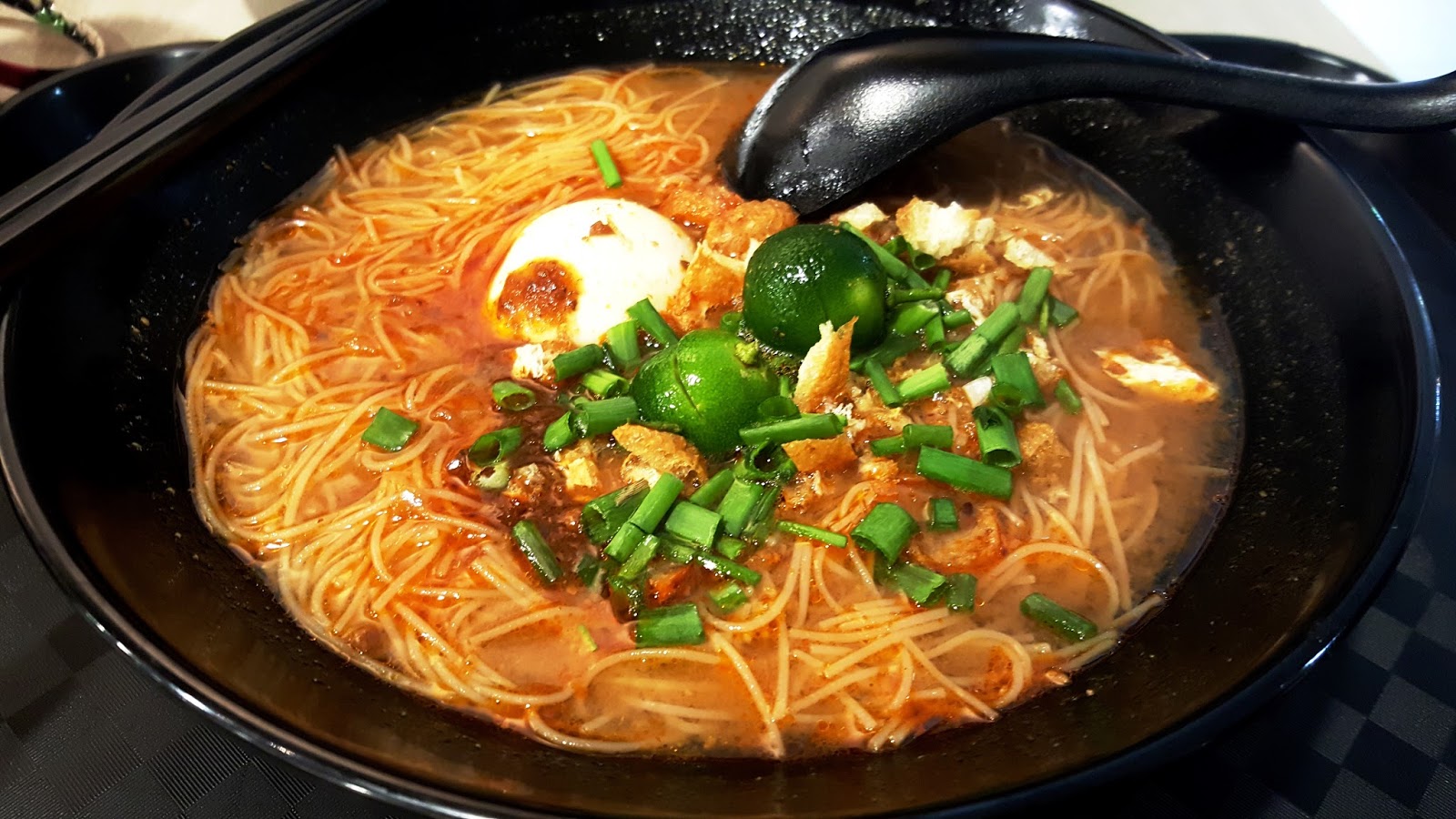 Somehow it suits the palate. I'm being to judgy. Looking at that diluted soup base makes me wonder how tasty can it be. But it proves me wrong. Though there are better ones out there, it still worth the money rather than having something that is tasteless like plain water. Same thought for Laksa.

I think I'm done with their Asian selection. Never tried the Chicken Rendang. You definitely need to have that mood for it. At least for me. 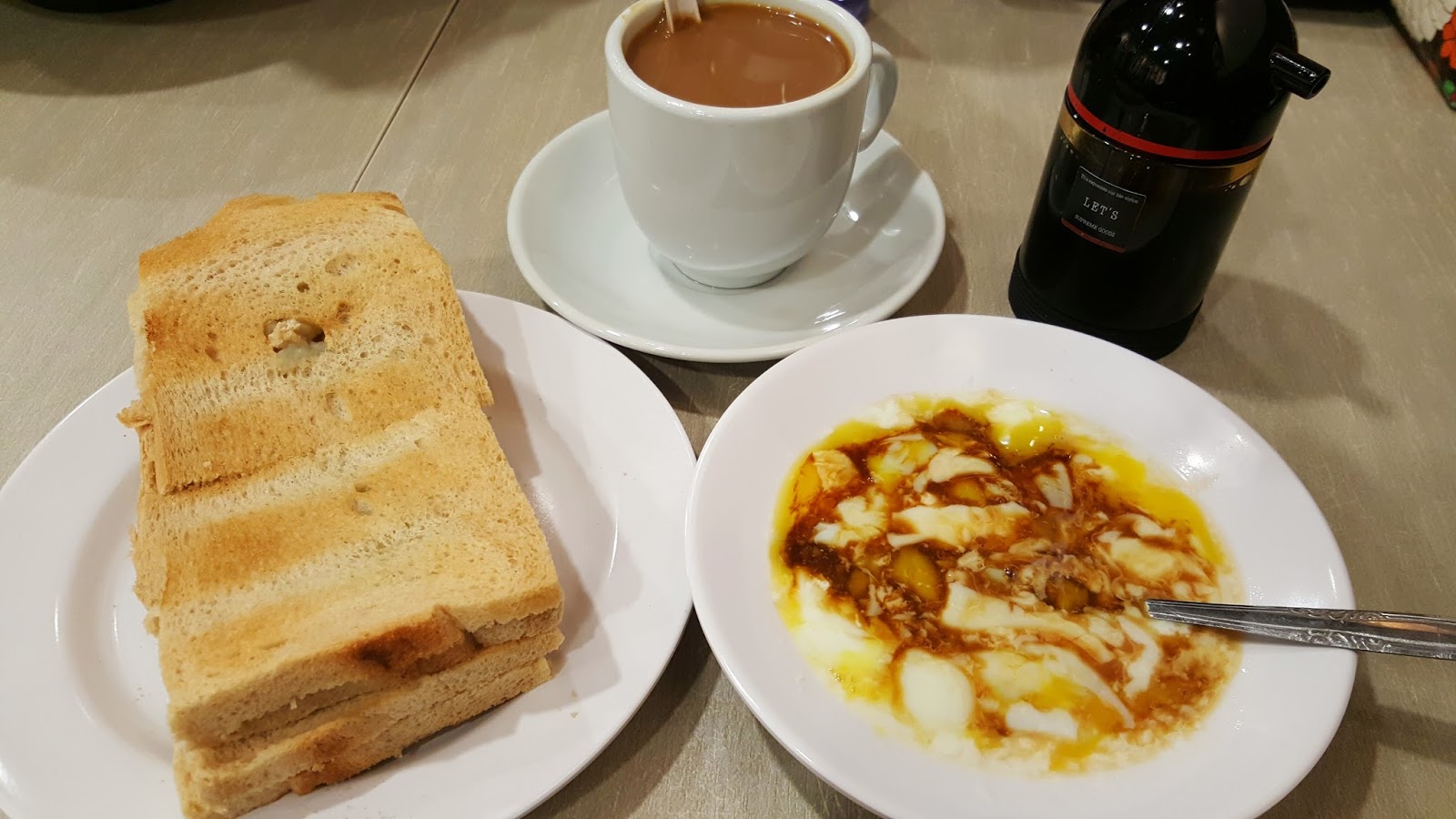 It has been long since I had toast bread, especially like those traditional ones which most of us will have it for breakfast. Simple and light to start off your day. The only grump was bread not toasty enough and the Yuan Yang is too sweet. Should have ask for less sweet. 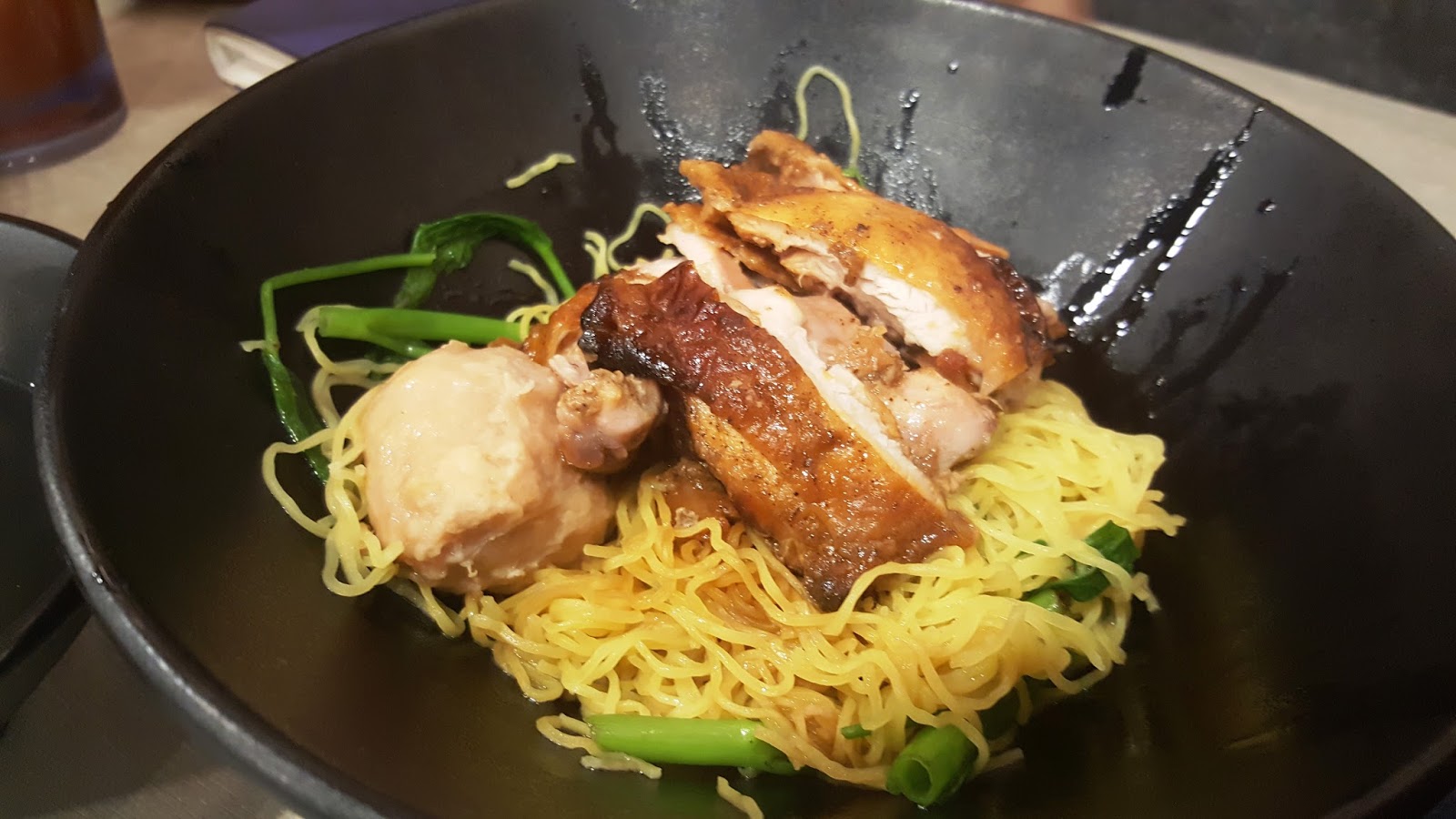 Looks like a typical bowl of wantan mee. But the proportion of the noodles and meat were well-balanced and savoury taste. Chicken ball added too.

So if you have run out of idea on what to have for lunch and you are not so particular with mediocre taste, do it simple and come Kaffe & Toast.