Travelogue | Another trip to JB

A week before the March school holiday, we decided a trip to JB again because next week is gonna be packed with vehicles and human. The last time we went was a havoc. So many people heading in to JB. Parents with kids and old folks and so on. So unbearable. Lucky day. Traffic both on the road and custom were smooth and fast. Already in JB by 11+ in the morning. Phew...

Together with my parents and my aunt, we head there via SBS bus 160. Yes... up and down we go through the custom both Singapore and Malaysia. I'm fine with that but not for the folks.

Once we cleared off the Malaysia custom, head off to the bus terminal to catch a bus to Pelangi. Bus ride was RM1.30 per pax (about SGD0.40) and seems like they wanted to wait for the bus to be half filled (at least) before moving off. We waited in the bus for at least 10-15 mins (or more) and finally after 1 fellow get up the bus, they decided to move. 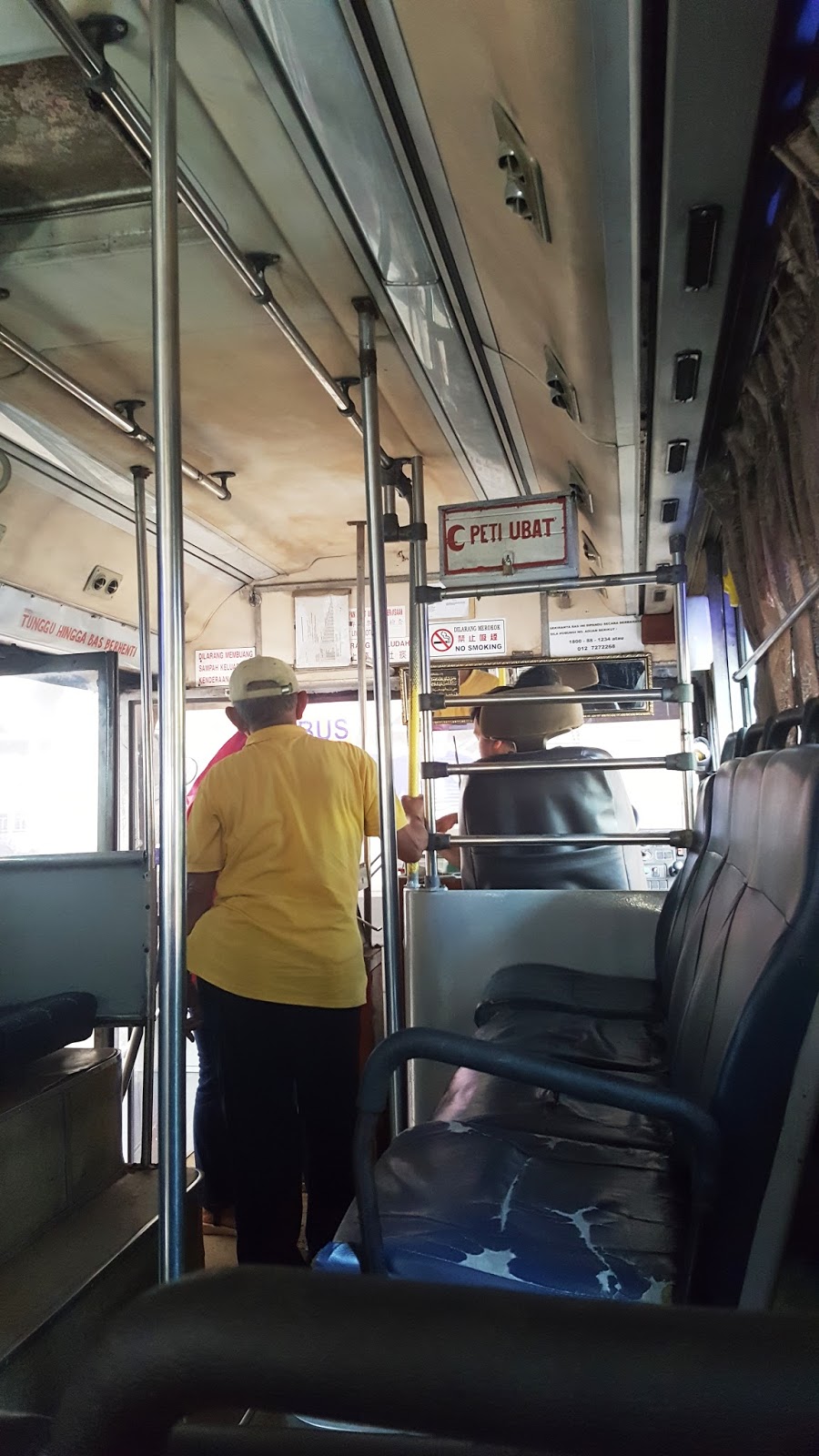 Quite a rundown bus but then what can you expect? We need the service to get ourselves to another part of JB. So no complaints. Cheap bus ride. But you can smell those dirty air from outside while on the move. And when you want to stop at a certain place, be quick to get off the bus because they don't wait for you more than 2 seconds and move off without closing the door. This is the 2nd encounter and especially when you are with old folks. They need some time to move down the few steps. Scare die me.

And then we finally reach Pelangi (opposite from where we alight). Walking across seems so ridiculous. I hardly see another lines on the road that tells us it is traffic light crossing point. Look high and low and it doesn't look like it is. So we go by following the cars that has the right of way going straight. And we cross. I keep telling my dad what kind of traffic light is this. Yes there is traffic light (red, amber and green light) but for vehicles or human to move? Crap.

Pelangi Leisure Mall is on a upgrading mode. But anyway we don't really shop there. Just went into Cold Storage to look around. But most importantly we went to the streets behind the mall for lunch. The stretch of shophouses filled with a variety of food stalls. My dad was looking for the Kolo mee which we had previously but is gone. So we settled for wantan mee and chicken rice (for myself) at the coffeeshop (or they call it Restoran No Signboard). 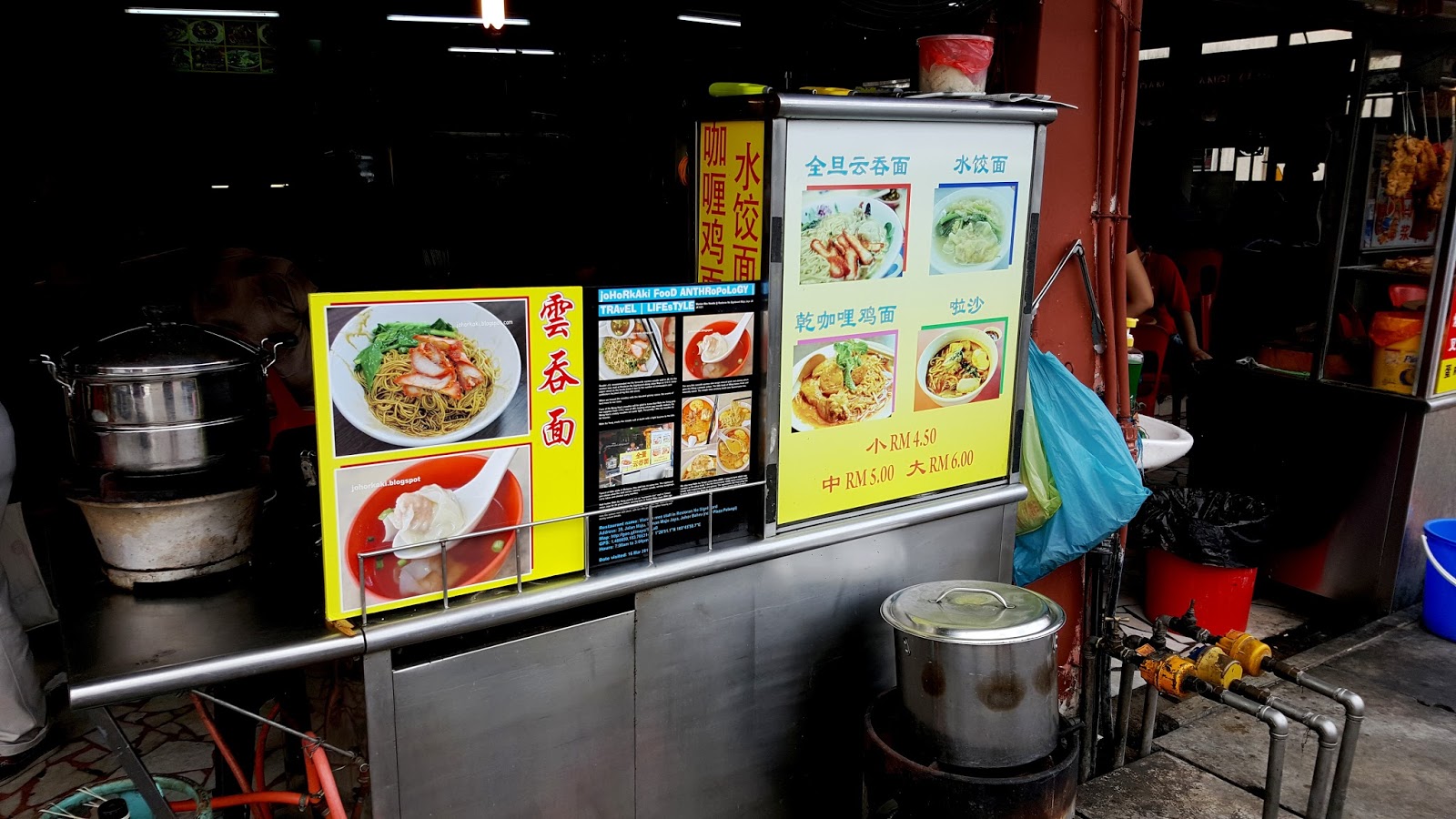 The folks had their wantan mee and dumpling soup noodles while I had roasted chicken rice from the stall on the other side. Happen to know that a famous blogger JohorKaki wrote about them previously. Wow... and definitely they got 4 thumbs up from us today. The big fat dumplings (for 水饺面) were so filling. The noodles were QQ one. Can try if you are here. 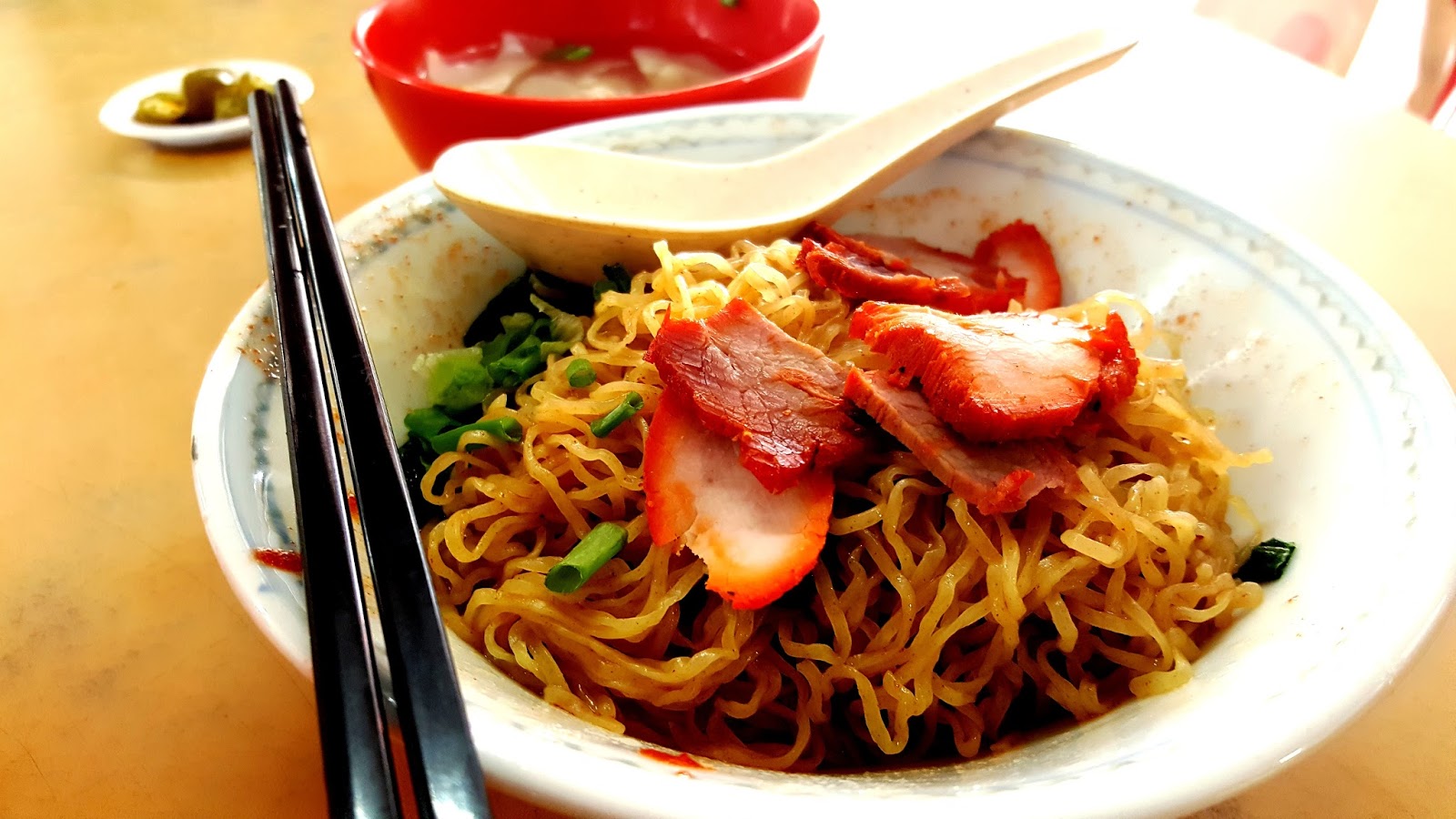 And I had the roasted chicken rice with a braised egg. Shit I recently love having braised egg especially for breakfast when I had porridge or macaroni soup. Wtf! RM5 for this plate. What do you think? Awesome!!! Less than SGD2. 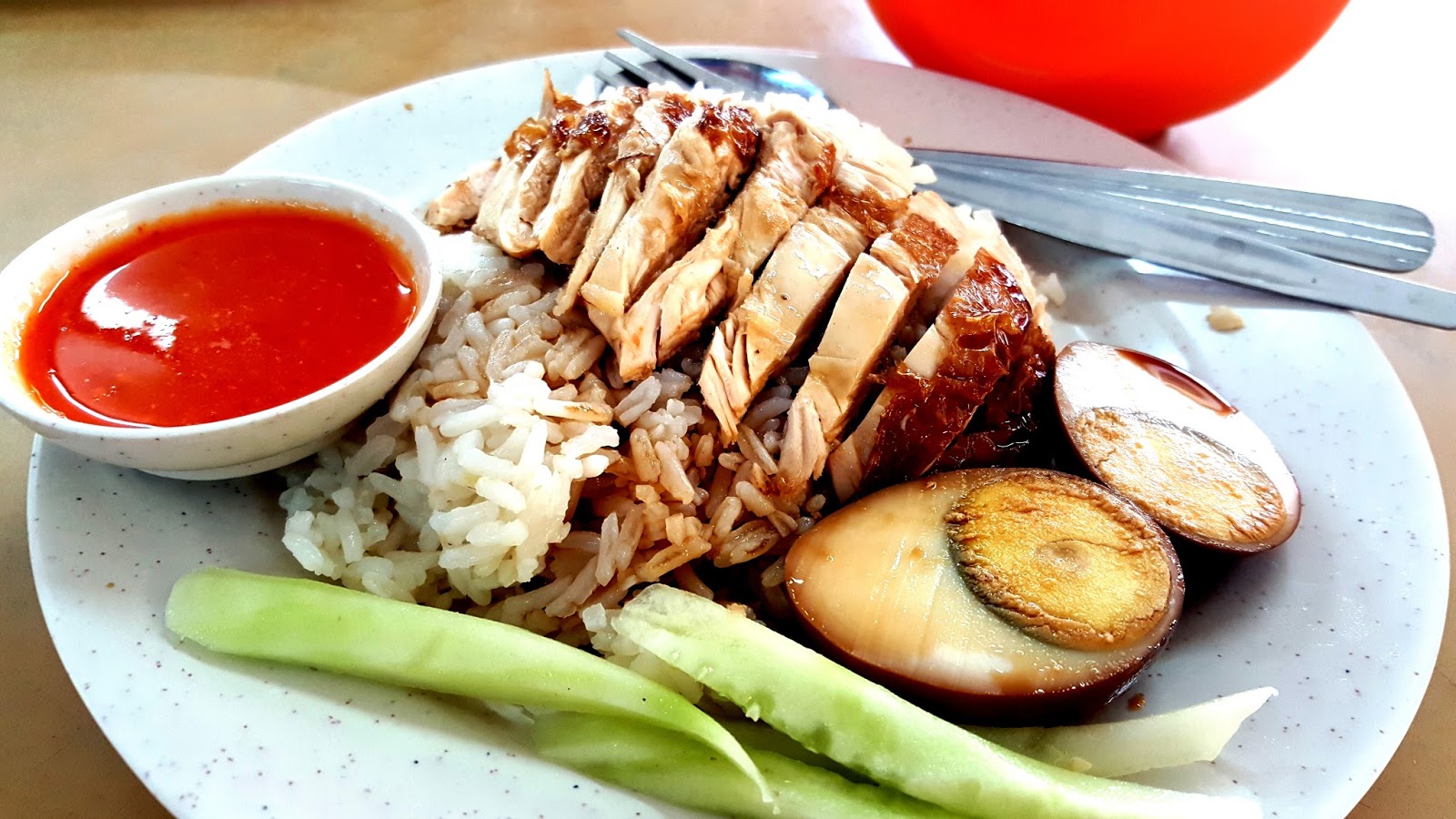 And there is this economical rice stall in the same coffeeshop. The variety is a lot and nobody will serve you except when handing you a plate or box of rice or receiving cash from you, you can choose what you want to have. Less manpower and one of the many ways to cut down food wastage. You will know how to gauge your appetite. Because it is going to be charged accordingly. I like it this way because in Singapore (I experience it myself), they give you little in quantity (also depend on the stalls that you go to) and pricey. Sometimes a dish with meat and veggie together is charged as two dishes. Some stalls don't do that. You see what a standard it is here in Singapore. I'm annoyed by this so I rarely had economical rice. I rather cook my own better. I like some stalls where they really set the price there and rarely go wrong. The most annoying is those who never. Anyhow charge. I never anyhow say one. This is true. Try hopping around the island for economical rice and you will get what I mean. Enough of my rants. My own personal experience and opinion. Don't mind ya. There is always such black sheeps in all industries. 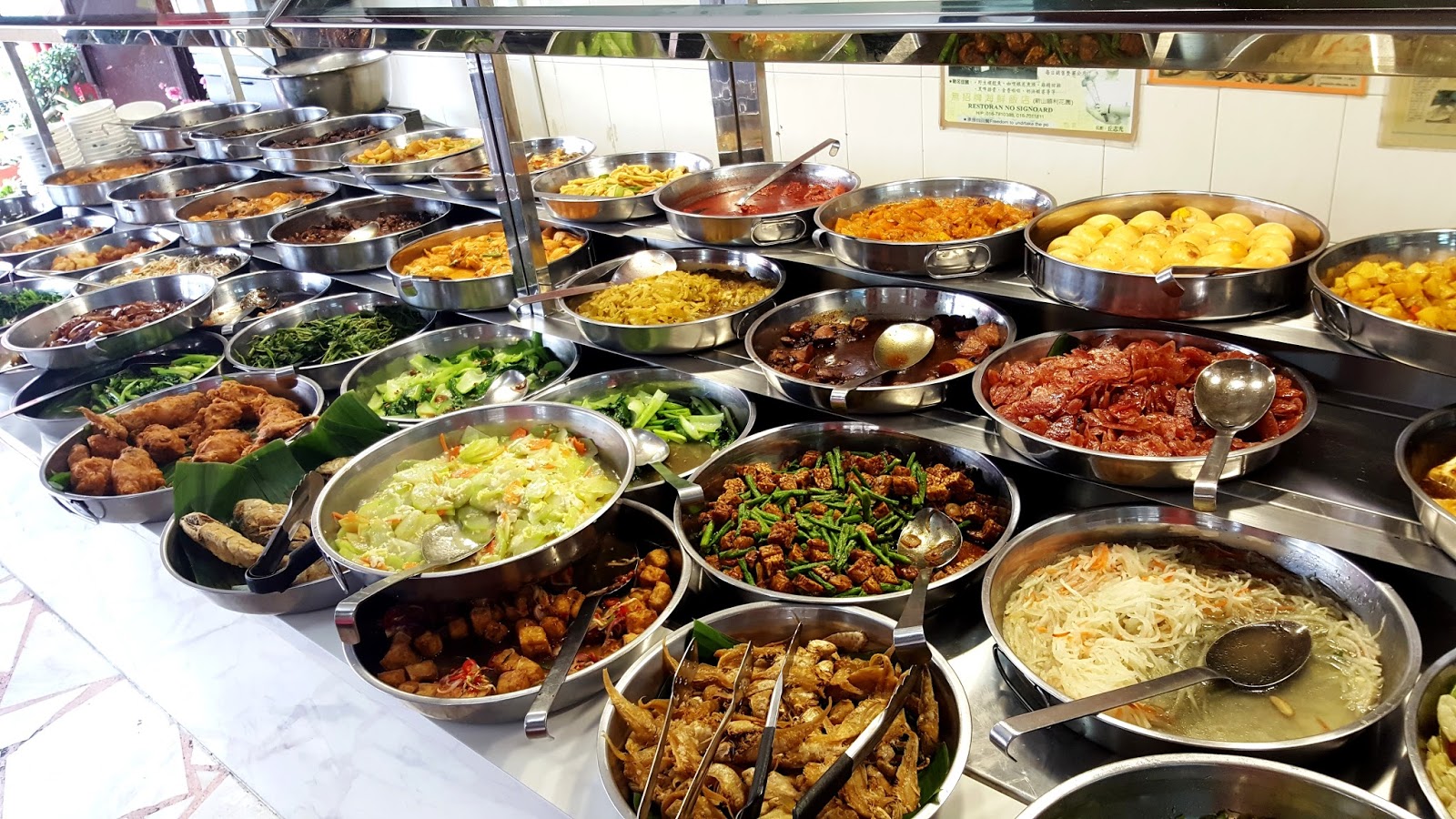 Then after lunch, we walk around the back alley of the area. All the houses at every corner. Like a tic tac toe. You can go through every lane. Definitely won't go missing. 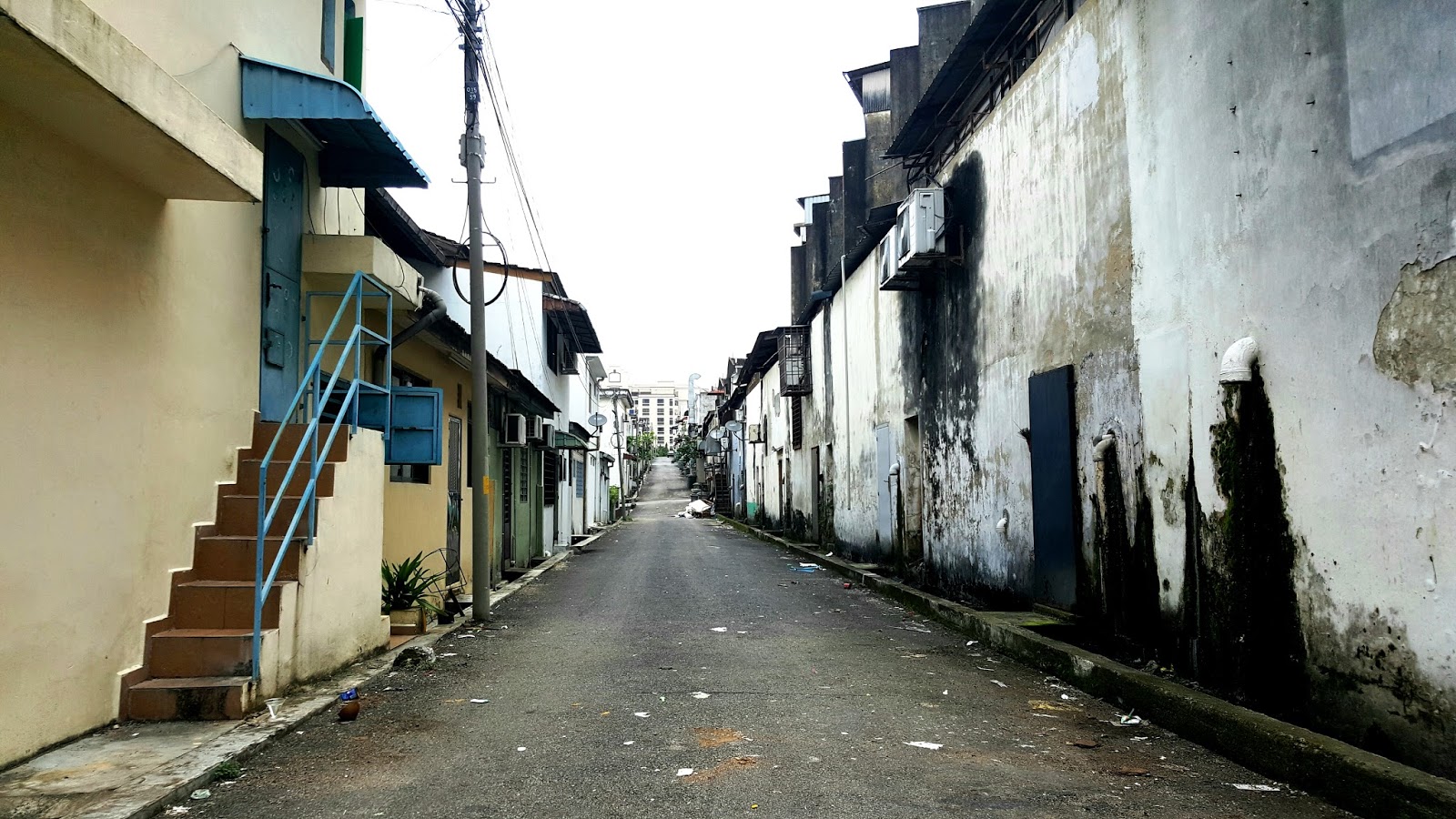 Then we went in for some cooling air in the mall. It was a hot day till mid afternoon. Walk around Cold Storage and then took a bus back to City Square. This time round we walked to the nearest busstop. Unlike the last time, we hailed the bus at a unofficial busstop and my dad nearly fly while getting on the bus. It is very dangerous taking bus here. You must really be fast and require your agility. Unlike the one we came by, this bus is better and cleaner. Phew... 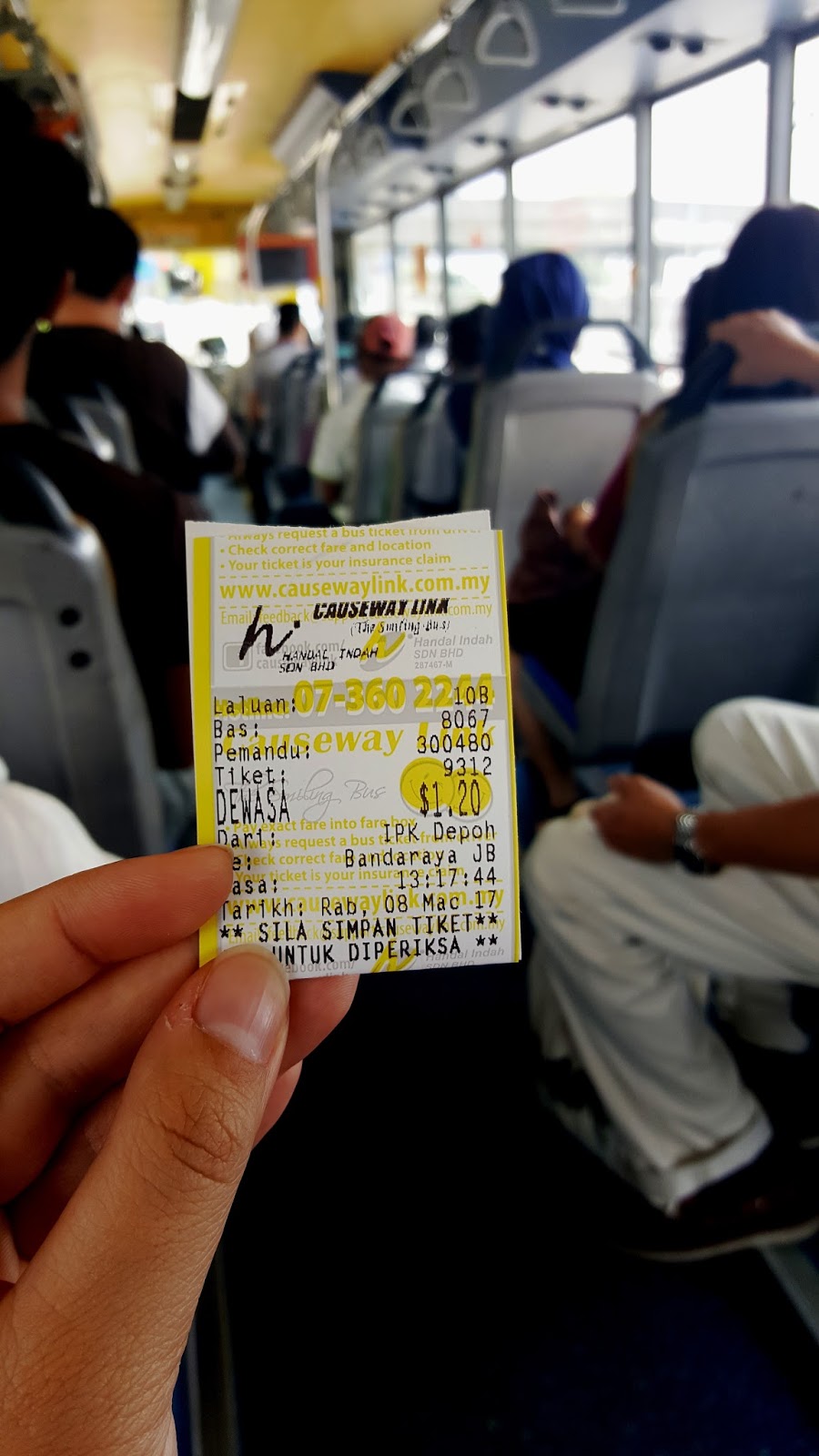 And nothing much to say. All about shopping at the shop for local snacks and all. Had a drink at Old Town Coffee before heading back to Singapore. For a short 5 hours (like always) including the custom check and all to be in JB, time flies so fast though. Had a good time with the folks especially when my aunt came along too. She hasn't been here with my parents for a few years since my dad fell ill then. So she is glad to be here for a walk around too. Till then, look forward to another.