My friend and I waited exactly an hour from 6.56 pm to 7.56 pm to be seated. Yes... I think this is the only time that we are so determined to try and despite having to stand for an hour, we are just curious and wanted to find out ourselves how awesome this collagen soup is that attracts so many patrons who would go gaga over this Beauty Pot. Luckily we skipped one group ahead of us who wanted a bigger table (because there is a baby along). And there is a time limit to your makan time. About an hour and a half. That is why when you queue up, the waitress helping out at the entrance will tell you the expected waiting time  (about 30 to 50 mins) and how fast all depends on the makan speed of their customers within that 1.5 hours.

So for the first timers, they will serve you personally on each table. They will tell you what to have first and last. But to us, it seems more like a steamboat with all the ingredients thrown into the soup. 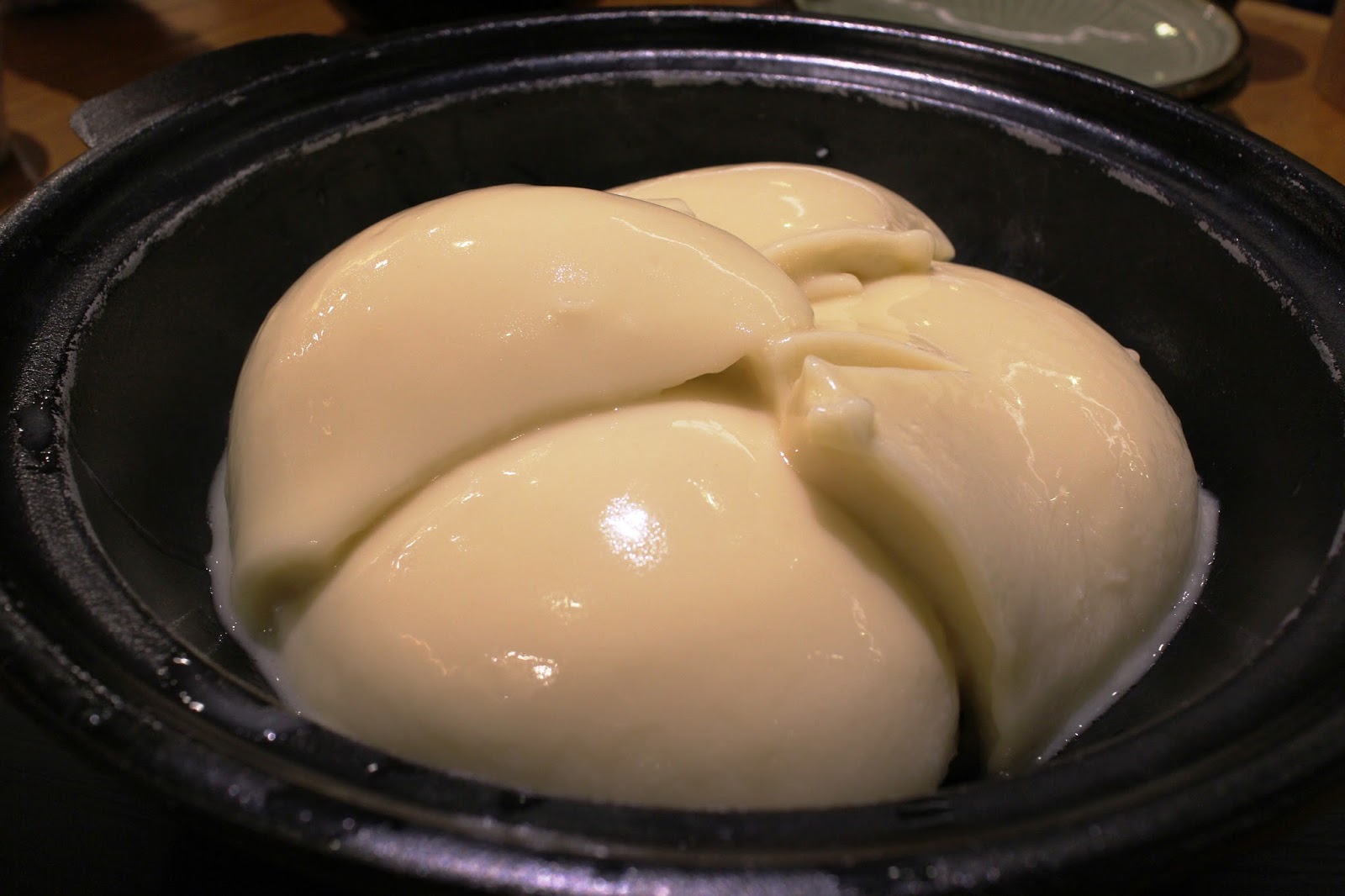 It was served up to us before 10 mins. It looks like beancurd or tau foo to me.That's the portion for 2 of us. And was told that we have to wait for another 10  mins before it melts into a pot of collagen soup. Don't need to stir at all as it just melt right in front of us with the heat. Seems like using induction gas cooker makes food cook a little faster. Pardon me for that. Noob you know. 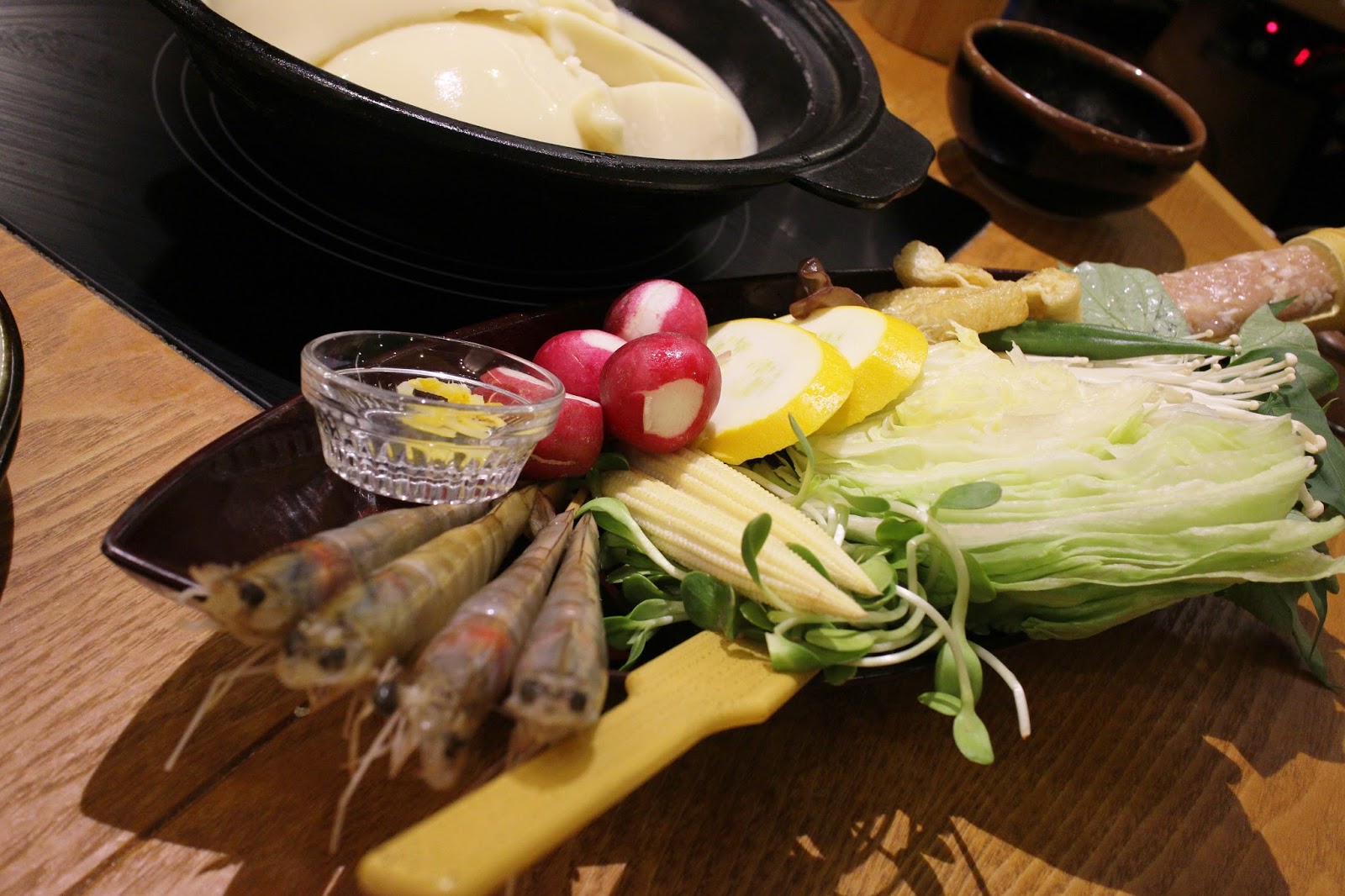 So here are some of the ingredients to put in the pot. Totally feel like steamboat. Was told to put the vegetables last because it is easily cooked than any other vegetables. The last to put will be the prawns because you can' overcook it. 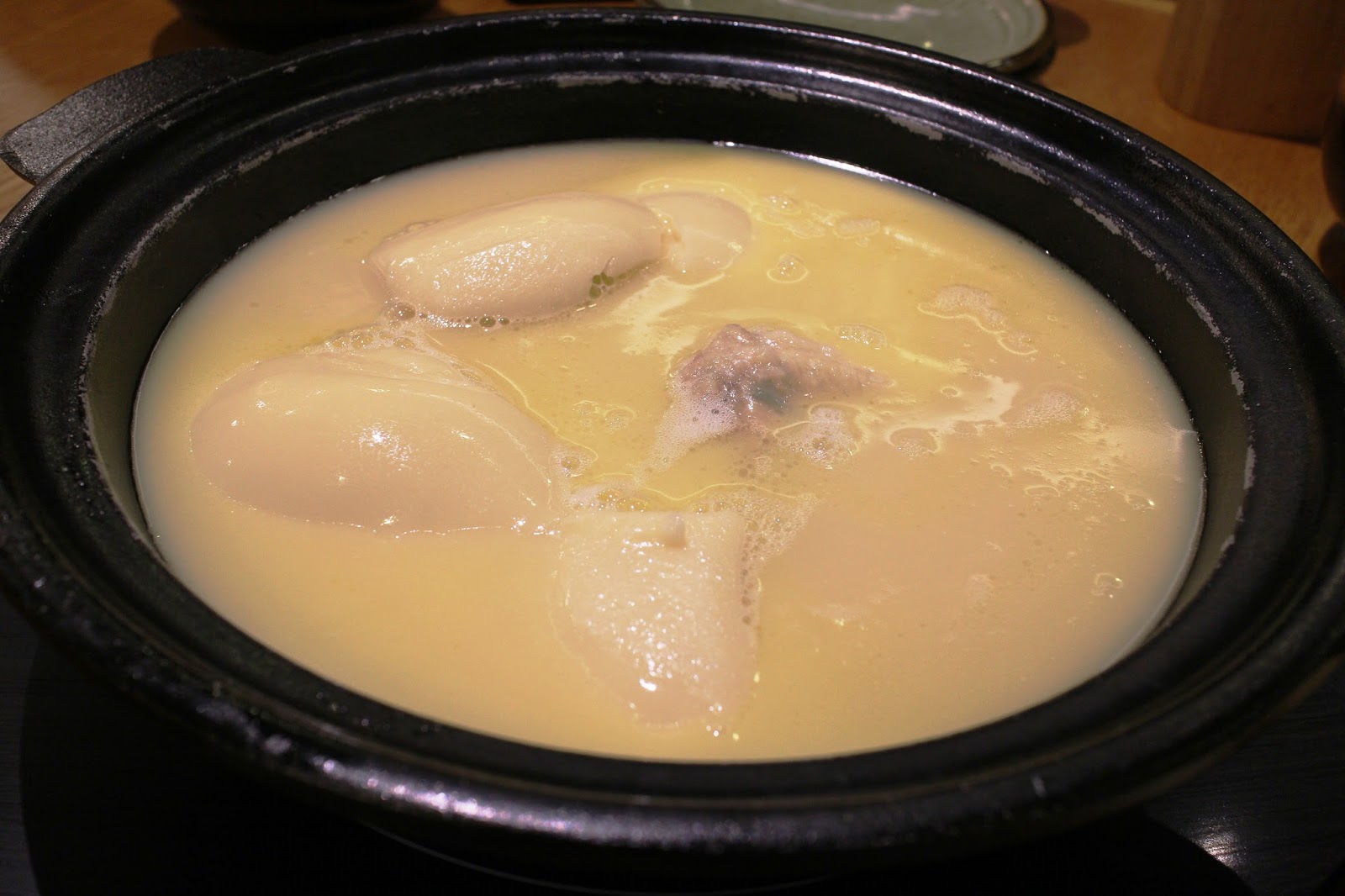 So this is like almost done with the melting. You can see that the wings and drunlets are in there. According to the waitress, this pot of collagen soup uses chicken bones, salt and water to cook. Boil and simmer for 8 hours. I never try doing that at home as it is gonna cost me a bomb (probably  not) for the gas bill. 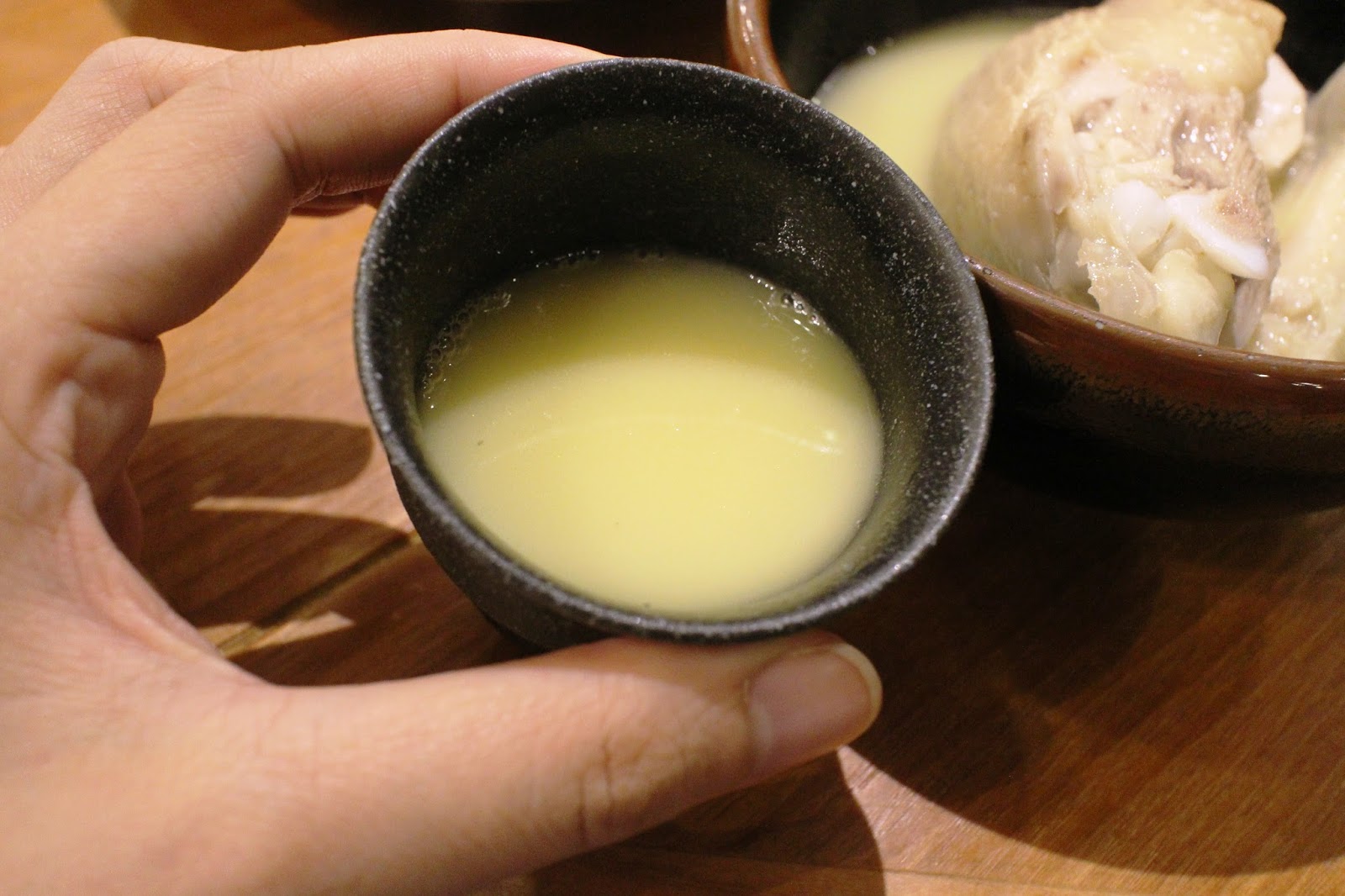 So for a start, we are served with a small cup of the soup for tasting, along with a bowl with soup again, plus the chicken meat (with skin intact).  The chicken was so-so and a little harden,  probably due to long hours but than again, it could be due to freshness too. Also the broth was thick and flavourful. How did they do that? A night full of collagen boost. 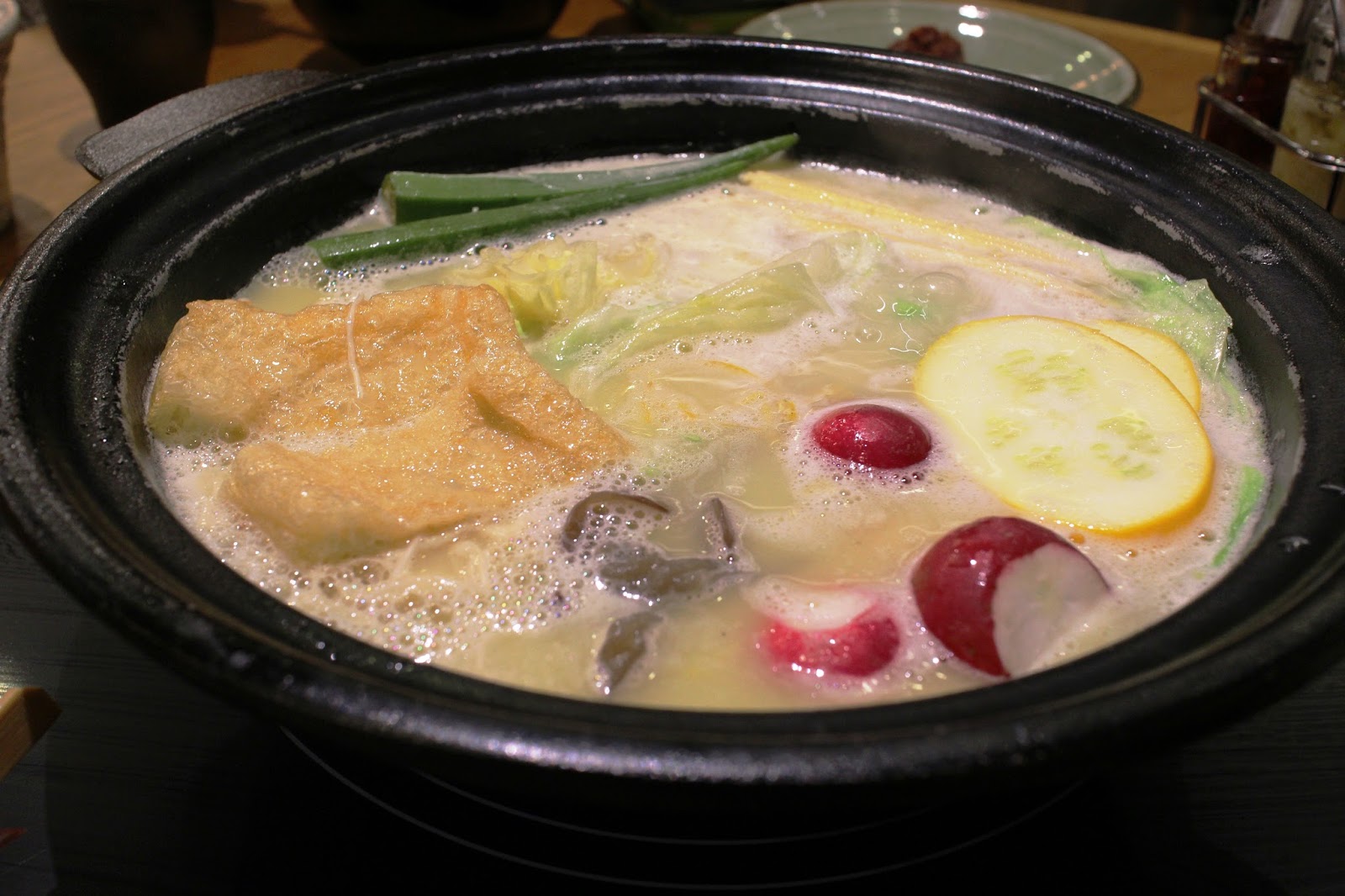 Here we are after 10 mins, all ingredients in except vegetables and prawns. Because the soup is thick, the ingredients absorb its goodness easily. If only I can have that tau pok only, along with noodles, it is perfect. The rest doesn't really matters. 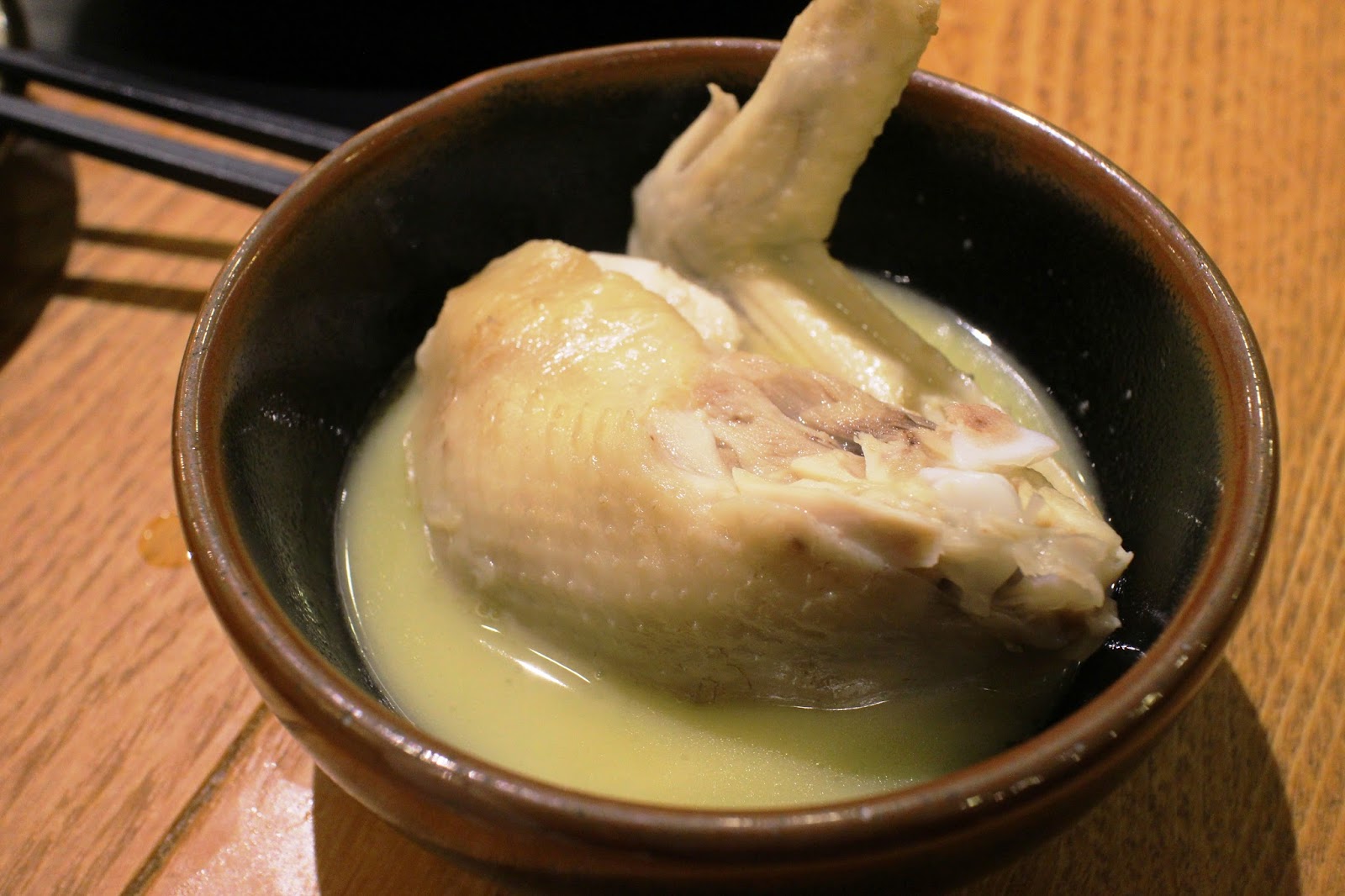 There you have it. The chicken served up from the soup. Quite a big piece but wipe off at least three quarter of it. But that is not the point of our long wait right? The main focus is their soup. Awesome. 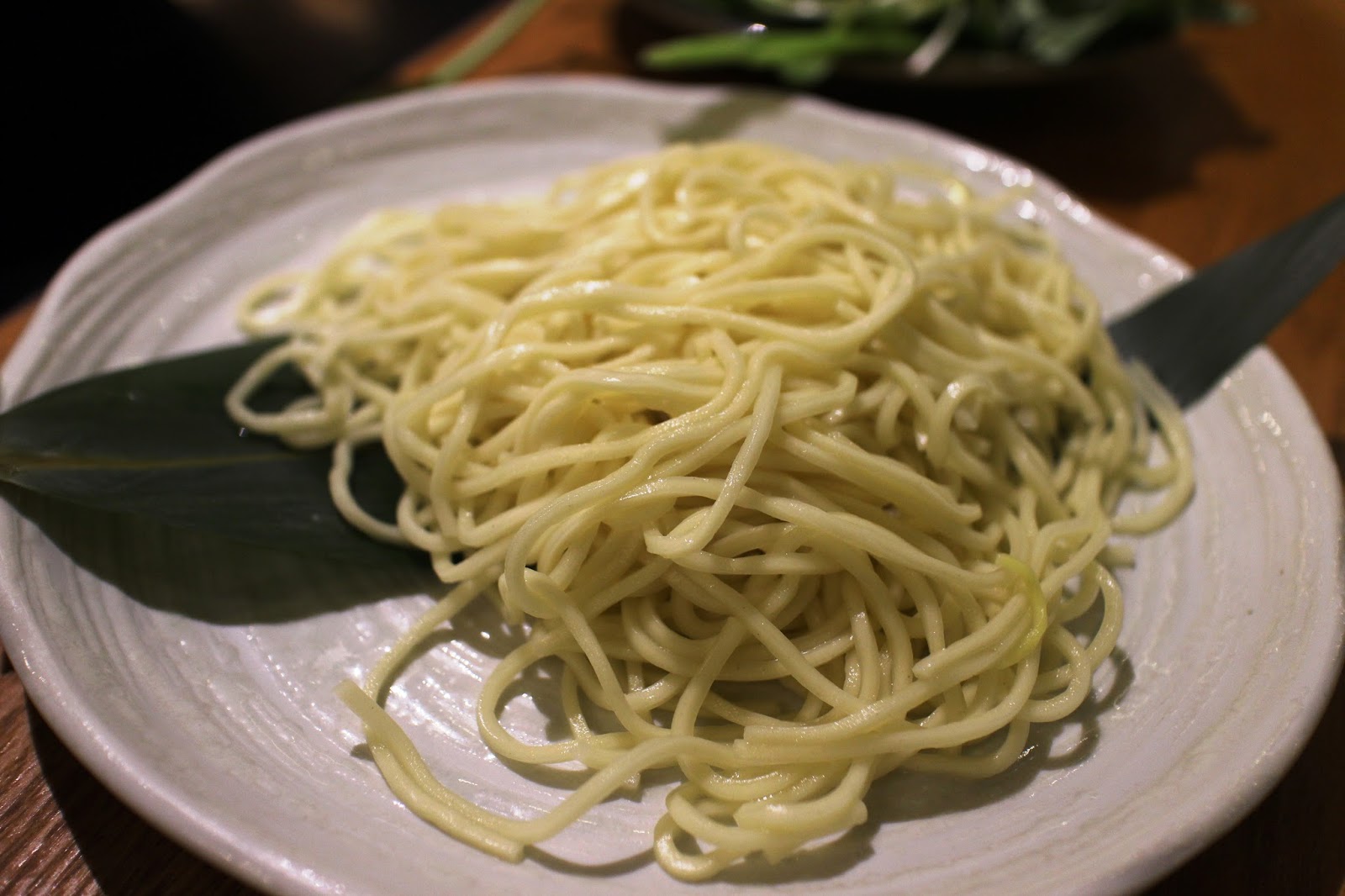 Here is the Thick Mochi Mochi Noodles to go along with the soup. They pre-cooked the noodles for you and all you need is just to dip into the soup for seconds and eat. Feels like shabu-shabu much this way. It wasn't that thick than we thought but taste good with a little springiness. 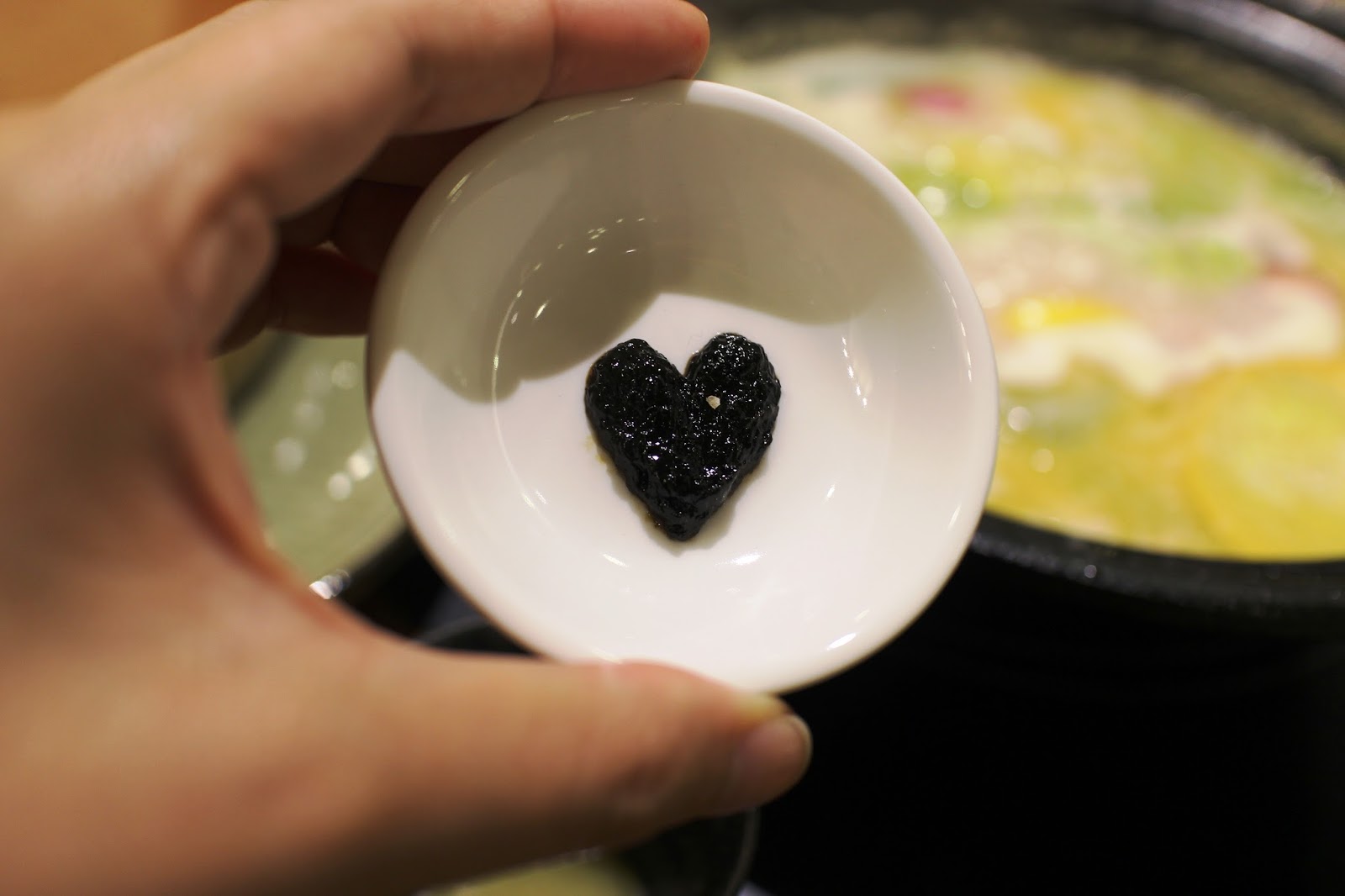 Was told that this was seaweed. I thought it was some paste or sauce but no, just seaweed. Dip some into the soup for taste enhancement. Never try it but according to my friend, it did nothing better, though the soup is already good on its own. Collagen overdose for the night. 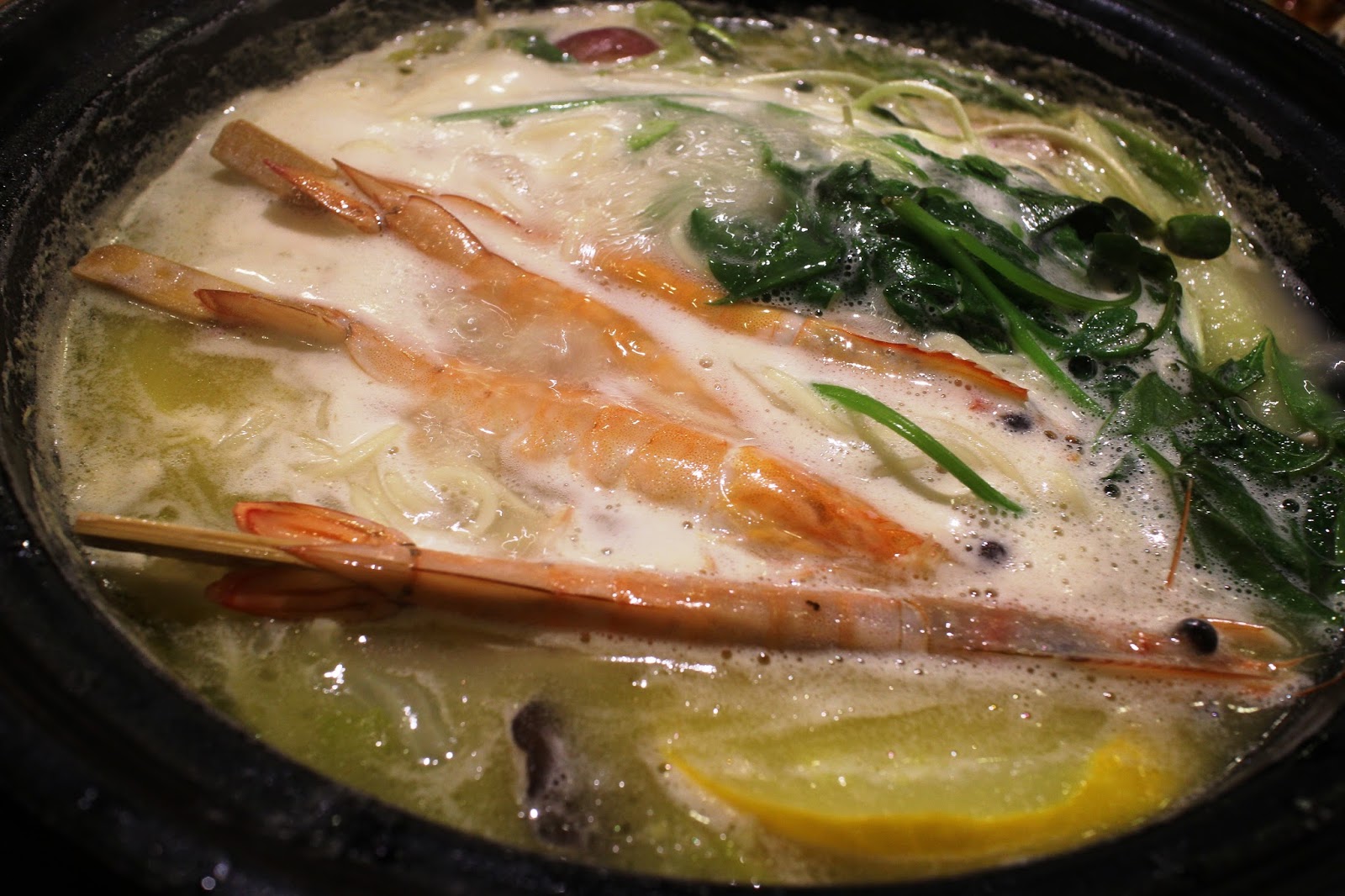 To end the post with this. Had the prawns towards the end. A little overcooked as we were busy talking away. So I can't blame anyone for stiff texture. Or probably the prawns are not fresh too. Neither of us know. We just have it. That's all.

And towards the end, the soup gets lesser and it gets saltier too. So do order an iced water or hot green tea to wash down the saltiness.

If you ask me whether I will come again, the answer is maybe. Because I don't like long waiting time and restricted meal time  (1.5 hours) though it might be more than enough for us. But if you are thinking to plan a big group gathering, find a place with no meal time restriction.