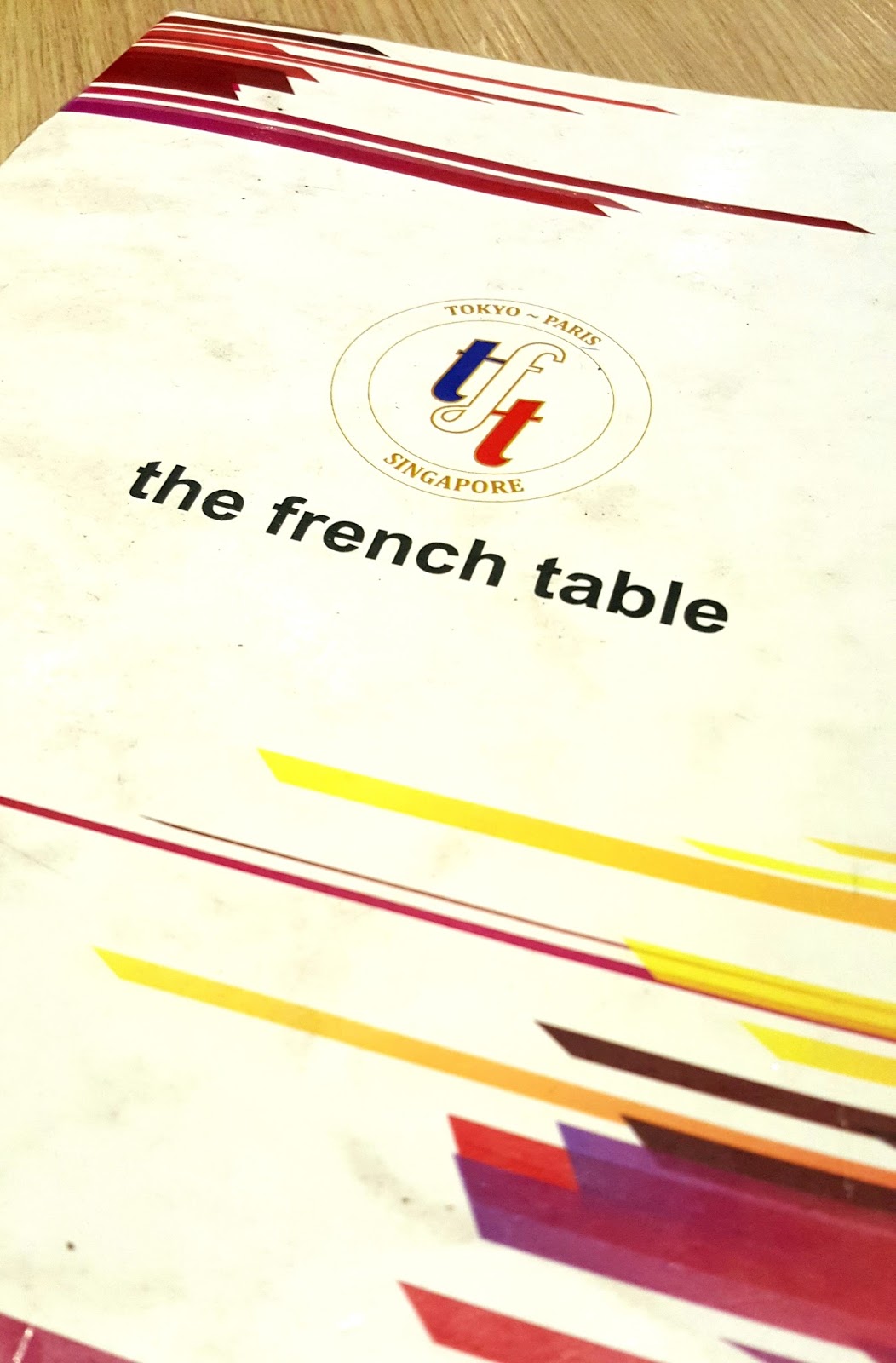 Always keeping a lookout for new places for meals, especially dinner time. Well... most lunches are quickies and am not that particular so long as reasonably priced. Yes, sometimes I do popped in to cafes or restaurants. But that is some times.

Passing by at times to the bus interchange and their cakes will usually be the ones that caught my eyes. Also having to eye on The French Table for quite some time because first, convenience, and then second, no queues nor crowded. That is like the basic criterias when it comes to patronizing a food place. I'm totally not that sort who will queue for the sake of food. Unless I'm challenged by how raving the reviews and how so many people go gaga over it by queuing for hours. That was just one time for that Beauty Pot. Okay lor. Hands DOWN!

Was quite looking forward to their menu and what was gonna be offered to us. Didn't order a main for myself because if I do, I don't think I can finish as there were sides that I am craving for. Hopefully it won't be a disappointment. 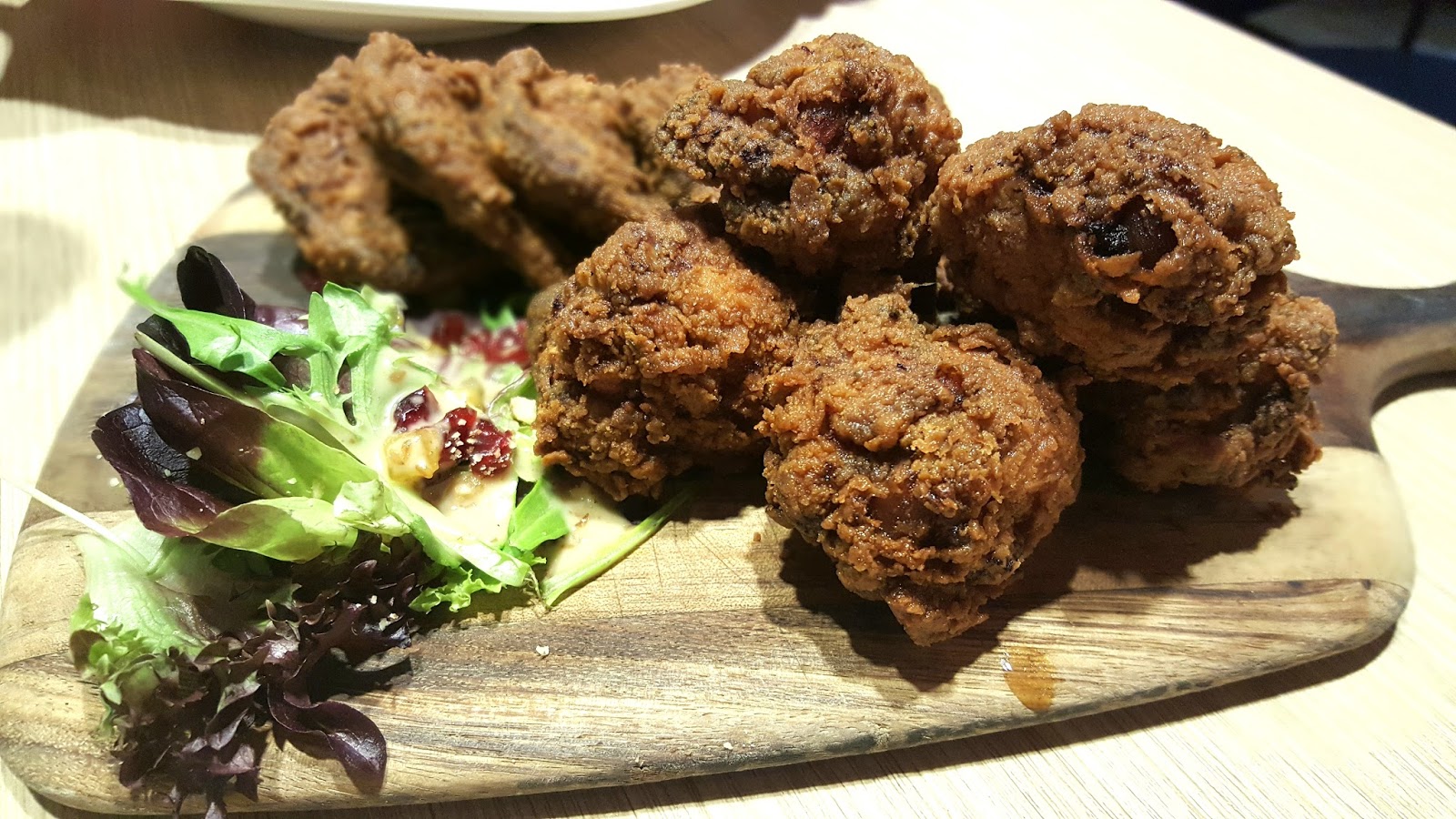 The appearance made it looked crunchy and tempting but in fact, it was over-fried from the colour itself and yes, it did have the crunch but a little tough and also tasteless with slight bitterness. Properly cooked from within. Looks like a large quantity on the food display board but it was merely separating the wings into two portions (mid wing and drumlet). 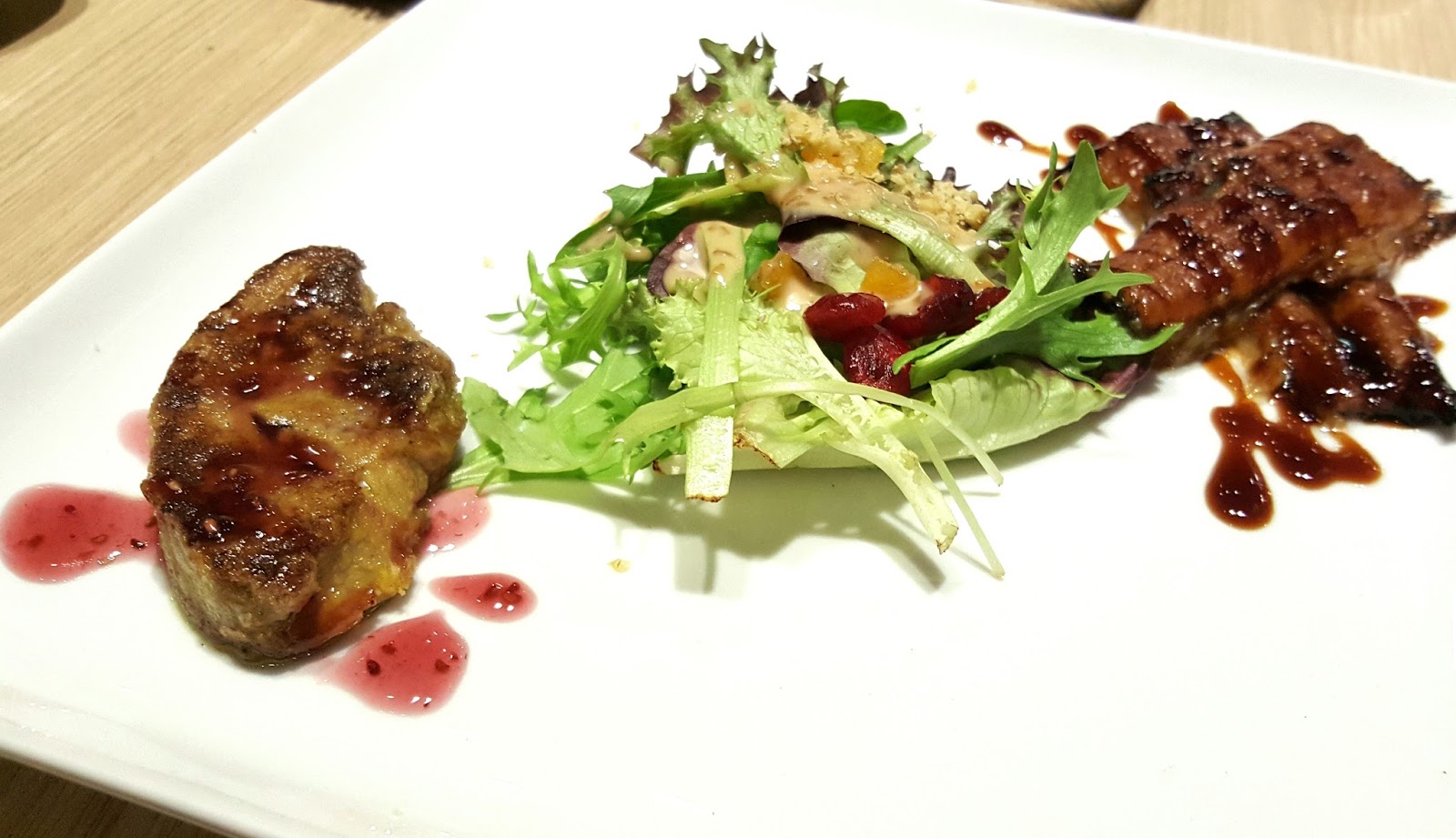 The plating gained point. Soft and melting slice of foie gras, it tasted mediocre. Nothing to shout about. Same goes to unagi. The sauce that went with it was sweet. Very usual. Well... nice try. 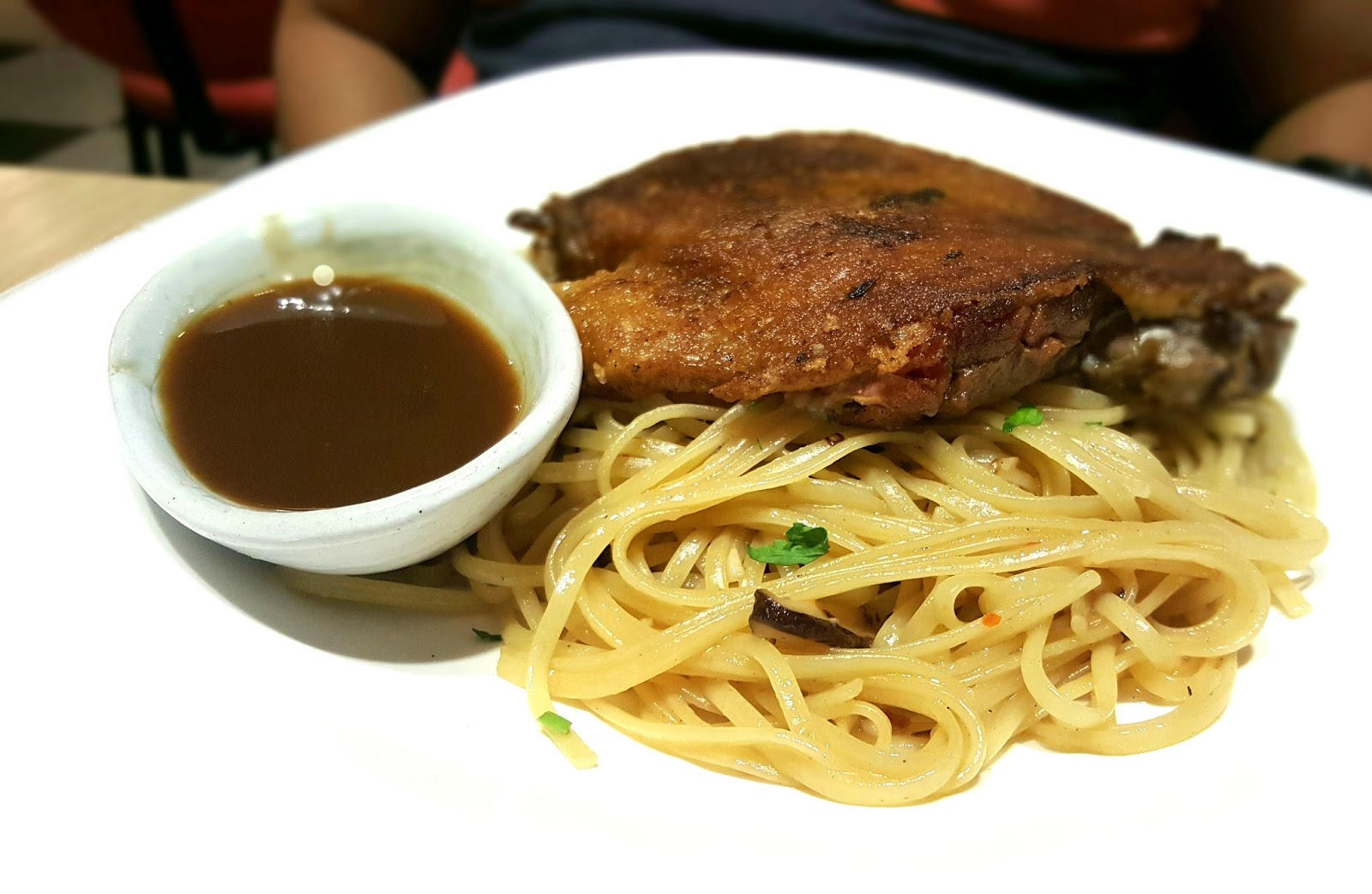 Expected something good as the impression was crafted from our virgin try at another restaurant. Honestly speaking, both restaurants were of the same range in terms of affordability but here, the duck meat was a little dry and lack of moisture. The only saving grace would be their aglio olio. The main cast wasn't as good as the supporting cast. Maybe their pastas were good. Probably give it a shot the next time. 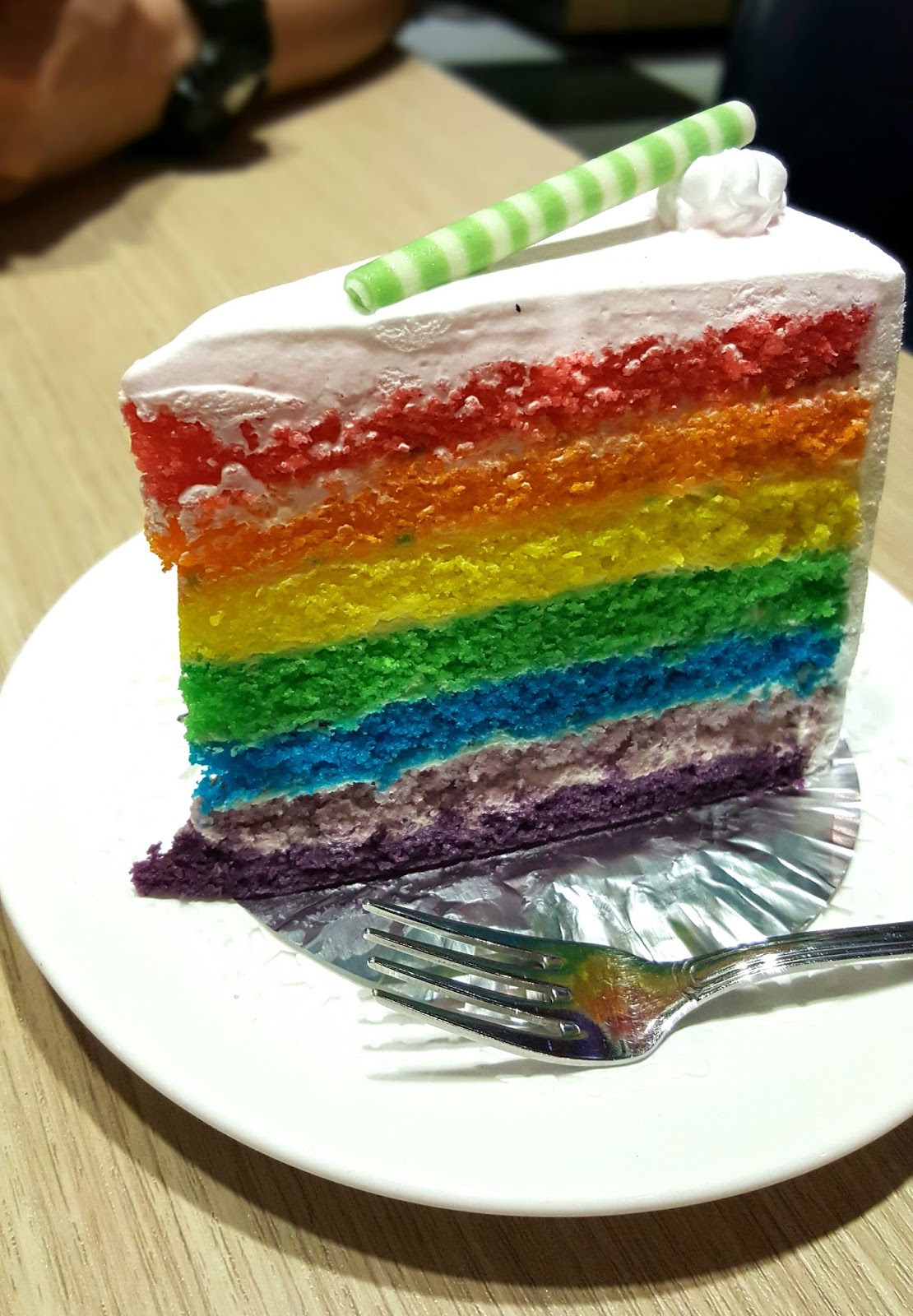 If you don't wanna get diabetic, skip this Rainbow Cake. Looks pretty but it was too sweet. My sweetness threshold is usually high towards sweet stuff but this had gone a little overboard. Dense texture. Probably this is how it should be but then not for me though.

Overall, this meal was pricey (cost me $80+) and food wasn't that fantastic. That was mainly my opinion and you might think otherwise. Many of your readers may have doubts about my verdict on many food reviews but like I say, every single human has their own unique taste bud. Au Revoir.